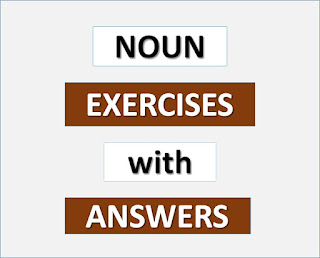 We have Three Exercises with Answers

QN 1. Write the nouns in the following sentences and state their kind also.

QN 2. Fill in the blanks with a suitable noun.