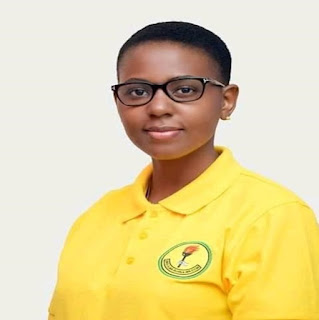 Chama Cha Mapinduzi (CCM) is the ruling party in Tanzania and the longest reigning party in Africa.

It was created on 5th February 1977 under the able leadership of Julius Nyerere.

During this period, there was a revolution which saw the merger of Afro-Shirazi Party (ASP) and Tanzania African National Union (TANU) to form CCM or “Party of The Revolution” in English.

These two antecedent parties had a strong foundation in anticolonial nationalist movement.

With time, CCM was able to attain the objective of the movement, thereby enforcing the legitimacy of the party. It promised security and equality among the members. Nyerere believed that multiparty was divisive in the African context.

He was also of the view that democracy could only prevail under the one-party system as there was no room for differences when seeking political office. Better still, having one party allowed consensus building and offered an effective way of conflict resolution.

Nyerere supported his position by arguing that by the overwhelming support of TANU was a clear sign that the opposition had a negligible chance of winning an election. To ensure people didn’t divide along
regional and ethnic lines, he made `Kiswahili’ the natural language.

After a few years, CCM grew into predominant machinery with weighty organizational structure. It was the only legal political party before the constitution was amended in 1992.

The social and ideological basis of the CCM

Chama cha Mapinduzi was formed to embody the socialist principles of Ujamaa. Cooperation among the African States, self-reliance, and development of economic activity, especially in the rural areas. This party also tried to put
emphasis on agriculture to raise the living standards of citizens in Tanzania. To pass the message across, the party flagged itself symbolically with a hammer and a hoe.

In the 1980s, Chama Cha Mapinduzi slowly transformed into a pro-business party where it was divided into branches, districts and then into regions. Julius Nyerere believed in freedom of choice and individual rights were protected within the one-party state. However, a national executive committee was formed to keep the party in order.

Over the years, CCM has remained focused on increasing productivity to boost the country’s revenue.

Secondly, it has embraced new technology while trying to expand both local and international
markets.

Thirdly, it has strengthened the private sector to sharpen the provision of social services, security, and infrastructure.

CCM also supports projects for the common man and advocates for peaceful co-existence with neighbors.

Within the international arena, the party has tried to enhance foreign policies with its main focus being on economic diplomacy.

What happened to CCM after Tanzania became a multi-party state?

After the constitution was amended in 1992, other parties started to complain of the harassment by CCM activists. This led to some kind of division between the ruling party and the opposition. Many people were of the view that these small parties come to sabotage all the efforts Nyerere had put in place of uniting one country because they represented ethnic, regional, and religious groups.

Since 1992, CCM has dominated the politics of Tanzania by winning all the past five general elections. It won both presidential and legislative elections in 1995, 2000, 2005, and 2010. In 1994, a by-election was held where Chama cha Mapinduzi won by a landslide.

In 1995 general election, CCM emerged the winner with 26 seats out of 50 in the national assembly. The opposition leaders accused CCM of voter bribery. Citing fraud in the election, the other parties boycotted the house and refused to conduct the business in parliament.

Thankfully, the Commonwealth secretary-general reconciled the winning party led by Benjamin Mpaka with the other parties.

In October 2000, the second multi-party elections were held in Tanzania where Benjamin Mpaka of CCM defeated his three main rivals by more than 71%. However, the election was marred by irregularities which led to violence claiming 23 lives. In 2001, CCM signed a coalition agreement with other parties to start a commission of inquiry to investigate the deaths.

In 2005, Jakaya Kikwete garnered more than 80% of the total votes cast. Out of the 232 seats in the national assembly, CCM won 206 seats. This was a major test of the reconciliation agreement. In 2010, Jakaya was re-elected and got 62% of the votes cast. During the same period, Chama Cha Mapinduzi got the majority of the parliamentary seats (186 out of 239).

In 2015, Kikwete did not appoint a successor, so Tanzanians had to bring a new blood into the leadership by electing John Magufuli who is the current chairman of CCM party.

He managed to garner 58.4% of the total votes cast. According to political scientists, many people are dissatisfied with the current leadership of Magufuli including the party members of CCM. This could mean we may see a new party taking over the leadership in the next coming general election.

Since CCM was formed, it has had four chairmen, where each was the president of the Republic of Tanzania. From 1977 to 1990, Julius Nyerere held this position. During this time, Tanzania was a one-party state with its central focus on economic development.

After that, Ali Hassan Mwinyi took over from 1990 to 1995. During his reign, the country made several economic and social reforms. For instance, it adopted the multi-party democracy which led to the formation of eleven new political parties. Next, Benjamin Mpaka became the chairman for 10 years (from 1996-2006). From 2006, the position is being held by the current president.

In 1992, Chama Cha Mapinduzi started making new changes to accommodate the changing environment. In December the same year, the party formed a major landmark when it formed its congress. The most notable change was the granting of autonomy change to what was known as `CCM faction’.

This saw the creation of CCM vice presidency and a secretariat. It gave the party a solid basis to act on any matters about the union. At the same time, CCM devised constitutional means to address the opposition. This explains why CCM is still the ruling party.

Chama Cha Mapinduzi has been around for the last four decades and has had its fair share of challenges. It has put mechanisms in place to ensure all the key organs are functioning properly. Since its inception, it has adhered to the laid down constitutional formalities and procedures.

Besides that, any party member who wants to get elected must go through a rigorous and comprehensive process. Without a doubt, CCM has exercised diligence, coherence, and discipline which has made Tanzania one of the most politically stable nations in Africa.