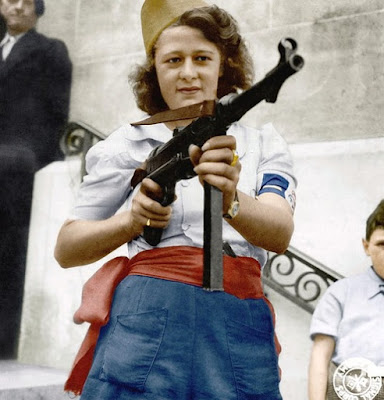 Leave your spade
Your hammer and your pen, companion
In the forest heart rise up
With your spear, your knife and your gun.

Forward in our fight
With weapons and with courage hurry.

There is no prison, no torture and no death
Which makes us fear

By the light of our party
Stand firm in our struggle

On the plain, in the paddy field,
In the city and the forests heart, stand firm

We are one
One force, one future in our land

Tomorrow is liberty
Yours sons will enjoy the fruits of our fight.

Let us companions
Let us match to freedom to progress.

A “Partisan” is a (soldier) member of a group that secretly fights against soldiers who are controlling their country. “Partisans’ song” is a song of freedom written by an anonymous poet that describes the movements of the partisans in fighting for their land. The poet spreads awareness among the partisans to unite, take up arms and sacrifice their lives fighting against the oppressor. The war is not expected to end until freedom is attained and its fruits enjoyed by all.

COLONIAL TORTURE AND OPPRESSION
The partisans have come to realise that they are subjected to colonial torture and oppression. For this matter they must make a deliberate choice to fight for their freedom against the colonial maltreatments. From the very beginning he urges his fellow partisans to decide on what is their priority for the time being. He asks them to forsake their normal life activities represented by spade, hummer and pen and take up weapons. They seem to have been sent to prison unfairly, tortured in the process and killed. But today they have no longer fear for the prison, torture nor death. He says;
There is no prison, no torture and no death
Which makes us fear

ARMED STRUGGLE
In the struggle for freedom sometimes it is mandatory to use armed struggle. This is used where the oppressors have firmly established themselves and developed deeper roots difficult to uproot. It was a method of struggle employed by most African countries that were under settler economic system during colonial domination. In this poem the persona calls for armed struggle because that is the only feasible way to eliminate colonial domination and claim for their freedom. He says:
Leave your spade
Your hammer and your pen, companion
In the forest hear rise up
With your spear, your knife and your gun.

UNITY AND SOLIDARITY
United we stand divided we fall. The poet seems to believe that for any struggle to be successful and yield the anticipated fruits, then unity is not an option it is a necessity. In his persuasion to the partisans he insists on unity as a force that will make them move together, fight together, conquer the enemy together and finally celebrate their victory together. He says;
We are one
One force, one future in our land
The use of the words “let us” in the last stanza suggest that the persona is not excluding himself from the struggle, in fact he is at the warfront encouraging those who might retreat to continue. He says
Let us companions
Let us match to freedom to progress.

SACRIFICE AND COURAGE
Sacrifice is very important in any struggle. Some members of the society have to lose their lives for others to survive. Many freedom fighters lost their lives in the battlefields ant at the warfronts so that their fellow countrymen and the generations to come may live in colonial-free countries. The persona does not fear to confront death if at all it leads to freedom, he encourages his fellow partisans to take courage never fear the colonial organs like prisons, torture or death. He encourages;
There is no prison, no torture and no death
Which makes us fear
If that is the only possible way then it is better to offer your life so that our people may live in peace. He adds;
Give your life brother
For the victory of our people’s freedom

OPTIMISM AND HOPES
At the end of a long night finally a bright day emerges.  This is also true in any struggle. At the end of a long, cumbersome struggle finally freedom culminates the bitter memories of the long struggle. The persona is very optimistic that their, efforts will not be in vain. One day the victory will be theirs and they with their people will enjoy it.
Give your life brother
For the victory of our people’s freedom
If not so then their children will enjoy the fruits of their fight. In such a way he is appealing to the partisans that their struggle is worthwhile. He says;
Tomorrow is liberty
Yours sons will enjoy the fruits of our fight

GUIDING QUESTIONS
i.           What is the poem about?
The poem is about a partisan who tries to persuade his fellow oppressed in the society to leave their normal activities, join hands, take up arms and go for the war of redemption of their land. He hopes that their struggle won’t be in vain but at the end the victory will be theirs; if not so at least their children will enjoy the fruits of their fight.
ii.         What type of the poem is this?
It is a modern poem of Lyric type as it has no regular rhyming scheme, there is variation in the number and length of verses per stanzas but it is short with strong feelings of an individual to the readers.
iii.       What is the tone of the poem?
The tone is optimistic throughout the poem. He is optimistic that if they unite, take courage, fight together then very soon they will enjoy their freedom.
Tomorrow is liberty
iv.        Who is speaking in the poem? How do you know?
The persona is a freedom fighter who tries to persuade others in the society to join him and fight for the freedom of their land. This is due to what he says in the last stanza.
Let us companions
Let us match to freedom to progress.
v.          Comment on the language use.
Since the person seems to address the common people (majority) in his society, he poet has used a very simple and straightforward language easy to understand and get the message intended for them.  Figures of speech are also used to pass the intended message across.
Þ    Symbolism
Hammer and Spade symbolise the normal manual workers.
Pen, stands for the intellectual workers (educated elites).
Spear, knife, gun symbolise armed struggle for freedom.
Tomorrow stands for the near future.
Þ    Metaphor
Our people is our strength
Þ    Parallelism
Leave your spade
Your hammer and your pen, companion
In the forest heart rise up
With your spear, your knife and your gun
Þ    Anaphora
Let us companions
Let us match to freedom to progress.
There is no prison, no torture and no death
Þ    Alliteration
Forward in our fight
With weapons and with courage hurry
Þ    Personification
the light of our party stand firm in our struggle
vi.        Show the messages from this poem.
Þ    United we stand divided we fall. In any struggle all the people from different professions need to join hands and fight against the common enemy.
Þ    Sacrifice is very important in any struggle. Some people have to die so that others may live in peace.
Þ    We must fight against all forms of injustice, oppression, and torture from the ruling class.
vii.      Is the poem relevant to Tanzania today?
Þ    The poem is very relevant to Tanzania today because;
Þ    We still experience the torture and oppression from the ruling class especially through the government organs like the police and the prison.
Þ    Unity and solidarity are still necessary tools for any struggle. Workers need to unity together by forming (workers unions) to fight for their rights against the exploitative employers.