Home English Literature ENGLISH - Poem - ONCE UPON A TIME

ENGLISH - Poem - ONCE UPON A TIME 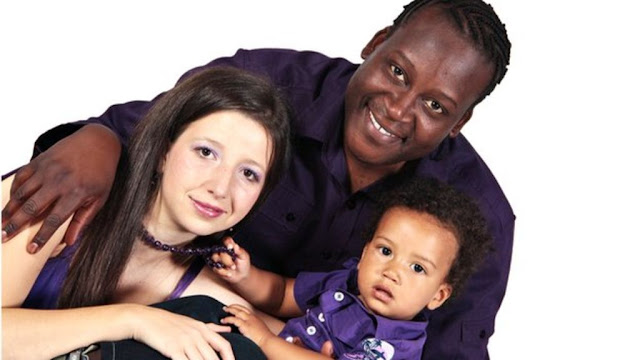 ONCE UPON A TIME
By Gabriel Okara

Gabriel Imomotimi Okara (24 April 1921 – 25 March 2019) was a Nigerian poet and novelist who was born in Bumoundi in Yenagoa, Bayelsa State, Nigeria. The first Modernist poet of Anglophone Africa, he is best known for his early experimental novel, The Voice (1964), and his award-winning poetry, published in The Fisherman's Invocation (1978) and The Dreamer, His Vision (2005).

ONCE UPON A TIME
Gabriel Okara (Nigeria)

Once upon a time, son
They used to laugh with their eyes:
But now they only laugh with their teeth,
While their ice-block-cold eyes
Search behind my shadow.
There was a time indeed
They used to shake hands with their hearts:
But that’s gone, son.
Now they shake hands without hearts:
While their left hands search
My empty pockets.
Feel at home!’ ‘Come again’:
They say, and when I come
Again and feel
At home, once, twice
There will be no thrice –
For then I find doors shut on me.
So I have learned many things, son.
I have learned to wear many faces
Like dresses – home face,
office face, street face, host face,
cocktail face, with all their conforming smiles
like a fixed portrait smile.
And I have learned too
To laugh with only my teeth
And shake hands without my heart.
I have also learned to say, ‘Goodbye’,
When I mean ‘Good-riddance’;
To say ‘Glad to meet you’,
Without being glad; and to say ‘It’s been
Nice talking to you’, after being bored.
But believe me, son.
I want to be what I used to be
When I was like you. I want
To unlearn all these muting things
Most of all, I want to relearn
How to laugh, for my laugh in the mirror
Shows only my teeth like a snake’s bare fangs!
So, show me, son,
How to laugh; show me how
I used to laugh and smile
Once upon a time when I was like you.

One upon a time is a narrative poem by a Nigerian Gabriel Okara that reflects how the African’s sense of his/her identity is affected by European culture. The father in this poem regrets the compromises he has made and that have resulted to the loss of his dignity and pride. The poet looks back at a time in the past when people were honest, sincere in their dealings with one another. He regrets about the behavior of the people now. He says that he wants to see the frankness of people that existed long time ago. The poet expresses his sadness comparing his laugh to that of a snake. However as he has come back to his senses he is yet determined to unlearn all these muting things Europeans have introduced.

LOSS OF DIGNITY AND PRIDE
The poem centres entirely on the loss of the dignity and the pride that Africans had before the coming of Europeans. Africans were sincere in what they do. They had true love, cooperation, and showed honesty. Things began to fall apart after the introduction of European culture in which case both dignity and the pride of Africans were lost altogether. The father says to his son;
Once upon a time son,
They used to laugh with their hearts
And laugh with their eyes
But now they only laugh with their teeth
While their ice-block-cold eyes
Search behind my shadow

COMPROMISE/CULTURAL ALIENATION
Furthermore through the poem, the poet shows that Africans have compromised their culture in favour of the new Western Culture. They have compromised the good values that held Africans together and gave them a sense of identity and togetherness such as kindness and sincerity in what they do or feel. Today they wear many faces depending on the context (occasion) but without feelings in the heart. The father says:
I have learn to wear many faces
Like dresses- homeface
Officeface, streetface, hostface, cocktailface,
With all their comforting smiles
Like a fixed portrait smile.
The poet shows that even their smiles are fake ones because they keep smiling even when they don’t mean it. They look like a smiling picture fixed on the wall that keeps smiling. As he has now come to his senses and discovered the compromise he has made, he wants to unlearn these things and go back to the basics.

HYPOCRISY
Hypocrisy can simply be defined as pretending to be what you are not. Moreover through the poem the poet shows the highest level of hypocrisy that Africans have inherited from Europeans. The current situation shows that there are people who show you a happy face while deep in their hearts they are filled with hatred towards you. They outwardly say goodbye (wishing you a nice departure) but deep in their hearts they mean Good-riddance (they are happy for getting rid of you). They say they are glad to meet you while in fact there is no gladness in them, and they will say it’s been nice talking to you while they mean that you have actually bored them. This is hypocrisy of the highest order. The father says to his son
I have also learned to say Goodbye
When I mean Goodriddance
To say glad to meet you
Without being glad; and to say “It’s been
Nice talking to you” after being bored.
The speaker tells us that he has learnt to deal with this fake, insincere world by changing himself to one of those people. Like others, he too hides his real feelings. He says that he has learnt “to wear many faces like dresses” Just like people keep changing dresses to suit different occasions, the poet has learnt to behave differently in different situations.

EFFECTS OF EUROPEAN CULTURE
Ever since the coming of Europeans to Africa, Africans have adopted many things from Europe. Initially, Africans were sincere in everything they do; they showed passion for each other, but now hypocrisy has become the way of life. The persona regrets and longs to go back to his natural African identity and culture. He wants to behave the way he used to behave. The persona says;
But believe me son
I want to be what I used to be
When I was like you. I want
To unlearn all these muting things.

AWARENESS AND IDENTITY
The persona is aware of his African identity and he is aware of the potential changes that have occurred to him and in fact to his fellow Africans. Africans have adopted the culture that is not in line with their core African values. As he becomes aware of the loss of his African identity he wants to sharply take a u-turn and go back to correct the mistake he has done. He is determined to regain the honesty he had in everything he used to do. He says to his son;
So show me son
How to laugh; show me how
I used to laugh and smile
Once upon a time when I was like you.
Showing his determination to regain his lost sense of African Identity, he adds;         But believe me son
I want to be what I used to be
When I was like you. I want
To unlearn all these muting things

STRUGGLE FOR CHANGE
The persona is struggling for change. He calls upon the Africans to be aware of where they came from, where they are, and where they were supposed to be. The persona shows a sense of regret due to the fact that Africans are gradually losing their good values and identity unawares. This is a wakeup call that will invite all willing Africans to go back to embrace our good values. He says;
. ..I want
To unlearn all these muting things
Most of all I want to relearn
How to laugh....
Here ‘muting’ may be like the poet has learnt to behave in such a way that it ‘mutes’ or ‘silences’ his real feelings. He tells his son that he wants to get rid of this false laugh showing only the teeth. The comparison of his laugh in the mirror to a snake’s bare fangs brings out the fact that the smile is artificial and might be dangerous. The persona regrets his fake behaviour and so expresses his desire to unlearn all those bad things and learn how to laugh sincerely.

THE INNOCENCE OF CHILDREN
The innocence of children is also a major theme in this poem as it is this state that the persona wants to go back to. It is his childhood that he remembers throughout the poem, the time when things seemed so much more real and sincere. Or maybe it is only that the persona is remembering his childhood through the eyes of a child, when he was too young to understand how people behave. Perhaps there was no such time when life was perfect, perhaps it is only a misconception induced by nostalgia but the persona does not care. He says
I want to be what I used to be
When I was like you.
The poet asks his son to show him how to laugh sincerely. Children do not fake things. They show what they feel inside. Again, the phrase ‘once upon a time’ reiterates the fact that he wants to be what he used to be once in the past.

GUIDING QUESTIONS
Ø  What is the poem about?
The poem is about the father who regrets the compromises he has made and that have resulted to the loss of his dignity and pride. However as he has come back to his senses he is yet determined to unlearn all these muting things Europeans have introduced and go back to embrace his African identity.
Ø  What kind of a poem is this?
This is a freeverse/modern poem, but it is specifically a narrative poem as it tells a story in a traditional monologue style from a father to his son.
Ø  Who is the persona and how do you know?
The persona is a father speaking to his son. This is revealed when he says
But believe me son
I want to be what I used to be
When I was like you.
Ø  What is the mood and tone of the poem?
The tone is nostalgic as the father remembers what things used to be like once when he was a child. The persona is not pleased with the changes that have taken place. This creates a sad or unhappy mood to the readers.
Ø  Comment on the structure of the poem.
ü  The poem is made up of seven (7) stanzas.
ü  Stanza 1-4 have six verses each of unequal length
ü  Stanza5 has eight verses
ü  Stanza six has seven verses
ü  Stanza seven has four verses.
Ø  Comment on the rhyming scheme
The poem has irregular rhyming scheme.
Ø  Comment on the language use.
The language used is simple and easy to understand. He has used oral traditional story-telling technique “once upon a time” to enrich his style in language. This is a monologue as the father speaks to the son but the son does not respond.
Figures of speech.
The poem contains the following figures of speech.
v  Personification
While their ice-block-cold eyes Search behind my shadow
v  Simile
ü  I have learned to wear may faces like dresses.
ü  Their comforting smiles like a fixed portrait smile
ü  My teeth like a snake’s bare fangs
v  Parallelism
Homeface, Officeface, streetface, hostface, cocktailface
v  Consonance : once twice, but that’s gone son
MESSAGES
Ø  Africans should be aware of their identity.
Ø  Africans should be proud of their culture and dignity.
Ø  Hypocrisy is not good. It should be discarded
Ø  We should not compromise our standards in favour of European culture.
RELEVANCE
The poem is relevant in a number of ways.
Ø  There are people in our societies who have been affected by loss of innocence. There are many hypocrites in our societies. People are no longer kind as they used to be in the past.