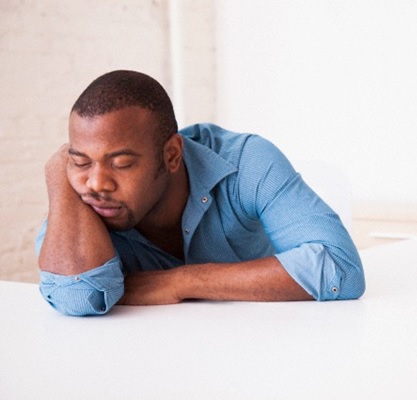 THE LAZY MAN
When the cock crows
The lazy man smacks his lips and says;
So it is daybreak again, is it?
And before he turns over heavily,
Before he even stretches himself,
Before he even yawns -
The farmer has reached the farm,
The water carriers arrive at the river,
The spinners are spinning their cotton,
The weaver works on his cloth,
And the fire blazes in the blacksmith’s hut.
The lazy man knows where the soup is sweet
He goes from house to house.
If there is no sacrifice today,
His breastbone will stick out.
But when he sees the free yam,
He starts to unbutton his shirt,
He moves closer to the celebrant.
Yet his troubles are not few
When his wives reach puberty,
Rich men will help him to marry them.

This is a poem from Yoruba culture in Nigeria that criticises the behaviour of some members of the society that seem to sleep too much than work. Finally they end up becoming poor and can hardly afford a living as a result they end up being burden to others as they keep begging from others’ houses. Additionally, the poet shows that in this society the betrothal for marriage is done at a young age and children wait until puberty to officialise the marriage. In the traditional set up those days, one was betrothed to his future wives at young age and they could only get married when both a man and a woman mature. So the lazy man could not afford dowry payment and either had to be helped or let go the women to be married by men of/with honour/wealth.

LAZINESS/IRRESPONSIBILITY
The lazy man in this poem is surely very lazy. While other wake up early in the morning to engage in different economic activities like farming, spinning cotton, weaving and iron working he sleeps till daylight. His laziness becomes more evident when he gets angry at the time of the day when he notices that it is daybreak since he doesn’t want to wake up. He complains “so it is daylight again, is it?” When he notices that it is daybreak he does not wake up but rather he turns over heavily, stretches himself, yawns and then goes on with sleeping. Laziness is one of the major causes of poverty to most people.

RESPONSIBILITY
The poem shows that other people in the same society are very hardworking. They wake up early and get engaged in different economic and domestic activities such as; farming, spinning cotton, weaving cloths, iron working and fetching water. This is a sprit that has to be encouraged in our society as it makes people get rid of poverty. He says:
The farmer has reached the farm,
The watercarriers arrive at the river,
The spinners are spinning their cotton,
The weaver works on his cloth,
And the fire blazes in the blacksmith’s hut.

TRADITIONAL MARRIAGE (BETROTHAL)
In the traditional set up those days in some African societies, one was betrothed to his future wives at young age and they could only get married when both the man and the woman mature. So the lazy man could not afford paying the bride price and either had to be helped by men with wealth or let go the women to be married by others. As the persona says;
Yet his troubles are not few
When his wives reach puberty,
Rich men will help him to marry them.
The 'wives' here is used to mean 'betrothed to'. By the time they mature (in an African set up puberty is regarded as a sign of maturity) and readiness for marriage.  But since the man is lazy, he will not have the required dowry payment for his betrothed wives so, he will request the rich to assist him or he may give up and leave his wives to get married to other rich men.

POVERTY
The poet shows that one of the major causes of poverty in the society is laziness. This man is so poor because while other hardworking people rise up early in the morning and start engaging in different social economic activities he spends the whole morning in bed. When he finally wakes up he starts calling from house to house looking for free yam. As a result the poet suggests that he won’t be able to marry the girls he has betrothed but rich people will marry them for him.
When his wives reach puberty,
Rich men will help him to marry them.

GUIDING QUESTIONS
Ø  What is the poem about?
The poem is about a lazy man who doesn’t like to work. He wakes up late and begins going house to house begging for soup or looks for a house with sacrifice where he can get free yam. Because of his laziness he won’t be able to marry the wives betrothed to him, as a result rich men will marry them for him.
Ø  What the type of the poem is this?
It is a freeverse/modern poem of the Lyric type as it expresses the strong feelings of sadness by the poet towards lazy people in the society who end up becoming troublesome and burdens to others.
Ø  What is the tone and mood of the poem?
The tone is unhappy and sad because the persona is not pleased with the behaviour of the lazy man who doesn’t want to work but keeps on going to other people’s houses looking for free food.
Ø  Who is the persona? How do you know?
The persona might be a neighbour. This is revealed from stanza one where he seems to know the lazy man’s behaviour from his bedroom.
Ø  What is the tone and mood of the poem?
The tone is disappointed and unhappy about the behaviour of the lazy man. This creates a sad mood towards the man who dislikes working but keeps on begging food from house to house.
Ø  Comment on the structure of the poem.
The poem is made up of 5 stanzas of unequal number of verses.
Stanza one has 11 verses
Stanza two has 2 verses
Stanza three has 2 verses
Stanza four has 3verses
Stanza five has 3 verses
Ø  Comment on the language use
The language used is simple and easy to understand and get the intention of the poet. The poet has made good choice of vocabulary that carries the message across. Words like farmer, water carrier, spinner, weaver and blacksmith represent hardworking people while lazy man suggest the lazy man who dislikes working.
The poet has also made use of poetic licence to achieve a particular poetic effect. The fact that the lazy man does not care about his grammar shows that he is not serious about life itself or that he comes from a low class that speaks non -standard English and uses the general tag question is it? In a place where isn’t it? was supposed to be used.  So it is daybreak again, is it?
Ø  The figures of speech
ü  Consonance
The lazy man smacks his lips and says
ü  Alliteration
When the cock crows
ü  Anaphora
And before he turns over heavily,
Before he even stretches himself,
Before he even yawns
ü  Parallelism
The farmer has reached the farm,
The water carriers arrive at the river,
The spinners are spinning their cotton,
The weaver works on his cloth,
And the fire blazes in the blacksmith
MESSAGES
Ø  We should be hard working to alleviate poverty in our families and the society at large
Ø  Laziness is a bad behaviour that should be discouraged.
Ø  Some traditional customs like early childhood betrothal are outdated. They should be discouraged.
RELEVANCE
Ø  There are lazy people everywhere. These believe that someone somewhere has a duty to help them and they have made themselves permanent beggars.
Ø  Hardworking people can also be found in our societies. These ones know that they are the authors of their own destiny. So they work up early and begin chasing their dreams.
Ø  There are some societies that are still practising early childhood betrothal. The Maasai of Northern Tanzania are reported to practise the same.