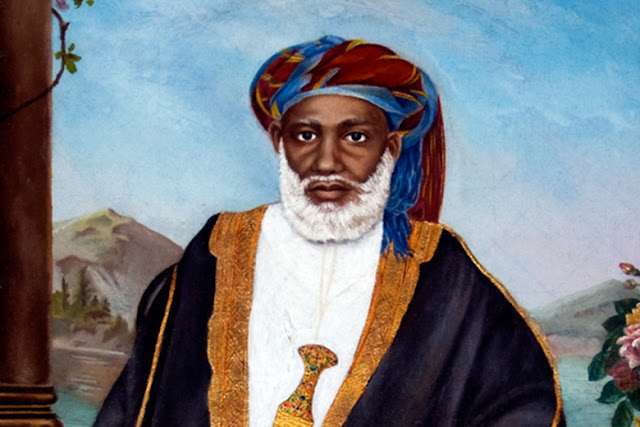 Tippu Tip, or Tippu Tib (1832 – June 14, 1905), real name Hamad bin Muhammad bin Juma bin Rajab el Murjebi was an Arab–Zanzibari slave trader, ivory trader, explorer, plantation owner and governor. He worked for a succession of the sultans of Zanzibar. Tippu Tip traded in slaves for Zanzibar's clove plantations. As part of the large and lucrative ivory trade, he led many trading expeditions into Central Africa, constructing profitable trading posts deep into the region. He bought the ivory from local suppliers and resold it for a profit at coastal ports.
Throughout his lifetime Hamad bin Muhammad bin Juma bin Rajab el Murjebi was more commonly known as Tippu Tib, which translates to "the gatherer together of wealth". According to him, he was given the nickname Tippu Tip after the "tiptip" sound that his guns gave off during expeditions in Chungu territory.
At a relatively young age, Tippu Tip led a group of about 100 men into Central Africa seeking slaves and ivory. After plundering several large swathes of land he returned to Zanzibar to consolidate his resources and recruit for his forces. Following this he returned to mainland Africa.