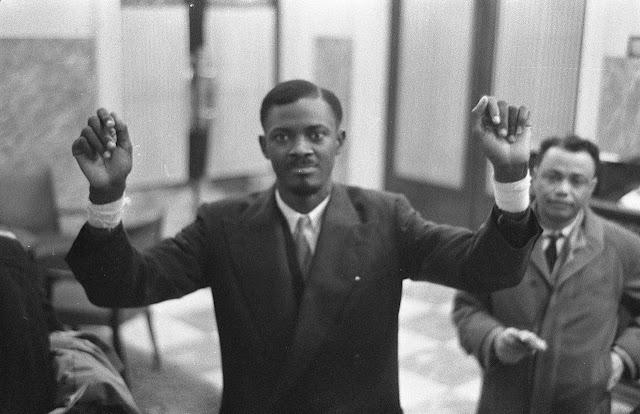 Patrice Émery Lumumba alternatively styled Patrice Hemery Lumumba; (2 July 1925 – 17 January 1961) was a Congolese politician and independence leader who served as the first Prime Minister of the independent Democratic Republic of the Congo (then Republic of the Congo) from June until September 1960. He played a significant role in the transformation of the Congo from a colony of Belgium into an independent republic. Ideologically an African nationalist and Pan-Africanist, he led the Congolese National Movement (MNC) party from 1958 until his assassination.

Shortly after Congolese independence in 1960, a mutiny broke out in the army, marking the beginning of the Congo Crisis. Lumumba appealed to the United States and the United Nations for help to suppress the Belgian-supported Katangan secessionists led by Moise Tshombe. Both refused, so Lumumba turned to the Soviet Union for support. This led to growing differences with President Joseph Kasa-Vubu and chief-of-staff Joseph-Désiré Mobutu, as well as with the United States and Belgium, who opposed the Soviet Union in the Cold War.

Lumumba was subsequently imprisoned by state authorities under Mobutu and executed by a firing squad under the command of Katangan authorities. Following his assassination, he was widely seen as a martyr for the wider Pan-African movement. In 2002, Belgium formally apologised for its role in the assassination.