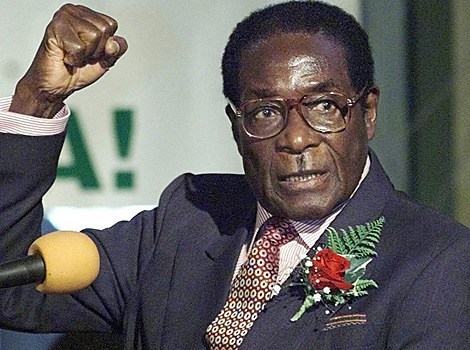 Robert Gabriel Mugabe (21 February 1924 – 6 September 2019) was a Zimbabwean revolutionary and politician who served as Prime Minister of Zimbabwe from 1980 to 1987 and then as President from 1987 to 2017. He served as Leader of the Zimbabwe African National Union (ZANU) from 1975 to 1980 and led its successor political party, the ZANU – Patriotic Front (ZANU–PF), from 1980 to 2017. Ideologically an African nationalist, during the 1970s and 1980s he identified as a Marxist–Leninist, and as a socialist after the 1990s. His policies have been described as Mugabeism.

On 6 November 2017, Mugabe sacked his first vice-president, Emmerson Mnangagwa. This fueled speculation that he intended to name Grace his successor. Grace was very unpopular with the ZANU–PF old guard. On 15 November 2017, the Zimbabwe National Army placed Mugabe under house arrest as part of what it described as an action against "criminals" in Mugabe's circle.

Mugabe was unable to walk, according to President Mnangagwa in November 2018 and had been receiving treatment in Singapore for the previous two months. He was hospitalised in Singapore in April 2019, making the last of several trips to the country for medical treatment, as he had done late in his presidency and following his resignation. He died at Gleneagles Hospital in Singapore on 6 September 2019 at about 10:40 a.m. (Singapore Standard Time), according to a senior Zimbabwean diplomat. Although the cause of death was not officially disclosed, his successor Emmerson Mnangagwa told ZANU–PF supporters in New York City that Mugabe had advanced cancer and his chemotherapy treatment had ceased to be effective.