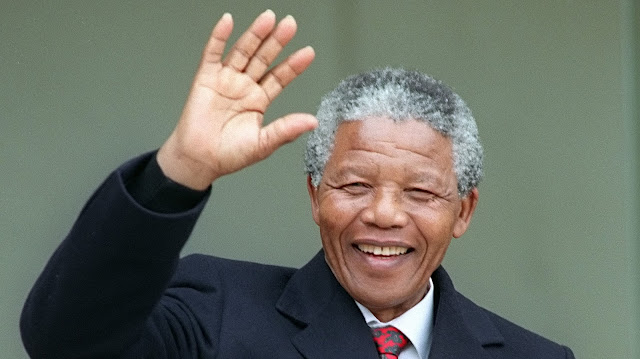 Nelson Rolihlahla Mandela (18 July 1918 – 5 December 2013) was a South African anti-apartheid revolutionary, political leader, and philanthropist who served as President of South Africa from 1994 to 1999. He was the country's first black head of state and the first elected in a fully representative democratic election. His government focused on dismantling the legacy of apartheid by tackling institutionalised racism and fostering racial reconciliation. Ideologically an African nationalist and socialist, he served as the president of the African National Congress (ANC) party from 1991 to 1997.

In February 2011, Mandela was briefly hospitalised with a respiratory infection, attracting international attention, before being re-admitted for a lung infection and gallstone removal in December 2012. After a successful medical procedure in early March 2013, his lung infection recurred and he was briefly hospitalised in Pretoria. In June 2013, his lung infection worsened and he was readmitted to a Pretoria hospital in serious condition. The Archbishop of Cape Town Thabo Makgoba visited Mandela at the hospital and prayed with Machel, while Zuma cancelled a trip to Mozambique to visit him the following day. In September 2013, Mandela was discharged from hospital, although his condition remained unstable.

After suffering from a prolonged respiratory infection, Mandela died on 5 December 2013 at the age of 95, at around 20:50 local time (UTC+2) at his home in Houghton, surrounded by his family.