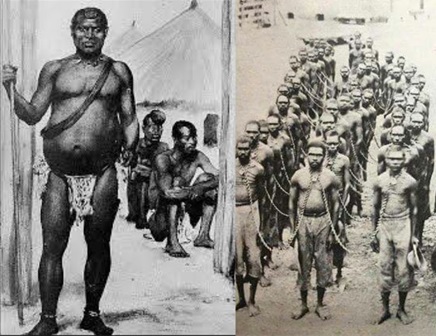 The Majimaji War (1905–1907) was the most significant uprising mounted by Tanzanians against the German colonial rule. It was also one of the most catastrophic events in the colonial history of Africa. Between 100,000 and 300,000 people of southern Tanzania died from the war and its aftermath. Despite this acknowledged death toll, only two known Majimaji mass graves exist.

The insurgents turned to magic to drive out the German colonizers and used it as a unifying force in the rebellion. A spirit medium named Kinjikitile Ngwale, who practiced Folk Islam that incorporated animist beliefs, claimed to be possessed by a snake spirit called Hongo.

Ngwale began calling himself Bokero and developed a belief that the people of German East Africa had been called upon to eliminate the Germans. German anthropologists recorded that he gave his followers war medicine that would turn German bullets into water. This "war medicine" was in fact water (maji in Kiswahili) mixed with castor oil and millet seeds. Empowered with this new liquid, Bokero's followers began what would become known as the Maji Maji Rebellion.