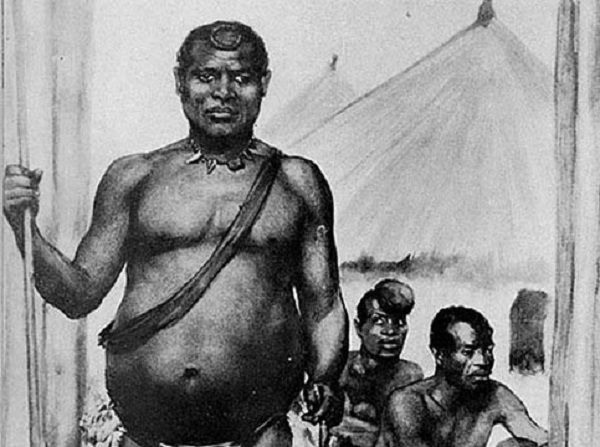 Kinjikitile was born in what is now Tanzania (then German East Africa, later Tanganyika). In 1904, the then relatively unknown Kinjikitile disappeared from his home in Ngarambe, Matumbi. The Matumbi people practiced Folk Islam. He returned after a few days and said that he had been possessed by a spirit medium called Hongo, believed to take the form of a snake. Kinjikitile claimed to have communicated with the deity Bokera through the spirit Hongo.

He encouraged his followers to overlook tribal differences and unite against the Germans. He told his followers that their ancestors had commanded him to lead a rebellion against the German colonial empire. This helped start the Maji Maji Rebellion. Kinjikitile gave his people holy water ("maji") to protect them from German bullets. After a group of Matumbi attacked the home of a local official in July, 1905, Kinjikitile was arrested by German troops.

He was hanged on August 4, 1905 for treason. His brother continued in Kinjikitile's work and the rebellion continued until 1907, with over 100,000 killed. Present-day Tanzanians consider the failed rebellion to have been the first stirring of nationalism, and Kinjikitile "Bokero" Ngwale a proto-national hero.