VIDEO - Union of Tanganyika and Zanzibar - 1964 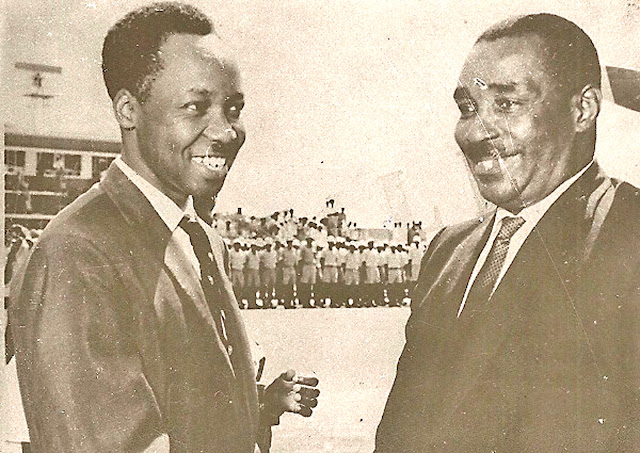 VIDEOS - UNION OF TANGANYIKA AND ZANZIBAR

The unification of Tanganyika and Zanzibar in April 1964 was the first political union between independent countries ever to take place on the African continent in the post-colonial era. And it continues to be a subject of interest among many people more than 40 years after its consummation.

The Reasons of the Union Between Tanganyika and Zanzibar

- They had similar culture aspects such as Kiswahili language, dancing and building styles.

- They were involved in similar economic activities, For example trade before and after colonialism.

- To consolidate cooperation and integration of people who lives in these two countries.

- To avoid expansion of capitalism into Zanzibar. This is because capitalism was a threat to these two socialist countries, and the two were forced to join.

Videos of Union between Tanganyika and Zanzibar