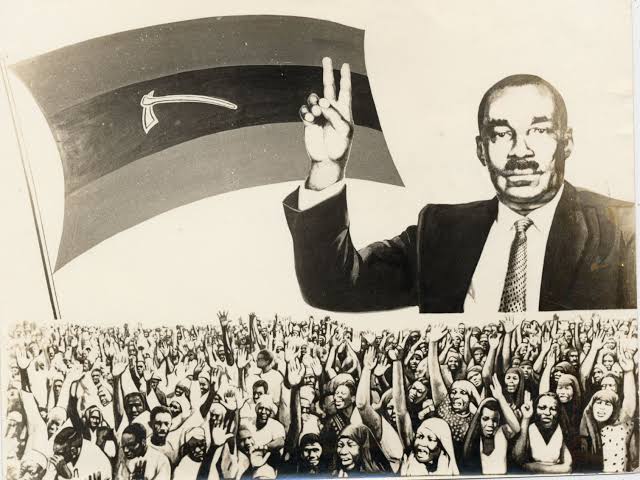 The Zanzibar Revolution occurred in 1964 and led to the overthrow of the Sultan of Zanzibar and his mainly Arab government by local African revolutionaries. Zanzibar was an ethnically diverse state consisting of a number of islands off the east coast of Tanganyika which had been granted independence by Britain in 1963. In a series of parliamentary elections preceding independence, the Arab minority succeeded in retaining the hold on power it had inherited from Zanzibar's former existence as an overseas territory of Oman.

Frustrated by under-representation in Parliament despite winning 54% of the vote in the July 1963 election, the mainly African Afro-Shirazi Party (ASP) allied itself with the left-wing Umma Party, and early in the morning of 12 January 1964 ASP member John Okello mobilised around 600–800 revolutionaries on the main island of Unguja (Zanzibar Island). Having overrun the country's police force and appropriated their weaponry, the insurgents proceeded to Zanzibar Town where they overthrew the Sultan and his government.

Reprisals against Arab and South Asian civilians on the island followed; the resulting death toll is disputed, with estimates ranging from several hundred to 20,000. The moderate ASP leader Abeid Karume became the country's new president and head of state, and positions of power were granted to Umma party members.