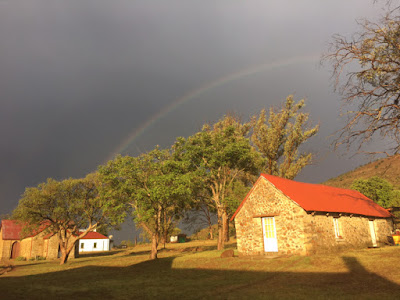 AN AFRICAN THUNDERSTORM - by David Rubadiri
James David Rubadiri was a Malawian diplomat, academic and poet, playwright and novelist. Rubadiri is ranked as one of Africa's most widely anthologized and celebrated poets to emerge after independence
David Rubadiri was born in 1930, in Malawi. He studied in Uganda and Cambridge. In 1964, when Malawi gained independence, Rubadiri was appointed Malawi’s first ambassador to the United States of America and the United Nations. He left the government in 1965 when he and President Hastings Banda had a disagreement, but he later returned to the Washington embassy after Banda’s removal from power.


An African Thunderstorm  (by David Rubadiri)
From the west Clouds come hurrying with the wind Turning sharply Here and there Like a plague of locusts Whirling, Tossing up things on its tail Like a madman chasing nothing.
Pregnant clouds Ride stately on its back, Gathering to perch on hills Like sinister dark wings; The wind whistles by And trees bend to let it pass.
In the village Screams of delighted children, Toss and turn In the din of the whirling wind, Women, Babies clinging on their backs Dart about In and out Madly; The wind whistles by Whilst trees bend to let it pass.
Clothes wave like tattered flags Flying off To expose dangling breasts As jagged blinding flashes Rumble, tremble and crack Amidst the smell of fired smoke And the pelting march of the storm.

ANALYSIS OF THE POEM

In order for the reader to get more details about the poem, the analysis of the poem has been categorized into two categories, Category A and Category B

i) First Analysis
Stanza One
The poem opens with the first line specifying where the wind is coming from. The wind in question, which is also accompanied by the cloud, is portrayed to have speed and strength:
“Clouds come hurrying with the wind
Turning
Sharply
Here and there”
In this stanza, the wind is depicted as being destructive (line 6):
“Like plague of locust”
A plague of locust inflicts pain and destruction wherever it visits. Take Egypt in the days of Moses for example.
Line 9 tells the reader that the wind is not only destructive, but it has no specific direction or destination.
“Like a mad man chasing nothing”
A mad man has no focus in thought, dangerous to anyone around and moves often without a specific abode.

Stanza two
What can one make of a “pregnant cloud”? The word, “pregnant,” added to the word, “cloud,” informs the reader that cloud carries more things that are yet to be unleashed. It moves in line (stately) with the wind and poses a threat (dark sinister winds).
“Gathering to perch on hills
Like Dark sinister winds”
The last two lines of the stanza tells us that the wind make noise and forcefully subdue the trees.
“The wind whistles by
And trees bend to let it pass”

Stanza three
In this stanza, the image of a village with children and women is created in the mind of the reader. Children appear to be screaming in joy, probably in anticipation of a rainfall or maybe the joy is triggered by the way the wind tosses things.
Nonetheless, in line 21, the children cling to the back of women (their mothers). Looking at the meaning of the word, cling, and the context of usage, it seems that the children are equally afraid.
As the sound of the wind roars and its strength forcing the trees to bend, clothes fly and fall from ropes and even from the women’s body.
“Clothes wave like tattered flags
Flying off
To expose dangling breasts”
For better understanding, try to imagine those windy period when the wind fling clothes off from the ropes and hanging places.
Then, from line 30 to the end, it seems the pregnant cloud has delivered its offspring as lightening and thunderbolts strike.
“As jaggered blinding flashes
Rumble, tremble and crack
Amidst the smell of fired smoke
And the pelting march of the storm”

Stanza one
“From the west came the wind,” would refer to Europeans who came from the West and are often referred to as the Westerners. The force of the wind depicts how they forcefully invaded Africa, tossing and turning up-side-down every African cultural value.
In this line of interpretation, it seems like a pestilence inflicted on the land. They authoritatively roar (whistle – this might mean firing of guns) and the Africans out of fear bow to them and bend theirs ways to allow for the adoption of western culture.
“Like a mad man chasing nothing”
This could mean that they seem not to want anything in particular, but everything and to conquer all. This kind of dominance is evident in the French assimilation principle.

Stanza two
“Pregnant Cloud”
The first line of the stanza, shows that Africans have no idea about what will follow the Westerners’ visit, but, they know that there is more to the fierce visit of subjugation, and whatever it is that they have in mind hidden from Africans, it falls in line with fighting, conquering and subjugation of Africans. The line below shows this.
“Ride stately on its back
Gathering to perch on hills”
There is more to the above two lines: what is it that the colonial masters secretly comes with and goes on to stay in the high places (kings, people of influence or something similar).
Stanza three
This stanza tells us that once the white with their gun fire and war enter a village, the children are delighted to see them, but on seeing the destruction they inflict, the children clings to their mothers. The children could mean youths who are always the first to embrace change, and the women represents the elders.
However, they start taking what they came for, causing move havoc on the land.

What is the subject matter?
The poem is about the incoming of a certain situation in a village, suddenly and out of nowhere living the people shocked as they wonder about.

Explain the effect of onomatopoeia
Being words which imitate sounds produced by an action, onomatopoeia in this poem occurs “whirling wind” (3rd stanza 4th line) the effect of it is that is emphasized on that is been told and it enhances imagination at large tremble, Rumple....

Identify and explain the  use of imagery
Imagery in the poem is greatly used to explain the incoming of the storm which is said to be hurrying with the wind, here and there like a plague of locusts showing its speed like a mad man chasing nothing its direction.
“Pregnant clouds” showing the shape of the clouds which are likely to be heavy and ready to release its weight anytime. “Clothes wave like tattered flags expressing” expressing the situation of the women’s clothes due to the wind direction.

Comment on the structure of poem
The structure of the poem involves four stanzas each with a different number of lines, 1st stanza has nine lines, six lines for the second, eleven for the third and seven for the fourth.
The lines are of different sizes arranged in any irregular manner. Without a rhyme scheme. The poem is likely to follow modern way for writing poems.

Explain the use the similes
Similes refer to a figure of speech that involves comparing of two dissimilar things using the words like or as. In the poem similes are found
Here and there “like a plague of locusts this is meant to express the movements direction of the wind as it approaches the village.
clothes wave like tattered flags this represents the situation of the women’s clothes due to the winds showing how they were humiliated.

Why do mothers hurry in and out?
Due to the fear they have because of the approaching storm, the wind and noise of thunder. What could possibly happen to them and their children?

Why do the children cry with delight?
Children are naturally always pleased to experience something interesting, the wind, and thunder was thought to be of great pleasure to them so they cry with delight, there not aware of the danger.

Explain the deeper meaning of the poem
The poem is about the incoming of colonialism in Africa from the west “clouds come hurrying with the wind”, this represent the colonialists rushing to Africa for their needs such as raw materials market and land. Turning sharply her and there like a plague of locusts. His involves the great number or influx of the colonialists in Africa, like a madman chasing nothing, knowing the potentials of the territory.

"Pregnant clouds”, the colonialists are seen to be excited and and ready to exploit any chance they get in Africa. The whole second stanza show how determined they were and also proved to the evil “like dark sinister wings” wind whistles by using  force and measures such as congest land alienation forced labour and others for the aim of getting what they want.

The third stanza  explains the reaction of the nature  of native of Africa to the incoming situation, that is colonialism filed with fear, women dart about in and  their  children  screaming with delight, the fact that they are more or less pleased to see and experience new  people and probably new rules in their villages. There said to move madly posing confusion among them toward the situation

In the whole situation, the last stanza shows how colonialism exploited and humiliated African clothes wave like tattered flags due to the wind which in this case is colonialism. They were put under poor working conditions as slaves paid low wages and more.

1.   Paraphrase the poem
The  poem an African thunderstorm entails  of the coming of a storm in a village, originating from the west coming in a hurry up and down, here and there, the  wind whirls and is said to move like a madman chasing nothing because its fast and moves randomly.
Clouds during the storm filled up and ready to rain gather  around, the wind blows making  trees bend, In the village, children scream with pleasure as their mothers are filled with fear they move in and  out. Their clothes are blown by the wind exposing their bodies’ flashes of thunder strike.

2. Assonance, identify and comment on the use repetition of value sounds without regard to the preceded consonant sounds. Eg. Here and There

Consonance, show and comment on its use final consonant sounds are agreed but the vowels that precede them differ.
E.g.  ........about,..........out