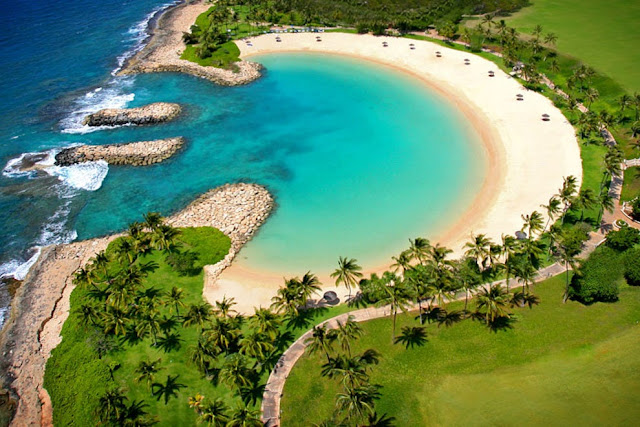 3. (a) The definitions of distributary, lagoon and levee.

(i) Distributary is a stream that branches off and flows away from a main stream channel. Distributaries are a common feature of river deltas. The phenomenon is known as river bifurcation. The opposite of a distributary is a tributary. Distributaries are found where a stream nears a lake or an ocean. They can also occur inland, on alluvial fans, or where a tributary stream bifurcates as it nears its confluence with a larger stream. In some cases, a minor distributary can divert so much water from the main channel that it can become the main route.

The Pictures of Lagoons 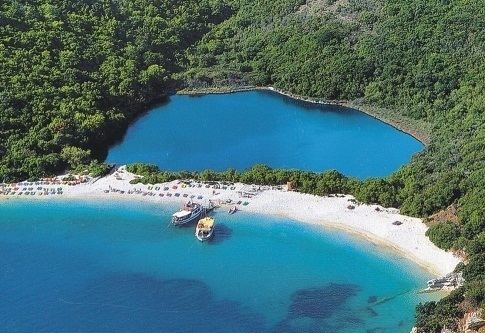 (iii) Levee is a long narrow ridge of material running along the banks of a river.  This material will be composed of larger particles, sometimes as large as boulders, near the bank and finer material further away from the bank. Levees form as a result of flooding.  They are found in the lower course of a river. Levees are landforms (features) created by deposition.

b) The conditions necessary for formation of river delta:

A river delta is a land form that forms at the mouth of a river, where the river flows into an ocean, sea, estuary, lake, or reservoir. Deltas form from deposition of sediment carried by a river as the flow leaves its mouth. Over long periods, this deposition builds the characteristic geographic pattern of a river delta. 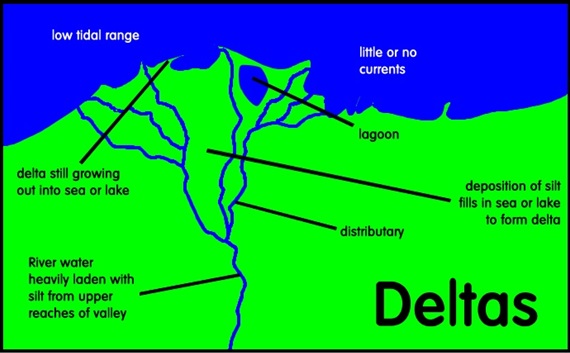 The following are conditions necessary for formation of river delta:

i)  The river must have large load. This will be possible if there is active erosion in the upper and middle stages.

ii) There should not be extensive deposition in the middle stage e.g. presence of lake in between or high evaporation rate (first).

iii) High rate of deposition than the rate of removal of silt at the river mouth.
iv) Presence of shallow adjoining sea or continental shelf.

v) The velocity of a river must be sufficiently low to allow most of its load to be deposited in the river’s mouth. 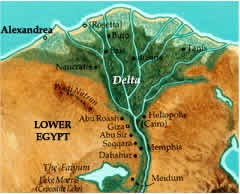 4. (a) Types of statistical graph is called simple bar graph which is a method of data presentation that involves construction of bars used to show variation of distribution of items by means of bars.

(b) Five procedures involved in constructing such a statistical graph are

(i).   Choose appropriate scale
(ii).  Draw the axes and insert the bars. All bars must have the same width and spacing
(iii). Shade the bars uniformly
(iv). Insert vertical and horizontal scales.
(v). Write title of the graph.

5. (a) Three differences between interview and observation are

(i) Interview is a face to face technique between researcher and a respondent while Observation uses five senses of hearing, testing, smelling, seeing and touching to observe the phenomena and record what observed.

(iii)  During Interview Researcher prepares questions which he or she asks respondent in a good order and manner while during observation researcher do not prepare questions.

(b)  Four merits of Library research are

6. Five importance of survey in daily life are

(i) It helps in determine heights, angles and distance between various points on the ground.

(iii) Survey is help in taking measurements to some areas where underground structure to be constructed E.g. pipe line, underground canal etc. .

(iv ) It helps to determine for sight intermediate and back sight of various points on the ground especial sloped land.

(v)  It helps in determine areas of plots of land

Square both side 1cm=1/2km to get relationship between cm and km in square unit.

(v) Find area of one square on the map.

To find the area of one square on the map, take a ruler and measure the width multiply by itself.
Area of square = wxw
W= 2 so
A= 2x2

Area of one square on a map = 4cm square

(vi) Find the area of north western of Luhombero River

(c) The direction of Iputi to Ilonga is North North East (NNE) due to the obtained bearing of 35 degree.

·         Buildings are arranged in a line show linear settlement pattern

·         Presence of river such as Luhombero and ponds such as Talulu pond which provide water for domestic or commercial use showlinear settlement pattern.

·         Fishing due to the presence of river such as Luhembero and ponds such as Talulu, makakari pond shown on a map.

·         Lumbering activities due to the presence of forests shown on a map.

·         Transportation activities due to the presence of road and river shown on a map.

8. Study the following photograph and answer the questions that follow: 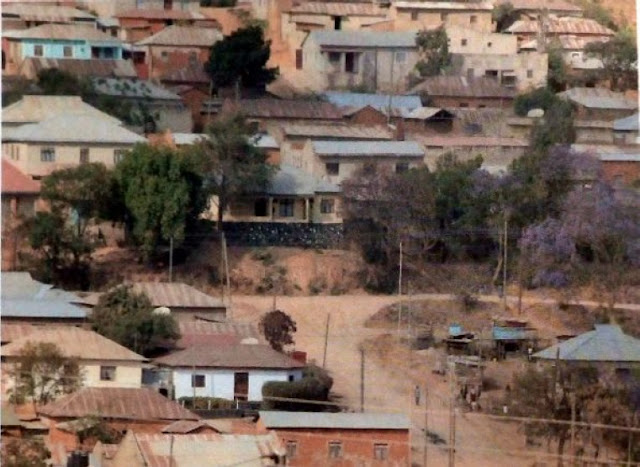 (a) Giving two reasons, name the type of photograph.
The type of photograph is Low Oblique photograph due to the following reasons:
- It covers a relatively small area.
- It shows both top view and front view
- The horizon is not easily seen at the backward of the photograph
- The objects have a more familiar view, comparable to viewing from the top of a high hill or tall building.

9.     Forest refers to an extensive are of land which is mostly covered by trees of different sizes, spacing and other forms of undergrowth.

Five factors influence the distributions of forests in the world are

(i)  Edaphic factors such as acidity, organic content and texture.

10.   The Textile industry is primarily concerned with the design, production and distribution of yarn, cloth and clotting. The raw materials may be natural or synthetic using products of the chemical industry.

Tanzania is among in Africa and the world which manufacture textile products. Since its independence, 1961 Tanzania invested heavily in textile industry so that it could satisfy the demand of the market in terms of clothes and cotton growing in Tanzania.

Five ways of promoting textile industry in Tanzania are

(i) Improvement of power supply

11.   Urbanization is process whereby populations move from rural to urban area, enabling cities and towns to grow. It can also be termed as the progressive increase of the number of people living in towns and cities.

(iv) An increase in crime rate

12.  The world climate change refers to all forms of climatic inconsistently but because the climate is never static terms is more properly described as a system and all others aspects of earth’s climate.

Seven effects of climatic change in the world are

(i) The rise in temperature has led to the melting of ice in various parts of the world.

(ii) The melting of ice has led to occurrence of water in the sea and hence sea level rise.

(iv) Global warming has led to the occurrence of strong storms in different parts of the worlds and kill people and destroy properties.

(v) Disappearance of some animals and plants due to the failures to adapt the abrupt in temperature.

(vi) Decline of production due to drought and desertification process which then leads to poverty and death of people.

(vi) Global warming has caused the occurrence for precipitation.