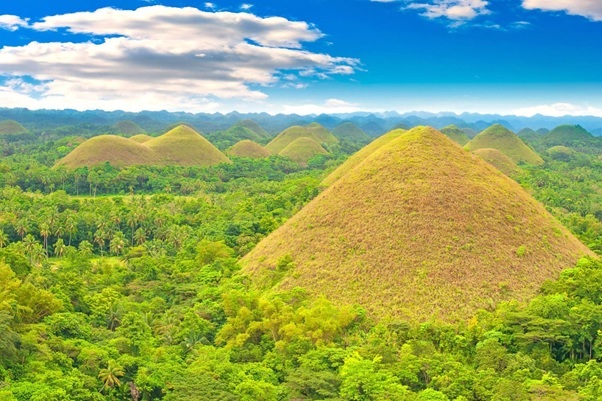 3. Study the map extract of Mkomazi (Sheet 109/1) and then answer the following questions:

(a) By using the given RF scale, measure the distance of river Pangani in kilometres from grid reference 910771 to 910826.

Method
Use a piece of paper get the map distance


The distance of river Pangani is 7.5 km

(b) Describe relief of the area.

Relief of the area shown are

(c) With reasons, identify two types of rocks found in the map.

(e) Using a vertical scale of 1cm to represent 50m, draw an annotated cross section from grid reference 960820 to 910880 and mark Ruvu river basin and the main trucks.


4. (a) Name the two simplest ways of presenting the data.

(b) Five advantages of presenting the data by simple methods mentioned in (a) are:
- They are simple to construct, read and interpret.
- They have good visual impression.

- It can be used to compare how the amount of an item varies from time to time.
- Easy to read and interpret
- Bar represent tangible quantities

- The continuous nature of a line or curve make technique suitable for showing data which in continuity e.g. Temperature

(c) Present the given statistical information by using simple graph.

5. There was land conflict between villagers of Shangu and the Headmaster of Shangu Secondary School. The village Chairperson decided to invite a survey team who used chain/tape survey to determine the boundaries of the school compound.

a) Describe five instruments they used in surveying the school compound.

Five instruments they used in surveying the school compound are:

1. Chain; This is madg distance on the up of steel divided into tallies and links it is about 20m-30m long. It is used for measuring lone ground 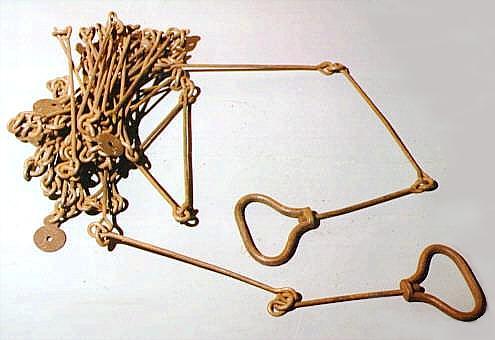 2. Tape Measure; It is made up of plastic or steel materials having the length of 10, 20 and 30 metres. It is marked in meters, feet or centimeters. It is used for measuring short distance E.g. 10m


3. Surveyor′s Band; is made of a steel strip which is rolled into a metal frame with a winding handle. It is 30m, 50m or 100m long. Is used in projects where more accuracy measurement is required.

4. Pegs; Are made up of wood ,they normally have 40cm to 50 cm long and width of 4mm squares. They are used for marking permanent stations.

5. Ranging Rod/Ranging Poles; Are made of wood, their length is about 6-10 feet. They are marked red and white or black so as to be seen easily. Used to mark permanent station in the survey line.

6. Cross Staff; Is a wood rod with about 6 feet long used to determine the right angle in survey line (to make off sets). Other equipments used in chain survey include an optical square, a ruler, plumb bob, field sheet and pencil.

7. Arrows. They are thin steel skewers for marking points on the ground. Coloured rags should be tied to the circular ends to make them more visible.

8. Notebooks are used during field work to record data obtained. The notebook should be of good quality and 150mm x 100mm in size.

9. Hard Pencil and a Rubber. Hard pencils are used for drawing in the field and a rubber is used to erase mistakes or errors which are made. A pencil should be HB or HHB.

(b) Three procedures they followed during survey process are:

iii) Presentation
This involves presentation of data or information collected or recorded the information can be presented by writing or drawing form.

6. Lugano is studying in boarding school at Kigoma but his home place is in Kilosa District where he used to observe several conflicts between farmers and pastoralists. In his second week in school, he heard through the Radio that, a farmer was killed by the pastoralists in his home village. He decided to conduct research about the conflict.

(a) Suggest the statement of the problem for his research.
Conflict between the Farmers and Pastoralists in Tanzania in Kilosa District, Tanzania.

Interview method
Interview is the verbal conversation between two people with the objective of collecting relevant information for the purpose of the research. Lugano can conduct research either by face to face technique or by telephone interview with Farmers and Pastoralists.

Three significance of conducting that research are:

- The study finding will bring awareness to both District Commissioner and Regional Commissioner on more strategies to be taken to reduce conflicts the Farmers and Pastoralists.

- The study is expected to be used as reference to other researchers who will be interested in conducting research concerning Farmers and Pastoralists conflicts and related issues.

- The study will give a helpful hand to people in Kilosa District by ensuring that the literature review; the findings; and the strategies devised by the study to solve the problem of Farmers and Pastoralists conflicts.


7. Carefully study the following photograph and answer the questions that follow: 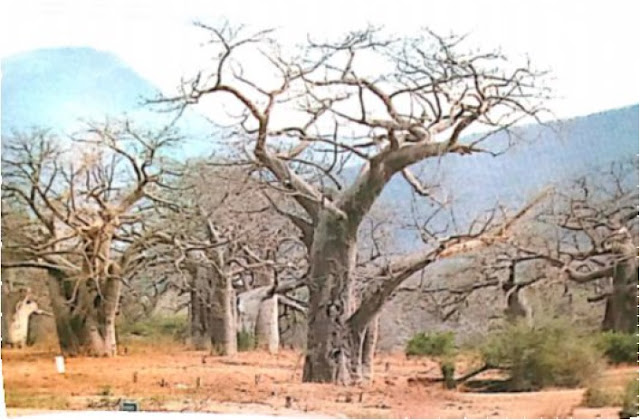 (e) Briefly explain the formation of the relief feature found in the background.


Feature found in the background formed when two plates move together (a compressional plate margin). This can be where two continental plates move towards each other or a continental and an oceanic plate. The movement of the two plates forces sedimentary rocks upwards into a series of folds.

i) Sunrise and Sunset
The sun rises and sets at different times in different places. As the earth rotates from west to east, places in the east see the sun earlier than those in the west. If the Earth were flat, the whole world would have sunrise and sunset at the same time.

ii) Ship’s visibility
When a ship appears over the distant horizon, the top of the mast is seen first before the hull. In the same way, when it leaves harbor, its disappearance over the curved surface is equally gradual. If the earth were flat, the entire ship would be seen or obscured all at once.


iii) Circumnavigation of the Earth
If traveling from a certain point of the earth and you go straight around the earth you will come to the point of origin. The first traveler around the world named Magellan in 1519 - 1522 proved this; image did not encounter abrupt edge over the world in his voyage.

iv) The Lunar Eclipse
The shadow cast by the earth on the moon during a lunar eclipse is always circular. It takes the outline of an arc of a circle. Only a sphere can cast such a circular shadow.


v) Aerial photographs
Pictures taken from high altitudes by rockets and satellites show clearly the curved edge of the earth. This is perhaps the most convincing and the most up-to-date proof of the earth's sphericity.


vi) Take a Round-the-World Flight
According to a 2008 paper in the journal Applied Optics, the Earth's curve becomes subtly visible at an altitude of around 35,000 feet, as long as the observer has at least a 60 degree field of view (which may be difficult from a passenger plane window). The curvature becomes more readily apparent above 50,000 feet; passengers on the now-grounded supersonic Concorde jet were often treated to a view of the curved horizon while flying at 60,000 feet.

9. “Despite of the fact that, Hydro-Electric Power (HEP) is environmentally friendly energy, it still has damaging effects on the environment”. With six points, justify this statement.

Hydroelectric power (HEP) is power generated under the influence of the moving water. Example of Hydroelectric power Generating centers are Kariba dam on the Zambezi River between Zimbabwe and Zambia, Aswan high dam in Egypt on the River Nile, Akosombo dam in Ghana on the Volta river, Inga dam in the democratic republic of congo on the Zaire river, Owen falls in Uganda on the Nile River, Kainji dam on the River Niger in Nigeria, Seven forks in Kenya on the Tana River, Mtera dam, kidatu dam, kihansi, Nyumba ya mungu dam, hale dam, kihansi, Rusumo falls in Tanzania, Kabora Basa in Mozambique on the river Limpopo, Kafue dam in Zambia, Sennar dam in Sudan on the Blue Nile tributary, Hedrick Verwoerd, Vaal, Torquay, P.K leroux dams on the orange river clan William dam on the olifants all in south Africa.

The following are damaging effects of hydroelectric power (HEP) on the environment:

iv) Droughts - Droughts have a serious impact on how much hydroelectric power can be produced.

v) Global warming emissions are produced during the installation and dismantling of hydroelectric power plants.

The following are the six factors which hinder rapid development of manufacturing industries in Tanzania:

i) Low government support on the industry development.
Policies are not giving strong emphasis on the manufacturing industries. The priority is given on processing industries.

ii) Limited or poor marketing system.
The local people have low purchasing power while the international market is highly competitive and most of our products are primary in nature hence do not have strong market command.

Because more attention is given on solving population problems like diseases and food supply abandoning the development of industries.