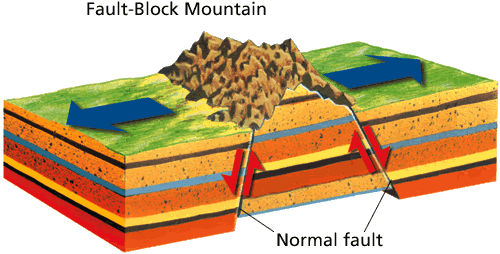 3. The Features formed by Wave Deposition

Wave deposition is a process in which water brings sand or pebbles and drops them in another place, and forms various features such as beach, spit, tombolo, lagoon, bay bar, cuspate foreland etc. 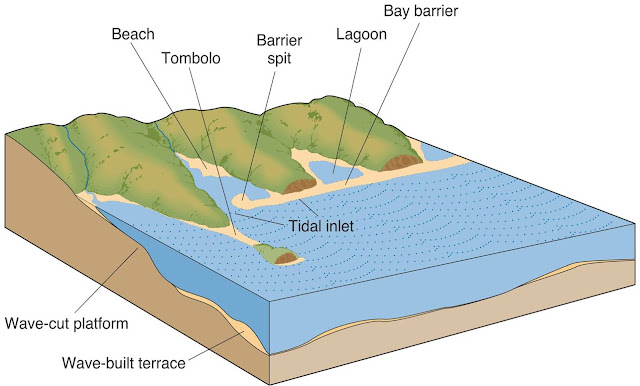 i) Beach is a landform alongside a body of water which consists of loose particles. The particles composing a beach are typically made from rock, such as sand, gravel, shingle, pebbles. The particles can also be biological in origin, such as mollusc shells or coralline algae. Some beaches have man-made infrastructure, such as lifeguard posts, changing rooms, showers, shacks and bars. They may also have hospitality venues (such as resorts, camps, hotels, and restaurants) nearby.

ii) Spit is a landform made by the deposition of sand by the movement of tides. Spits are narrow and elongated – one end is attached to the mainland and the other is out in open water. A spit develops when waves meet the beach at an oblique angle, moving sediment down the beach and into the open waters where it is deposited in a narrow strip. As a spit grows, it might become stable and fertile and even support habitation.

iii) Cuspate foreland A large, triangular area of coastal deposition, which is dominated by many shingle ridges and is often terminated on the landward side by poorly drained terrain. It is the result of a long episode of local marine aggradation under wave advance from two dominant directions.

iv) Lagoon is a shallow body of water separated from a larger body of water by barrier islands or reefs. Lagoons are commonly divided into coastal lagoons and atoll lagoons. They have also been identified as occurring on mixed-sand and gravel coastlines. There is an overlap between bodies of water classified as coastal lagoons and bodies of water classified as estuaries. Lagoons are common coastal features around many parts of the world.

v) Tombolo, is a deposition landform in which an island is attached to the mainland by a narrow piece of land such as a spit or bar. Once attached, the island is then known as a tied island. A tombolo is a sandy isthmus.

vi) Bay bar is a bank of sand or of sand and gravel deposited by waves and currents across the mouth of a bay so that the bay is no longer connected or is connected only by a narrow outlet with the main body of water.

vii) Barrier beaches are narrow, low-lying strips of beach and dunes that are roughly parallel to the coastline and are separated from the mainland by a body of water or wetland. Hundreds of barrier beaches line the Massachusetts coastline. These landforms were created and are constantly changed by coastal processes, such as erosion, overwash during storms, dune movement, and inlet formation and migration.

4. (a) Standard deviation is a measure of the dispersion of a set of data from its mean.

Therefore, the median of the age of the pupils is  10

5. (a). Research is the careful collection of data/information based on a problem, analyzing the data and making conclusion out of those collected. Or Research is a scientific and systematic process of collecting, analyzing and interpreting data basing on a certain phenomena.

(b)  Four benefits of conducting research are

(i) Research develop or generate new knowledge e.g the information produced by research can be applied in many ways.

(ii)  It helps to improve human activities for the betterment of people e.g A society can develop irrigation scheme when finds show that there is food shortage.

(iii)  Research can be used to develop new theories and laws.

6. (a). The best steps required in order to conduct an accurate chain survey are

It is the process of taking general view of the land to be surveyed in order to get real picture of the work to be done. It is done by visual observation of the area. During the reconnaissance the surveyor does walking around the area to be surveyed and taking general views and noting down the dominant features area, Boundaries of the area, Corners of the boundaries of the area and Other structures such as building, big trees, ponds, lakes, small hills

(iii) Presentation
This involves presentation of data or information collected or recorded, the information can be presented by writing or drawing form

(i) Each chain age should be recorded on a separate sheet.

(ii) All measurement should be recorded on a separate sheet.

(iv) Sketches should be neat and complete

(v) Figures should be neat, overwriting is not permitted and good quality pencil should be used.

7. (b). The following are the major types of transport shown in the area.

(iii) Water navigation  due to the presence of lake Tanganyika

(iv) Foot path due to the presence of agriculture and trading centers.

(ii) Cultivation due to  presence of scattered cultivation on the map .

(iii) lumbering due to  presence of woodland on the map .

(iv) Selling goods and services  due to  presence of market,oil storage area like pier,pipeline and power station  on the map

(v) Banking services due to  presence of bank on the map.

8. Study the photograph provided below, and then answer the questions that follow: 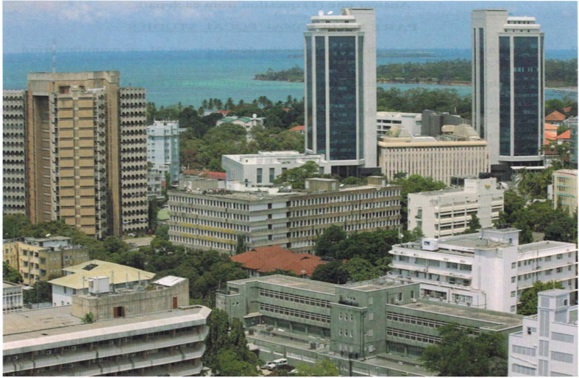 b) By providing evidence from the photograph, describe the relief of the area
Relief is physical appearance of an area or land, the relief of an area is:
Lowland coastal region because the area lies towards the sea at the background of photographed area

c) Explain three possible factors which have contributed to the growth of this town
1. Relief, the area is located in lowland landscape which influences the people to establish various settlements and infrastructures
2. Water body, presence of sea at the background of photograph attracts many people to construct various house and infrastructures
3. Trade, presence of sea and harbor influence the growth of town due different trading activities
4. Transport, presence of sea encourage easy transportation of people and goods

d) Apart from providing shade, explain any other three advantages of the vegetation shown on the photograph
- Providing oxygen gas to the human beings and absorb the carbon dioxide gas
- Preventing soil erosion, since the vegetation cover and protect the land
- Decoration of town, they provide a good view and make the area attractive
- Source of rainfall, vegetation act as a  source of rainfall to the area

The following are the six factors which account for the development of car manufacturing industry in Japan.

(ii) Fuel and power availability. For example location of iron and steel industries in Japan.
Human resources. This helps to the labour supply both skilled and unskilled.

(iii) Availability of capital. This is needed for the investment in the machinery and importation of raw materials .

(v)  Government policies. This helps on balancing the economic development of a country and provision of jobs.

10. Transport can be defined as the movement of people, animals, goods or services from one place to another. It provides a link between different parts of the country, region or world.

The following are the six  problems facing railway transportation in East Africa.

(i) inadequate of capital:

The following are the six​ importance of Mount Kilimanjaro to Tanzania.

(iii) Rivers flowing from it are source of water to the people living around it.

12. Pollution is addition of harmful and or unwanted materials on the environment. in other words Pollution is the introduction of contaminants into the natural environment that cause adverse change. Pollution can take the form of chemical substances or energy, such as noise, heat or light. Pollutants, the components of pollution, can be either foreign substances energies or naturally occurring contaminants.

The following are the six​  effects of environmental pollution in African cities.