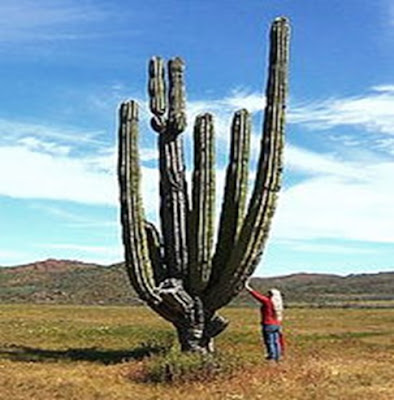 
3. a) The Mechanisms developed by Plants in Semi-Arid Regions to adapt Drought Conditions.
A semi-arid region or steppe climate is the climate of a region that receive low annual rainfall from 250 to 500 mm, and having scrubby vegetation with short, coarse grasses; not completely arid region.

i) The leaves are often reduced to spines, and this increases the volume to surface ratio.
ii) Stems are often heavily waxed to reduced cuticular water loss
iii) They have shallow-rooted, allowing them to respond quickly to light rainfalls.
iv) Water loss is very limited in desert succulents

b) Characteristics of Equatorial Forest

Equatorial forest is located in the equatorial zone the sun is nearly always overhead. This results in high temperatures, usually around 27 C and speeds up the rate at which the plants can photosynthesise. This type of vegetation grows as a result of the daily heavy rainfall (over 2500 mm per year). 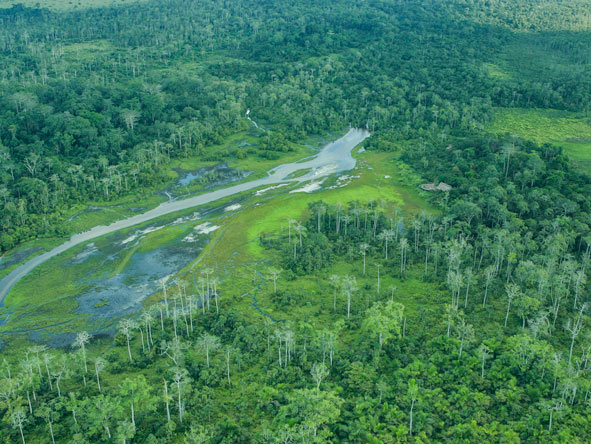 i) Trees of over 40 m height
ii) Thick canopy of plants
iii) Evergreen nature due to trees shedding their leaves at different times. Broad leaves 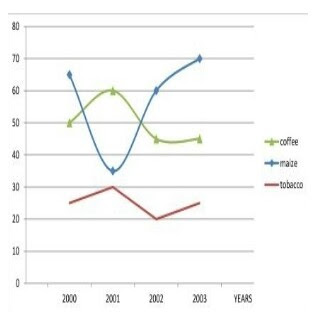 On the production of  MAIZE

On the production of  TOBACCO

(b) . The following are the four sources of research problem

(ii)  Must be clear, precise and meaningful.

(iii) . It must relate to the subject of interest e.g A Geographer can do a research on the following issues; Climate, soil, etc.

(iv)  The research problem must be short and clear to avoid vague and ambiguity.

6. (a) chain survey is the surveying method in which linear measurements of an area are taken.

(b)  The following are the main use of  equipments used in simple chain survey.

(i)Pegs  made up of wood ,they normally have 40cm to 50 cm long and width of 4mm squares. It used for marking permanent stations.

(iii)Arrows are made of steel wire of diameter 4mm and their ends are bent into a circle where red cloth is tied to facilitate visibility. They are used for showing points on the ground.

(iv)Tape is made from fiberglass or a steel strip and is 10m, 20m or 30m in length graduated in 10mm divisions and numbered at each 100mm (10) divisions.It is used for measuring short distances

(v)Chain is made up of steel wire which is divided into links and togs (rings) to facilitate folding.It is used as a unit of measurement

(vi)Ranging rods  made of wood, their length is about 6-10 feet .they are marked red and white or black so as to be seen easily. Used to mark permanent station in the survey line.

(viii)An optical square a very simple geodetic instrument that is used to lay off angles that are multiples of 90° or of 45°.

7. (a). Area covered by forest in km​ square​  by using grid square method.

By using a piece of paper the map distance of railway is 20.Cm.

(d) Physical features found on the map are

(ii) communication  due to the presence of telephone line

(iii)  Cultivation  due to the scattered cultivation.

8.  Study the photograph given below and then answer the questions that follow: 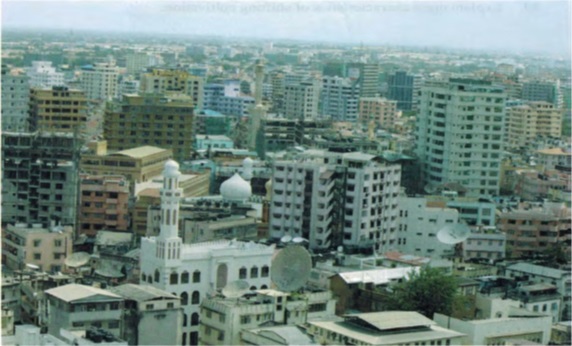 c) Name two economic importance of the area shown on the photograph
- Manufacturing, industrial activities are common in urban area due to easy access to the market
- Trade, presence of large buildings indicate trading activities like hotels, banks and rented
buildings, and it is common activity in town areas
- Revenue collected by government after rent their buildings boost economy of a country
- Employment opportunity due to offices shown on the photograph

d) Explain two social and environmental problems that are likely to occur in the area
1. Environmental Pollution  like water, land, air and noise pollution due to high concentration of and various activities like manufacturing
2. Emergence of Crimes like theft and robbery since in  urban areas there is high competition for jobs so many people become jobless
3. Eruption of Diseases like cholera and HIV/AIDS due to high concentration of people and environmental pollution
4. Overpopulation

9. Forestry refers to  all activities related to the establishment  (in case of man planted trees), development and exploitation of forest.

The following are the eight ways that may be adopted to solve the problems facing forestry in Tanzania.

(i). Reforestation or re planting of trees both local and exotic species in the depleted areas.

(iii). Establishment of game and forest reserves where the cutting of trees or hunting is completely restricted.

(iv). Educating the people importance of sustainable use of forestry resources.

(v) The government should make sure that the population control is encouraged in order to reduce over population which is dangerous to forestry resources.

(vi). Use of other alternative energy resources e.g solar energy.

(vii) Agricultural methods should be improved so as to encourage proper land use methods like shifting cultivation should be discouraged.

(viii) Destocking (reducing the number of animals) should be encouraged among the pastoralists, because having too many animal leads to the destruction of vegetation.

(i)More than one crop can be harvested in a plot

(ii)  It is the oldest method of cultivation

(iv) Peasant keeps on shifting from one area to another as a result of soil exhaustion.

(v) The crops grown most of them being scanty crops

(vi) It involves slashing and burning of bushes and grasses

(viii) The cultivators do not have permanent settlements since they expect to leave any time , sites are selected in the virgin forest and therefore tend to be fertile.

( ii) Floods which kill most of the organisms

(iii) Landslides and other types of mass wasting

( i ) Pollution, poison of air, water and soil lead to the death of living organisms.

(ii ) Illegal fishing when people use dynamites, bombs and poisoning lead to death of fish and other organisms.

(iii ) Poaching, this is the illegal killing of wild animals eg, killing of Elephants, Rhino and Zebra for various purposes.

(iv) Wars; when wars breakout the weapons kill not only people but also other organisms.

The following are the eight factors which lead to the growth of settlements in different parts of a country.

(ii) Agriculture is the major activity undertaken in rural areas.

(iii)  Trading is a major activities under taken in urban areas.

(iv)  Climate conditions, people settle in good climatic areas. Rainfall and temperature have a great influence from human settlement. Areas that receive abundant rainfall and favourable temperature attract more people. This is because people are able to engage in both subsistence and commercial farming such areas are Kilimanjaro, Mbeya, Ruvuma and Iringa region where there is abundant rainfall.

(v) Relief, it is a strong factor influencing settlement. Gentle slopes are ideal areas for building houses as they are well drained. Steep stops are usually uninhabited because they have thin soils which inhibit growth of crops and pasture.

(vi) Vegetation cover, vegetation is the total plants cover over an area. Thick vegetation discourages establishment of settlement. Dense forest such as Congo of central Africa and Amazon, in South America are not accessible. They may also be habitants for dangerous wild animals and disease carrying vectors.

(vii)  Economic factor, people establish settlement in places which offer economic opportunities. Migration from rural to urban centres is mainly due to prospects for employment and trading opportunities. Mining activities also leads to the establishments of settlements for example development of Mwadui towns was the results of Mwadui Diamond mines.

(viii) Cultural factors, some areas may be productive but due to some cultural beliefs people may be prohibited to establish settlements on such areas. Example mumbanitu forest in Njombe.