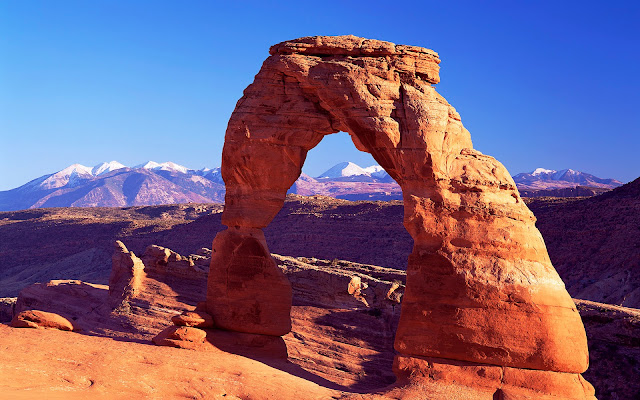 3. The explanations on the types of moraines.

A moraine is any glacially formed accumulation of unconsolidated glacial debris (regolith and rock) that occurs in both currently and formerly glaciated regions on Earth (i.e. a past glacial maximum), through geomorphological processes. Moraines are formed from debris previously carried along by a glacier, and normally consist of somewhat rounded particles ranging in size from large boulders to minute glacial flour.

The Types of Moraines 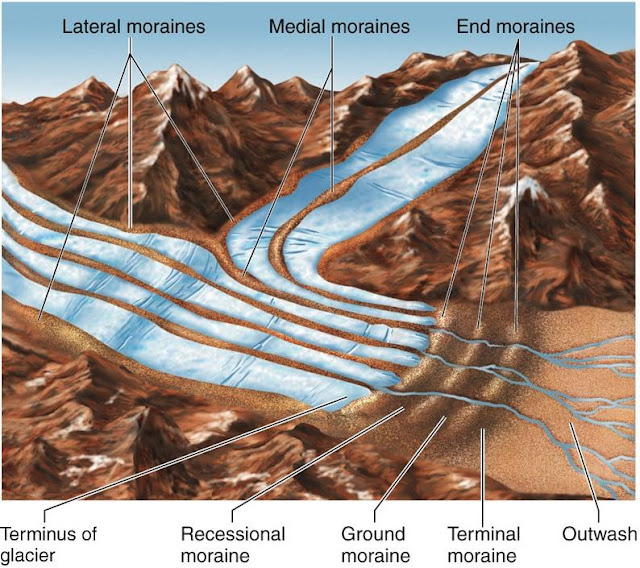 a) A terminal moraine, also called end moraine, is a type of moraine that forms at the snout (edge) of a glacier, marking its maximum advance. At this point, debris that has accumulated by plucking and abrasion, and has been pushed by the front edge of the ice, is driven no further and instead is dumped in a heap. Because the glacier acts very much like a conveyor belt, the longer it stays in one place, the greater the amount of material that will be deposited. The moraine is left as the marking point of the terminal extent of the ice.


b) Ground moraines often show up as rolling, strangely shaped land covered in grass or other vegetation. They don’t have the sharp ridges of other moraines. A ground moraine is made of sediment that slowly builds up directly underneath a glacier by tiny streams, or as the result of a glacier meeting hills and valleys in the natural landscape. When a glacier melts, the ground moraine underneath is exposed.

d) A medial moraine consists of a long, narrow line or zone of debris formed when lateral moraines join at the intersection of two ice streams; the resultant moraine is in the middle of the combined glacier. It is deposited as a ridge, roughly parallel to the direction of ice movement. 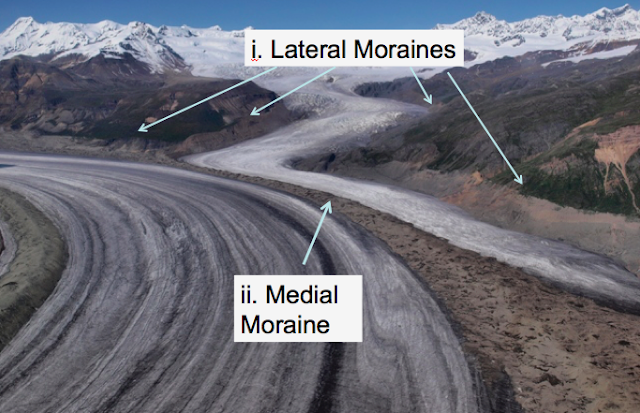 4. (i). Climatic condition of station A is Equatorial climate (tropical rain forest climate) due to the following reasons

Climatic data has high temperature throughout the year with an average of 27.2°C.
Mean annual rainfall of 1692.
(ii).   The countries which experience Equatorial climatic condition in Great lakes of East Africa are Congo and Democratic Republic of  Congo

(iii).   GRAPHICALLY REPRESENTATION OF CLIMATIC DATA FOR STATION A 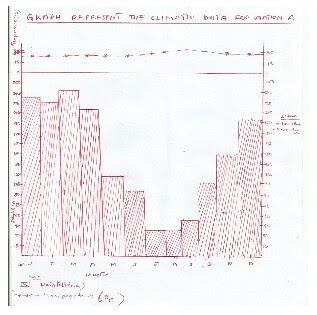 5. (a). Research Design is the frame work of research or research design reffered as the conceptual structure within which a research is conducted.

(b).  The following are the four (4) explanation of types of research design.

Experiments research design this is the most appropriate in controlled settings such as laboratories, it assures random assigned to groups. It aims at exploring cause and effect relationship where causes can be manipulated to produce different  kinds of effects.
(ii). Case and field research design

Case and field research design is called ethnographic research, it is used direct observation to give a complete snapshot of a case that is being studied. It is useful when not much is known about a phenomenon and uses a few subjects.

Correlation research design is the types of research design aimed at exploring relationships to make predictions, it is uses one set of subjects with two or more variables for each.

6. (a).  Survey is the scientific and systematic measure of distance , height(altitude)  and angles between various points on the ground. Or Survey is the process of observing and measuring in order to determine distance, position , boundaries and elevation of physical features on the land.

(b).  To measure the length  of the  River Ipwizi using a sheet of paper.

By using a piece of paper the map distance of River Ipwizi is20.2 cm

(d).  Main physical features found in this area are

(i).  Plain due to the area that show contours are far apart.

(e). The following are the main activities shown on a map

(i).   Fishing due to the presence of Ipwizi river on a map

(ii).   Farming due to the presence of scattered cultivation on a map

(iii).  Lumbering due to the presence of forest on a map

( iv). Pastoralism due to the presence of scrubs on a map

(v).   Irrigation due to the presence of Ipwizi rivet on a map.

8. Study the photograph provided, then answer the questions that follow: 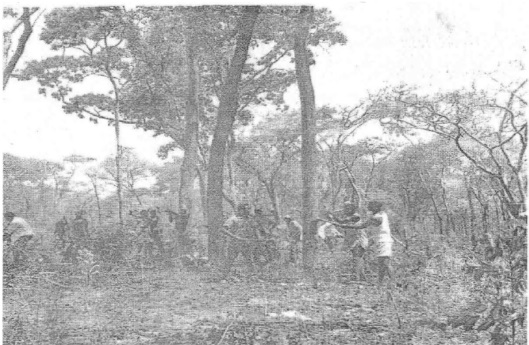 a) What type of photograph is this? Give reasons for your answer

Ground or Horizontal Photograph due to the following reasons:
- It shows the side or front view of the image
- The foreground objects look larger than the middle and background objects
- The horizon is easily seen from the background of the object

c) What kind of activity is taking place in the area?
Deforestation

d) What will happen if the activity in (c) above takes place in your local environment?
The impact of deforestation (cutting down of trees) in the local areas is
- Desertification, due to clearance of trees
- Loss of biodiversity, both plants and animals
- Drought, due to destruction of trees which protect water sources


- Soil erosion, due to destruction of trees and grasses which protect and cover the  land

9. (a).  Aswan High dam is the dam across Nile River in Egypt which is construction completed on July July  21, 1970. It is located in Aswan in Egypt  and utilizes the power of the river for a variety of social and economic causes.

(i). Production of hydro- electric power For both domestic and industrial uses.

(iii).  Fishing and fishing industries also have been developed

(iv.  Control of floods near and along the Aswan dam.

(v).  Navigation has been improved.

(b). Kondoa District is one of the seven districts of the Dodoma Region of Tanzania. It is bordered to the north by Manyara Region, and to the south by Chemba District. Its district capital is the town of Kondoa.

(i).   Creation of employment opportunity

(iv).  Flood control near or along Kondoa

10. Agriculture is the practice of farming which involves crop production and livestock rearing over the earth's surface.

Over the last twenty five years, China has made huge progress in meeting its agricultural policy objectives: agricultural production has risen sharply, rural industries have absorbed a large part of farm labor, poverty has fallen dramatically, and the level and quality of food consumption has improved significantly.

11. Population refer to the number of people, animals and plants (living things) occupying a certain
area.

Population change is the growth or decline in population i.e increase or decrease population can change by positive growth and negative growth.

The following are the causes of population causes in the great lake of East Africa.
(i). Immigration

12.        Aquatic resources refers to all resources found in the body of water example all organisms live in water such as fishes etc.

The following are the five (5) ways on how to overcome to lose their aquatic resources.

(i). Encouraging the use of proper fishing methods

(ii). Provision of education about importance of aquatic resources

(iv). To discourage water pollution around lakes and rivers.