Carefully study the photograph provided below and then answers the questions that follow: 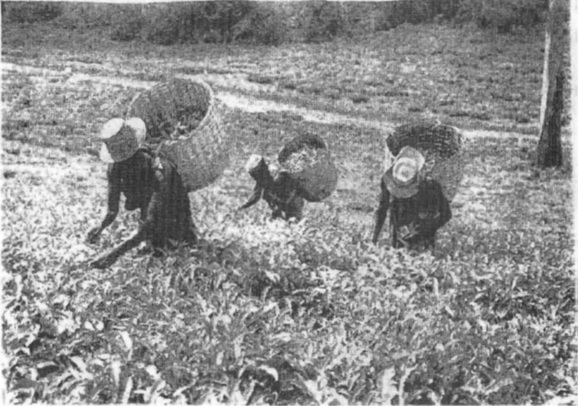 a)  At what time was the photograph taken? Give reasons for your answer
Morning Hours due to the following reasons:
- Tea harvesting is usually done in the morning in order to maintain the quality of the tea leaves because during the noon the tea leaves tend to shrink due sunrays

d) With reason(s) mention the type of the photograph
Low Oblique Photograph due to the following reasons:
- It shows both the top and front view of the image
- The horizon is not seen