Home Kiswahili KISWAHILI NOTES FOR FORM ONE - ALL TOPICS

KISWAHILI NOTES FOR FORM ONE - ALL TOPICS 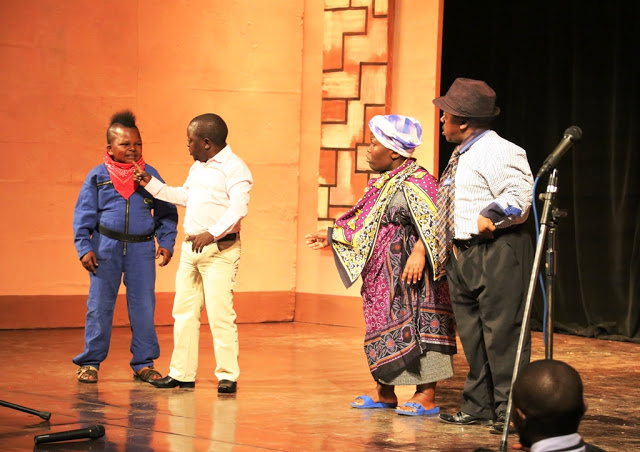 Click the topics below to view the notes for form one:

Swahili language, also called kiSwahili, or Kiswahili, Bantu language spoken either as a mother tongue or as a fluent second language on the east coast of Africa in an area extending from Lamu Island, Kenya, in the north to the southern border of Tanzania in the south. (The Bantu languages form a subgroup of the Benue-Congo branch of the Niger-Congo language family.)

People who speak Swahili as their sole mother tongue are usually referred to as Waswahili, but this name refers to their language only and does not denote any particular ethnic or tribal unit. Swahili is widely used as a lingua franca in: (1) Tanzania, where it is the language of administration and primary education; (2) Kenya, where it is, after English, the main language for these purposes; (3) Congo (Kinshasa), where a form of Swahili is one of the four languages of administration, the main language for this purpose being French; and (4) Uganda, where the main language is again English.

Swahili has been greatly influenced by Arabic; there are an enormous number of Arabic loanwords in the language, including the word swahili, from Arabic sawāḥilī (a plural adjectival form of an Arabic word meaning “of the coast”). The language dates from the contacts of Arabian traders with the inhabitants of the east coast of Africa over many centuries. Under Arab influence, Swahili originated as a lingua franca used by several closely related Bantu-speaking tribal groups. In the early 19th century, the spread of Swahili inland received a great impetus from its being the language of the Arab ivory and slave caravans, which penetrated as far north as Uganda and as far west as Congo. Swahili was later adopted by European colonialists, especially the Germans, who used it extensively as the language of administration in Tanganyika, thus laying the foundation for its adoption as a national language of independent Tanzania. In Kenya and Uganda, other local languages also received official encouragement during the colonial period, but the tendency in these countries is now to emphasize the use of Swahili. The oldest preserved Swahili literature, which dates from the early 18th century, is written in the Arabic script, though the language is now written in the Roman alphabet.

There are about 15 main Swahili dialects, as well as several pidgin forms in use. The three most important dialects are kiUnguja (or Kiunguja), spoken on Zanzibar and in the mainland areas of Tanzania; kiMvita (or Kimvita), spoken in Mombasa and other areas of Kenya; and kiAmu (or Kiamu), spoken on the island of Lamu and adjoining parts of the coast. Standard Swahili is based on the kiUnguja dialect.

Swahili is characteristically Bantu in its grammar, and it has a large vocabulary of word roots traceable to a common Bantu stock. Swahili nouns are divided into classes on the basis of their singular and plural prefixes; prefixes are also used to bring verbs, adjectives, and demonstrative and possessive forms into agreement with the subject of a sentence. Thus, in a sentence with wa-tu, “people” (singular m-tu, “person”), all the words begin with the w-/wa- prefix; e.g., wa-tu w-etu wa-le wa-kubwa wa-mekuja: “those big people of ours have come.” Verb stems may be extended by means of varying suffixes, each one with its particular nuance of meaning; e.g., funga (“shut”), fungwa (“be shut”), fungika (“become shut”), fungia (“shut for”), fungisha (“cause to shut”), and so on.

Various colonial powers that ruled on the coast of East Africa played a role in the growth and spread of Swahili. With the arrival of the Arabs in East Africa, they used Swahili as a language of trade as well as for teaching Islam to the local Bantu peoples. This resulted in Swahili first being written in the Arabic alphabet.

The later contact with the Portuguese resulted in the increase of vocabulary of the Swahili language. The language was formalised in an institutional level when the Germans took over after the Berlin conference. After seeing there was already a widespread language, the Germans formalised it as the official language to be used in schools. Thus schools in Swahili are called Shule (from German Schule) in government, trade and the court system. With the Germans controlling the major Swahili-speaking region in East Africa, they changed the alphabet system from Arabic to Latin.

After the first World war, Britain took over German East Africa, where they found Swahili rooted in most areas, not just the coastal regions. The British decided to formalise it as the language to be used across the East African region (although in British East Africa [Kenya and Uganda] most areas used English and various Nilotic and other Bantu languages while Swahili was mostly restricted to the coast). In June 1928, an inter-territorial conference attended by representatives of Kenya, Tanganyika, Uganda, and Zanzibar took place in Mombasa. The Zanzibar dialect was chosen as standard Swahili for those areas, and the standard orthography for Swahili was adopted.