ENGLISH - Poem - LET ME NOT TO THE MARRIAGE OF TRUE MINDS 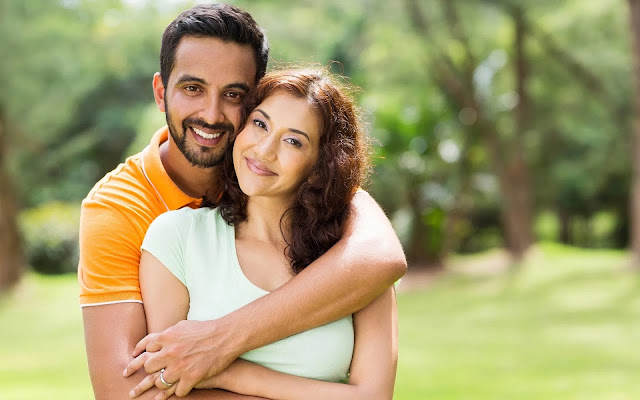 William Shakespeare was a renowned English poet, playwright, and actor born in 1564 in Stratford-upon-Avon. His birthday is most commonly celebrated on 23 April, which is also believed to be the date he died in 1616.


LET ME NOT TO THE MARRIAGE OF TRUE MINDS
W. Shakespeare (England)

Let me not to the marriage of true minds
Admit impediments. Love is not love
Which alters when it alteration finds,
Or bends with the remover to remove:
O, no! it is an ever-fixed mark,
That looks on tempests and is never shaken;
It is a star to every wandering bark,
Whose worth’s unknown, although his height be taken.
Love’s not Time’s fool, though rosy lips and cheeks
Within his bending sickle’s compass come;
Love alters not with his brief hours and weeks,
But bears it out even to the edge of doom.
If this be error, and upon me prov’d
I never writ, nor no man ever lov’d

This is a sonnet also called sonnet 116 written by a British metaphysical poet William Shakespeare (1564-1616) that tries to fill the vacuum of infidelity and unfaithfulness in marriage relationships. The poet shows that at least true love based on truth and understanding can exist. He presents two glorious lovers who come into relationship freely and are trustful to each other. He shows that this kind of love is usually unshakable and always remains so no matter the circumstances.

TRUE LOVE
The kind of love that Shakespeare brings out here is the one that stands firmly even if there might be consequences to shake it. He says that such kind of a love does not alter/change when it alteration finds. For him true love is like “an ever-fixed mark” which will survive any crisis. In lines 7-8 he continues to say although we may be able to measure love to some degrees, this does not mean we truly understand it. Love’s actual worthy cannot be known- it is a misery.
O, no! it is an ever-fixed mark,
That looks on tempests and is never shaken;
It is a star to every wandering bark,
Whose worth’s unknown, although his height be taken
This kind of love that Shakespeare expresses is the one that is unchangeable even when challenged by some circumstances. Love is not flat but he warns that even if it means to go through upside downs they should remain firm.  It’s like a North Star that guides the ship (bark) in deep sea.
On the marriage day there may really be no impediments (obstacles) but in the long run, changes of circumstances, outward appearance and other conducts may challenge the relationship. But lines 9-12 reaffirms that, this kind of love is unshakable throughout time and always remains so.
Love alters not with his brief hours and weeks,
But bears it out even to the edge of doom.

UNFAITHFUL LOVE
On the other hand he shows that there is another extreme of love that is not based on mutual love. If something happens to challenge the relationship it breaks away.
…………………Love is not love
Which alters when it alteration finds,
Or bends with the remover to remove:
Lastly, in the final couplet the poet declares that if he is mistaken in his view of the unmoveable nature of true love then he must take back all his writings on love, truth and faith. Then he says if he judged love inappropriately no man has ever really loved in the ideal sense that the poet professes.
If this be error, and upon me prov’d
I never writ, nor no man ever lov’d

GUIDING QUESTIONS
Comment on the Tone and mood of the poem.
The tone is lovely because the poet generally talks about true love of two lovers and the mood is romantic.
ii) What is the type of the Poem?
It is a sonnet made up of 14 verses (line)
iii) Comment on the rhyming scheme/ Pattern
The poem has a regular rhyming pattern of ABAB CDCD EFEF GG
iv). Comment on the Figures of speech and sound devices
Ø  Metaphor
Love is compared to the star
It is the star to every wandering bark
Ø  Allusion
The first two lines are a manifest of allusion to the words of the marriage service ‘if any one of you knows cause of just impediments why these two persons should not be joined together in a holy matrimony’
Ø  Alliteration
….compass come.
Ø  Personification
The poet uses abstract things like Time and Love as human beings to show that they can do of feel like human beings. He even uses pronoun ‘his’ when referring to them. E.g.
Ø  Love alters not with his brief hours and weeks.
Ø  Or bends with the remover to remove:
Is the poem relevant to your society?
Ø  In the society today there are people with true love though they are very few. Most of them fall in the category of love which changes with circumstances. When challenged by poor income, lack of a child, or any other challenge it easily breaks away though on the marriage day they admitted to remain together until death separates them. And that they will survive the coming impediments.
What lesson do you get from the poem?
1)      We should cherish true love.
2)      True love is unshakable and remains so throughout time.
o   What are impediments? What do you think the marriage of true minds is?
In actual sense impediments means obstacles/ hindrances. In marriage service this is a covenant that the couple should make to see to it that their love is free and willing and is one motivated by true love.
o   What does the poet mean when he says that you can measure the height of a star but not its worth? How can you apply this to love?
Always we can only judge outward appearance of something but inward characters are difficult to be measured. So even in the case of love it is not what it always seems to be in the outside. It’s worth lie deeper into the heart of someone. There is more to it than just outward appearance. No one can read someone else’s heart.
o   In Shakespeare’s day the word ‘fool’ could mean a servant. Why is love ‘not Time’s fool’?
Love is not Time’s servant in a sense that love is timeless. It does not last with time but it endures forever as long as those in love have decided to remain in love no matter what circumstance may challenge their relationship.