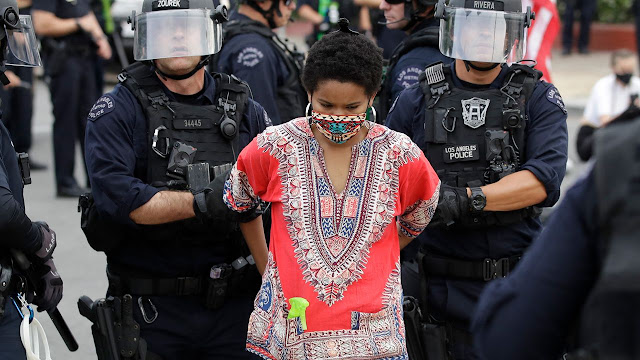 Hollow heads torture me with ignorance,
Blind eyes harass me with darkness,
Deaf ears tire me with silence,
Dumb voices deafen me with gibberish,
Blank minds confuse me with emptiness,
And, above all,
There is power and command.
*
With wits and ears and eyes,
I have speech and a strong mind,
But I remain weak and powerless.
They oppress me, they torture me
They fight me, they kill me.
It’s a fight to bring me down to silence,
To darkness and gibberish, to ignorance,
And through brainwashing to emptiness.
*
All right, my friends,
It’s a battle and I’ll fight it.
Ears and wits and eyes and speech,
And a strong conscience:
These are my weapons,
And I will fight to the last cell.

The poem ‘Hollow heads’ is a poem that ridicules the leaders who are empty-headed and try to prevent intellectuals from thinking because they will criticise their practices. The persona shows that he has a strong mind and speech but he remains powerless and weak because he has intellectual power but lacks political power. This is very common in political arena where those who seem to be critical to government practices and propose new ways are hated, arrested or exiled.

TORTURE AND OPPRESSION,
The persona complains for the torture and oppression he gets from those in power. Those in power are not intellectually powerful as the persona and he uses different images to describe their incompetence. These are blind eyes, deaf ears, dumb voices, blank mind etc all these show that he is fighting against empty-headed people who cannot reason properly. He says
“I have speech and strong mind,
But I remain weak and powerless,
They oppress me they torture me”

INTELLECTUAL BATTLE/PROTEST
The persona describes his opponents as empty-headed with brainwashing ideas. They want to silence him that he may not express himself. They even want to kill him as a way of silencing him. He raises an open protest against this oppression and torture from the ruling class.
All right, my friends,
It’s a battle and I’ll fight it.
Ears and wits and eyes and speech,
And a strong conscience:
These are my weapons

SACRIFICE AND COURAGE
The persona shows that although his opponents are powerful he is not going to retreat easily. He says it is a battle and he has to fight it even to the last cell. Sacrifice and courage are very important when dealing with brainwashing from the ruling class.  In the last stanza the poet says;
And I will fight to the last cell.

GUIDING QUESTIONS
(a)  Who is the persona? How do you know?
The persona is an intellectual who is oppressed by the system not to give his views. He says that he has a speech and strong mind.
(b) How many stanzas are there?
There are 4 stanzas.
(c)  Why is stanza four made of only one line? And what message does it carry?
The poet wants to emphasize a point of sacrifice. It is one line but carries the strong message of the whole poem that sacrifice is his only remaining weapon.
(d) Comment on the language use.
The language used justifies the poet’s anger towards the ruling class. He has used a strong language that carries his message across very easily.
The choice of words like, torture, oppress, ignorance, hollow heads, blind eyes, deaf ears, dumb voices, blank mind etc help the readers to get the message of the poet more easily.
There is also the use of figures of speech like
Ø  Irony: All right my friends. (He calls his enemies his friends)
Ø  Parallelism; They oppress me, they torture me, they fight me, they kill me
Ø  Personification:  hollow heads, blind eyes, deaf ears blank minds, are personified that they can, torture, harass, tire, deafen and confuse, respectively.
(e)  What is the mood and tone of the poet?
The tone is serious and the mood is angry at the ruling class.
(f)  Does the poem have a regular rhyming pattern?
The rhyming pattern is a bit complicated. There are some lines that fall into a regular rhyme and some do not. If we were to analyse the rhyme scheme it would look as follows;
Stanza one ABACBDE, stanza two FEBGGAAB,
Stanza three FHIAF, Stanza four D
(g) What message does it carry?
Ø  There should be freedom of speech and conscience for intellectuals to give their views.
Ø  Sacrifice is important if you want to achieve a particular cause.
Ø  Oppression and ignorance are obstacles in the creation of ideal society and building the future.
(h) Is the poem relevant today?
The poem is relevant today because
Ø  We see literary artists who criticise the wrongs of the government being oppressed, tortured, banished or exiled e.g. Ngugi wa Thiong’o, journalists are beaten, arrested, or killed for standing for truth, all these at times have tasted the stinging bitterness of those in power.
Ø  There are people who sacrifice their lives for the good of their societies.