ENGLISH - Poem - DEATH BE NOT PROUD 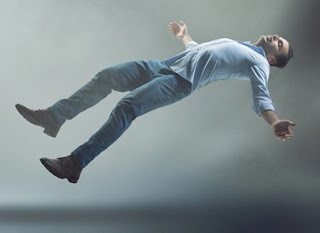 DEATH BE NOT PROUD
By John Donne

John Donne (22 January 1572 – 31 March 1631) was an English poet, scholar, soldier and secretary born into a Catholic family, a remnant of the Catholic Revival, who reluctantly became a cleric in the Church of England.

He is considered the pre-eminent representative of the metaphysical poets. His poetical works are noted for their metaphorical and sensual style and include sonnets, love poems, religious poems, Latin translations, epigrams, elegies, songs, and satires. He is also known for his sermons.

Death be not proud, though some have called thee
Might and dreadful, for thou art not so;
For those whom thou think’st thou dost overthrow
Die not, poor Death, nor yet canst thou kill me.
From rest and sleep, which but thy pictures be,
Much pleasure- then from thee much more must flow;
And soonest our best men with thee do go,
Rest of their bones and soul’s delivery.
Thou art slave to fate, chance, kings and desperate men,
And dost with poison, war, and sickness dwell;
And poppy or charms can make us sleep as well,
And better than thy stroke. Why swell’st thou then?
One short sleep past, we wake eternally,
And death shall be no more; Death, thou shalt die.

This sonnet is about making death seem not-so-scary. Death has got the real attitude problem in a sense that he thinks he is the biggest, worst meanest dude in town. Everybody treats him like the king of the underworld. They think he has the power to do the terrible things. Donne and other metaphysical poets in general are masters of surprise ending and this one is no exception. Donne says one day death shall take his own life. In traditional Christian theology, it is thought that when people die it’s like they are asleep until the end of the world or the judgement day. The poem like most sonnets has centred on only one subject – death

MORTALITY / DEATH
The poem takes an assertive (confident) stand against mortality (death). It makes a paradoxical statement that mortality is itself mortal - which is to say death can die. But the speaker wouldn’t make this statement if he doesn’t fear that may be death is the end. He shows that although people fear death terribly but in the long run death will be no more and as a result there is no reason for fear.
He compares death with a ‘short sleep’ in which people sleep but there comes a day when they will wake up and live eternally and death shall be the loser. He says;
One short sleep past, we wake eternally
And death shall be no more, Death thou shalt die.

DREAMS AND HOPES
The big dream and hope in the poem is to defeat death and go to heaven. The speaker is confident that his faith in God won’t let him down. Nevertheless, that is a thing about faith it doesn’t always come with a guarantee. However, the speaker shows that even himself, he has got no much option. He must die no matter what. The difference it makes however is that, when you die in God you will rise again and live eternally. This gives him enough hopes to face death.
One short sleep past, we wake eternally

COURAGE
The poem provides us with courage of confronting death without fear. Throughout the entire poem, the speaker grows more confident by showing that death is not the end of life. Although it claims people’s lives now, a day is coming when death will take its own life. In such a case, we certainly have nothing to fear.
He says;
Death be not proud, though some have called thee
Might and dreadful, for thou art not so.

RELIGION AND FAITH
The poem seems to be centred on the subject of religion. It is only in religious spheres people believe that after this life there comes a better life when this mortal body shall put on immortality and death shall be defeated forever.
Nonetheless, Donne puts a clear demarcation that this grace of rising and living eternally is not just for everybody who simply dies. He rather seems to be very meticulous by adopting a more specific statement that only the good people (our best men) are entitled to this privilege.
He says;                And soonest our best men with thee do go,
Rest of their bones and soul’s delivery

THE AFTERLIFE
The poet has the hopes of the afterlife. He even shows that the afterlife is better than this life. For him death seems to be a blessing because it is only through death that people are capable of enjoying the afterlife.
Here says Donne;
From rest and sleep, which but thy pictures be,
Much pleasure - then from thee much more must flow,

GUIDING QUESTIONS
Ø  What type of the poem is this?
This poem is a sonnet because it is made up of 14 lines (verses)
Ø  In what sense is the “sleep of death a short sleep” (line 13)?
Although the dead remain in their tombs for hundreds and thousands of years, still Donne calls it a short sleep since the dead know nothing. From the day they die they remain unconscious and remember nothing until the day of resurrection. After death the next thing they will see is the face of Jesus.
Ø  What is the tone and mood of the poem?
The tone is optimistic since the poet hopes that after this life there is a better life. So the mood is also optimistic.
Ø  Who is the persona? How do you know?
The persona is a religious person who has hopes that his faith in God won’t let him down. He confronts death with confidence. He says ..., nor yet canst thou kill me.
Ø  The poem has no clear/overt reference to Christianity. Aside from the title how do you know that this is a religious poem?
It is only in the religious context people have the assurance of afterlife (life after death). It is the bible that describes death as a short sleep and further states that death will one day be no more in the new heaven and the new earth. (1Cor 15:26)
v  Personification.
Death is addressed as though it is a person. “Death be not proud though some have called thee mighty and dreadful” “Death, thou shalt die”
v  Symbolism
He has used common symbols in Christian theology “sleep and rest” to represent death.
“One short sleep past, we wake eternally” (line 13)
v  Apostrophe -Addressing a thing/person in its/his absence.
The poet addresses death but death does not respond. E.g. he says ‘poor death’ which is an embarrassing way to talk to someone who considers himself tough.
v  Metaphor. The poet compares ‘rest and sleep’ as the pictures of death. Also death is compared with a slave. Thou art slave to fate
v  Synecdoche.
This implies using part of something to represent the whole.
In the poem he uses the “bones of the best men” to represent the whole physical body.
v  Rhetorical question. The speaker asks “why swell’st thou then?” it is just intended to make death realize that he has no reasons to be proud, and not seeking for a response.
Like most petrarchan sonnets, this sonnet has 14 lines and a rhyme scheme that goes ABBA ABBA and the last six lines are CDDC AA
RELEVANCE
Today in our society, there are these two basic concepts about death.  On one side there are those who believe that death is the end of life and human history. Therefore, when they come at the point of death they face it with fear. On the other side there are those especially in religion realm who believe that death is but another door to a better life. For them, death should not be proud because they aspire for afterlife which is better than the life we live now. They take death as a blessing and not as a doom.