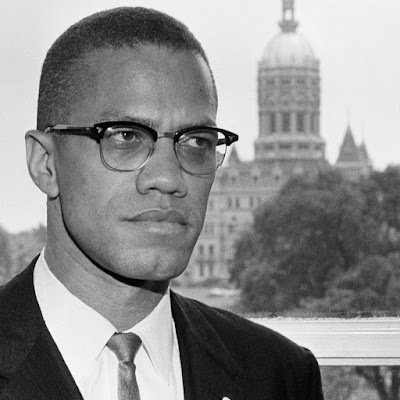 El-Hajj Malik El-Shabazz (born Malcolm Little; May 19, 1925 – February 21, 1965), better known as Malcolm X, was an American Muslim minister and human rights activist who was a popular figure during the civil rights movement. He is best known for his staunch and controversial black racial advocacy, and for his time spent as the vocal spokesperson of the Nation of Islam.

Born in Omaha, Nebraska, Malcolm X spent his teenage years living in a series of foster homes after his father's death and his mother's hospitalization. He engaged in several illicit activities there, eventually being sentenced to 10 years in prison in 1946 for larceny and breaking and entering. In prison, he joined the Nation of Islam, adopted the name Malcolm X, and quickly became one of the organization's most influential leaders after being paroled in 1952.

Malcolm X then served as the public face of the organization for a dozen years, where he advocated for black supremacy, black empowerment, and the separation of black and white Americans, and publicly criticized the mainstream civil rights movement for its emphasis on nonviolence and racial integration. Malcolm X endured surveillance from the Federal Bureau of Investigation (FBI) for the Nation's supposed links to communism.

On February 21, 1965, he was assassinated. Three Nation members were charged with the murder and given indeterminate life sentences. Malcolm X is a widely celebrated figure within African-American and Muslim American communities for his pursuit of racial justice.