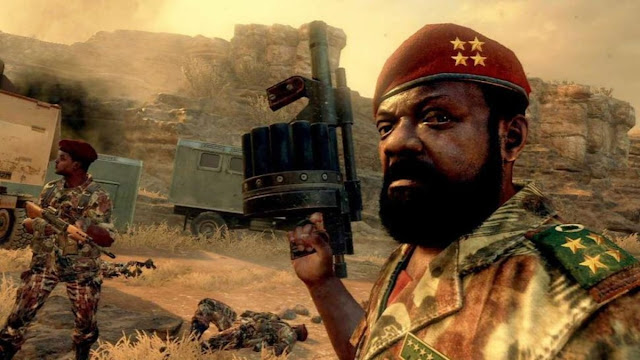 Jonas Malheiro Savimbi (3 August 1934 – 22 February 2002) was an Angolan revolutionary politician and military leader who founded and led the National Union for the Total Independence of Angola (UNITA).

UNITA first waged a guerrilla war against Portuguese colonial rule, 1966–1974, then confronted the People's Movement for the Liberation of Angola (MPLA) during the Angolan Civil War until Savimbi's death in a clash with government troops in 2002.

Savimbi's biography describes him as "an incredible linguist. He spoke four European languages, including English although he had never lived in an English-speaking country. He was extremely well read. He was an extremely fine conversationalist and a very good listener." Savimbi also accused his political opponents of witchcraft.

Savimbi's U.S.-based supporters ultimately proved successful in convincing the Central Intelligence Agency (CIA) to channel covert weapons and recruit guerrillas for Savimbi's war against Angola's Marxist government. During a visit to Washington, D.C. in 1986, Reagan invited Savimbi to meet with him at the White House. Following the meeting, Reagan spoke of UNITA winning "a victory that electrifies the world."

After surviving more than a dozen assassination attempts, and having been reported dead at least 15 times, Savimbi was killed on 22 February 2002, in a battle with Angolan government troops along riverbanks in the province of Moxico, his birthplace. In the firefight, Savimbi sustained 15 gunshot wounds to his head, throat, upper body and legs. While Savimbi returned fire, his wounds proved fatal; he died almost instantly.