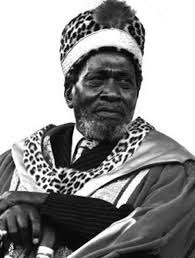 Jomo Kenyatta (1897 – 22 August 1978) was a Kenyan anti-colonial activist and politician who governed Kenya as its Prime Minister from 1963 to 1964 and then as its first President from 1964 to his death in 1978. He was the country's first indigenous head of government and played a significant role in the transformation of Kenya from a colony of the British Empire into an independent republic. Ideologically an African nationalist and conservative, he led the Kenya African National Union (KANU) party from 1961 until his death.

Kenyatta was born to Kikuyu farmers in Kiambu, British East Africa. Educated at a mission school, he worked in various jobs before becoming politically engaged through the Kikuyu Central Association. In 1929, he travelled to London to lobby for Kikuyu land affairs. During the 1930s, he studied at Moscow's Communist University of the Toilers of the East, University College London, and the London School of Economics.

In 1952, he was among the Kapenguria Six arrested and charged with masterminding the anti-colonial Mau Mau Uprising. Although protesting his innocence a view shared by later historians—he was convicted. He remained imprisoned at Lokitaung until 1959 and then exiled in Lodwar until 1961.

On his release, Kenyatta became President of KANU and led the party to victory in the 1963 general election. As Prime Minister, he oversaw the transition of the Kenya Colony into an independent republic, of which he became President in 1964. Desiring a one-party state, he transferred regional powers to his central government, suppressed political dissent, and prohibited KANU's only rival Oginga Odinga's leftist Kenya People's Union from competing in elections.

Kenyatta was a controversial figure. Prior to Kenyan independence, many of its white settlers regarded him as an agitator and malcontent, although across Africa he gained widespread respect as an anti-colonialist. During his presidency, he was given the honorary title of Mzee and lauded as the Father of the Nation, securing support from both the black majority and the white minority with his message of reconciliation.