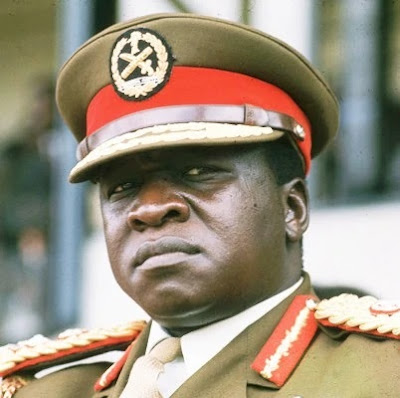 Idi Amin Dada Oumee (1925 – 16 August 2003) was a Ugandan military officer who served as the President of Uganda from 1971 to 1979. Popularly known as the "Butcher of Uganda", he is considered one of the cruelest despots in world history.

Amin was born in Koboko to a Kakwa father and Lugbara mother. In 1946, he joined the King's African Rifles (KAR) of the British Colonial Army as a cook. He rose to the rank of lieutenant, taking part in British actions against Somali rebels in the Shifta War and then the Mau Mau rebels in Kenya. Uganda gained independence from the United Kingdom in 1962, and Amin remained in the armed forces, rising to the position of major and being appointed Commander of the Uganda Army in 1965. He became aware that Ugandan President Milton Obote was planning to arrest him for misappropriating army funds, so he launched a military coup in 1971 and declared himself President.

Idi Amin attempted to annex Tanzania's Kagera Region in 1978, so Tanzanian president Julius Nyerere had his troops invade Uganda; they captured Kampala on 11 April 1979 and ousted Amin from power. Amin then went into exile, first in Libya, followed by Iraq, and then in Saudi Arabia, where he lived until his death on 16 August 2003.