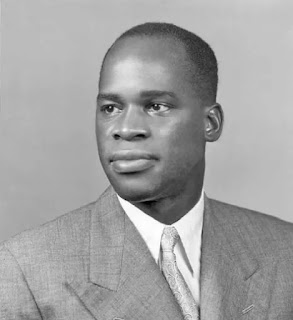 Eduardo Chivambo Mondlane (20 June 1920 – 3 February 1969) served as the founding President of the Mozambican Liberation Front (FRELIMO) from 1962, the year that FRELIMO was founded in Tanzania, until his assassination in 1969. He was an anthropologist by profession but worked as a history and sociology professor at Syracuse University.

In 1969, a bomb was planted in a book sent to him at the FRELIMO Headquarters in Dar es Salaam, Tanzania. It exploded when he opened the package in the house of an American friend, Betty King, killing him. The assassination remains unsolved.