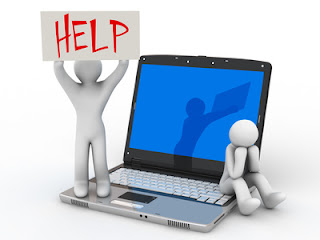 
Computer handling is sometimes called computer maintenance. Computer handling is the process of caring the computer and its accessories so that it can perform its work properly.
Power Management
This is the process of dealing with power disturbances.
Power disturbances include:
The importance of using UPS, Surge protectors and Voltage Stabilizers
Explain the importance of using UPS, Surge protectors and Voltage Stabilizers
UPS an uninterruptible power supply is a device which immediately provides backup power during power failure. A UPS is normally used for computers or other devices such as networking equipments. This will allow the users to save everything to avoid data loss and properly shut the computer down.
A surge protector (or surge suppressor or surge diverter) is an appliance or device designed to protect electrical devices from voltage spikes. A surge protector attempts to limit the voltage supplied to an electric device by either blocking or shorting to ground any unwanted voltages above a safe threshold.
A voltage stabilizer is an electrical appliance used to feed constant voltage current to electrical gadgets like ACs and computers, and protects them from damage due to voltage fluctuations.
The effects of voltage fluctuations
Explain the effects of voltage fluctuations
The effects of voltage fluctuations

Backup Data
Backup devices
Types of backup devices
Backup refers to the process of making copies of data or data files to use in the event the original data or data files are lost or destroyed. Secondarily, a backup may refer to making copies for historical purposes, such as for longitudinal studies, statistics or for historical records or to meet the requirements of a data retention policy. Many applications, especially in a Windows environment, produce backup files using the .BAK file extension.
1. Keep It in the Cloud
Big players in the cloud storage field include:
Advantages
Disadvantages
2. Save It to an External Hard Drive
External and portable hard drives connect to one computer at a time. They are usually wired devices, although some have wireless capabilities. Many external and portable drives now come with USB 3.0 capabilities, but your computer must also have USB 3.0 to take advantage of this feature.
Advantages
Disadvantages
3. Burn It to a CD, DVD, or Blu-ray Disc
Once the gold standard in data backup, burning data to CDs, DVDs, or Blu-ray discs is now a much less popular, albeit still reliable, a method of data backup.
Advantages:-
Disadvantages:-
4. Put It on a USB Flash Drive
USB flash drives are like tiny solid state drives that you can carry in your pocket. While they were once expensive and available only in small capacities, their prices have dropped and size increased.
Advantages,
Disadvantages,
5. Save It to a NAS Device
A NAS (network attached storage) is a server that’s dedicated to saving data. It can operate either wired or wirelessly—depending on the drive and your computer— and once configured, it can display as simply another drive on your computer.
Advantages;
Disadvantages;

Computer Security
Computer Is the process of preventing computer data loss
The following are security measures for protecting computer data;
The concept of virus
Explain the concept of virus
A virus is a program that infect an executable file
EFFECTS OF VIRUS
WORM
DIFFERENCES BETWEEN A WORM AND A VIRUS
TROJAN HORSE
EFFECTS OF TROJAN HORSE
A LOGIC BOMB
TIME BOMB
SPYWARE
ADWARE
The ant-virus programs
Use ant-virus programs
Antivirus software is a type of utility used for scanning and removing viruses from your computer
OR
Antivirus software is a class of program designed to prevent, detect and remove malware infections on individual computing devices, networks and IT systems.
While many types of antivirus (or "anti-virus") programs exist, their primary purpose is to protect computers from viruses and remove any viruses that are found.
How antivirus software works
Antivirus software typically runs as a background process, scanning computers, servers or mobile devices to detect and restrict the spread of malware. Many antivirus software programs include real-time threat detection and protection to guard against potential vulnerabilities as they happen, as well as system scans that monitor device and system files looking for possible risks.
Antivirus software usually performs these basic functions:
Types of antivirus programs
Antivirus software is distributed in a number of forms, including stand-alone antivirus scanners and internet security suites that offer antivirus protection, along with firewalls, privacy controls and other security protections.
Some antivirus software vendors offer basic versions of their products at no charge. These free versions generally offer basic antivirus and spyware protection, but more advanced features and protections are usually available only to paying customers.
While some operating systems are targeted more frequently by virus developers, antivirus software is available for most OSes:
Virus detection techniques
Antivirus software uses a variety of virus detection techniques.
Originally, antivirus software depended on signature-based detection to flag malicious software. Antivirus programs depend on stored virus signatures -- unique strings of data that are characteristic of known malware. The antivirus software uses these signatures to identify when it encounters viruses that have already been identified and analyzed by security experts.
The effects of dust, liquid, temperature and humidity on a computer and accessories
Explain the effects of dust, liquid, temperature and humidity on a computer and accessories
Keeping a clean environment in your home or office is good for the performance and longevity of your computer. Environmental factors like dust, smoke and spilled liquids can damage your computer in ways that you may have not considered. Let’s take a look at a few of these dangers in your workspace.
Dust: Most computers are designed to use a combination of vents and cooling fans to keep the internal components operating a safe temperature. While dust on the outside of your computer case can’t cause much damage, once dust is drawn into those vents they can begin to clog. When the vents clog the fans have to work harder to maintain a safe temperature. Additionally, dust that settles on the inside of your computer has unwanted insulating properties and can blocking proper airflow. Like any mechanical part, the harder those internal cooling fans work the faster they will break. If the fans are unable to maintain a safe temperature, other parts of your computer like the memory, processor or power supply can overheat and stop working correctly.
Smoke: Believe it or not, cigarette smoke can be bad for your computer. Smoke of all kinds contains particulate matter that be drawn in your computer just like dust. The sticky tar in smoke that damages your lungs can also build up on the internal parts of your computer, putting your computer at risk for overheating or even short circuits of the delicate electrical components. Naturally this doesn’t just apply to cigarette smoke. If your computer is next to a wood stove, an ashtray or a fireplace you may want to consider relocating it to another location.
Cold Temperatures, cold temperatures are not as dangerous to a computer as overheating is, but problems can still occurs. If computers get too cold when left powered off, their components can be damaged upon boot because the electricity heats the circuit. As electricity travels through an circuit, it heats rapidly and causes the matter to expand. Rapid expansion, when close to matter that remains the same size, it distorts it. This can bend or break component.s Therefore, you should let computers previously stored in cold temperatures heat to room temperature before turning them on. Laptop displays are especially vulnerable to cold weather; they have liquid crystal that can freeze. Therefore, the laptop needs to be at or close to room temperature before powering up
Overheating, laptop and desktop computers are vulnerable to overheating. The electronic components operate at a specific current induced by a low voltage. The sensitivity of the components means that even a small fluctuation in voltage is dangerous. Excessive heat lowers the electrical resistance of objects, therefore increasing the current. In addition, slowdown is a result of overheating. Components can shut down when overheated and the motherboard temperature sensor instructs hardware such as the hard drive and processor to slow down.
Humidity, during normal use, humidity doesn't pose as likely a threat as heat. Everyone knows that electronics and water don't mix, but as long as you don't spill liquid into your computer, humidity is unlikely to break it. That said, both extremely humid and extremely dry climates can cause problems.
Temperature Limits, computer components have differing heat safety thresholds, often listed in the part's specifications. The most likely part to overheat, the CPU, automatically throttles its speed if it approaches its maximum temperature. If it continues to overheat, it triggers a fail safe which shuts down the computer rather than risk permanent damage. Maximum temperatures -- sometimes called if you're concerned about overheating.