Early Computer Development
The historical background of development of computer
Explain historical background of development of computer
Actually speaking electronic data processing does not go back more than just half a centaury i.e. they are in existence merely from early 1940’s. In early days when our ancestor used to reside in cave the counting was a problem. Still it is stated becoming difficult. When they started using stone to count their animals or the possession they never knew that this day will lead to a computer of today. People today started following a set of procedure to perform calculation with these stones, which later led to creation of a digital counting device, which was the predecessor the first calculating device invented, was know as ABACUS.
DEVELOPMENT OF COMPUTER
Early computer devices
Identify early computer devices
THE EARLY START
THE FIRST COMPUTING MACHINES " COMPUTERS"
THE FIRST ELECTRIC POWERED COMPUTER
THE FIRST OF ALL ELECTRONIC COMPUTER
MORE MODERN COMPUTERS

Computer Generations
A generation is a state of improvement in the development of a product It also refers to different advancement of computer technology. with each each new generation, the circuit has gotten smaller and more advanced than the previous generation before it . as a result of the miniaturisation, speed power and memory of computers has proportionally increased . New discoveries are constantly being developed that affect the way we live work and play 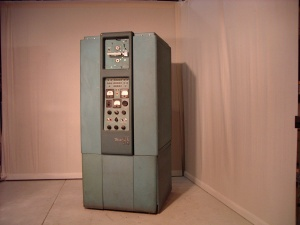 Characteristics of the first generation computers'
THE SECOND GENERATION: 1959 - 1964( THE ERA OF THE TRANSISTORS) 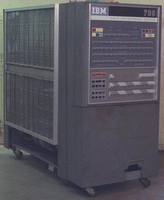 THE FOURTH GENERATION: 1971 - TODAY
(THE MICROPROCESSOR)