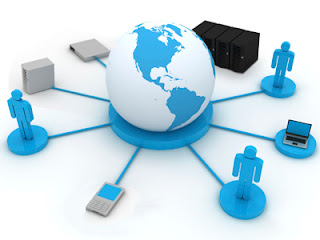 
Concept of Information
The meaning of Data
Define Data
Data and information are used interchangeably but they are quite different.
Consider this example: when a student is admitted at school he/she fills a form with details such as parents names, date of birth, place of domicile , address ,phone number and so on, those details are referred as data. When such data are used by the school authority then the school get the information about a particular student.
Data can be defined as facts about something that can be used in calculating, reasoning or planning.
Data (Input) is a collection of unprocessed items, which can include text, numbers, images, audio, and video which are later processed into information
Information conveys meaning to users, it is also known as processed data (output)
Data is any collection of numbers, characters or other symbols that has been coded into a format that can be input into a computer and processed.
Data on its own has no meaning or context.
It is only after processing by a computer that data takes on a context and becomes information.
Therefore information is an organized data which give meaningful sentence or statement.
Relationship of Data and Information
Relate Data and Information
Data and Information are closely interrelated to each other.
SIMILARITIES BETWEEN DATA AND INFORMATION
DIFFERENCES BETWEEN DATA AND INFORMATION
The sources of Information
Identify sources of Information
What is the source of information?
An information source is a person, thing, or place from which information comes, arises, or is obtained. That source might then inform a person about something or provide knowledge about it. Information sources are divided into separate distinct categories, primary, secondary, tertiary, and so on.In simple words source of information means the origination of the message.
A) PRIMARY SOURCES OF INFORMATION
B) SECONDARY SOURCES
C) TERTIARY SOURCES
The importance of Information
State the importance of Information
Computers were originally used by scientists for calculating numbers, and have gradually become useful in offices and industries. In recent times, simplified models that can be used by almost everybody have become common in schools and homes for accomplishing many varied tasks and applications.
Lists the uses that computers are now commonly put to: writing letters, and reports, printing books, newspapers, and magazines, drawing pictures and diagrams, doing statistics, mathematics and handling financial records, controlling traffic lights, flying aeroplanes, making and playing music and video, sending messages anywhere in the world.
Internet The Internet is a global collection of many types of computers and computer networks that are linked together. It is increasingly becoming the solution to many information, problems, information exchange, and marketing describes the Internet as a mixture of many services with the two most commonly used being electronic mail (e-mail for short) and the World Wide Web (www). It plays a significant role in education, health, political processes, agriculture, economy, businesses and newsgroups.
With Internet connectivity, one can do business all over the world without physical contact with the buyer or the need for a business intermediary. E-mail Electronic mail (e-mail) is the exchange of text messages and computer files transmitted via communications networks such as the Internet .
The e-mail system as the equivalent of postal mailing services, with the biggest difference being the time and cost involved. And not only written data, but all sorts of information in the form of video, audio, or photographs, can be sent via e-mail.
E-mail as an increasing popular method of communication, especially in the workplace. Mobile phones is a telephone system that can move or be moved easily and quickly from place to place. Mobile phones were once the tool of rich and busy executives who could afford both the luxury. Mobile phones are now the ICT that is reshaping and revolutionizing the communications globally. Its impact on the economic activities of nations, businesses, and small entrepreneurs is phenomenal.
The availability of this new technology has been reshaping the material basis of the society as well as bringing about a profound restructuring of economic, political, and cultural relations among states.
In summary information is important because: