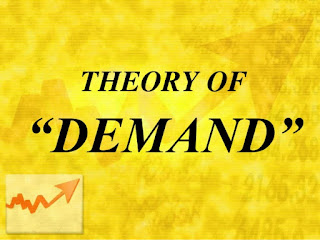 
Theory of Demand
In this concept, we are going to know about demand side of an economy. Demand is a consumer need to own the product or experience the service. Example If you want to buy a pen, this means you are demanding it. Be it a good or a service like quality education, we need to pay for it. Demand is the consumer side of an economy, you are going to see about the law of demand and factors which influence demand. This will be a wonderful experience for you as a commerce student bacause you will be able to make choice. From now on you will be making choice knowing exactly how you are going to benefit from it or how the choice to by something is going to cost you.The primary motive of demand side is to satisfy wants and achieve satisfaction/utility. 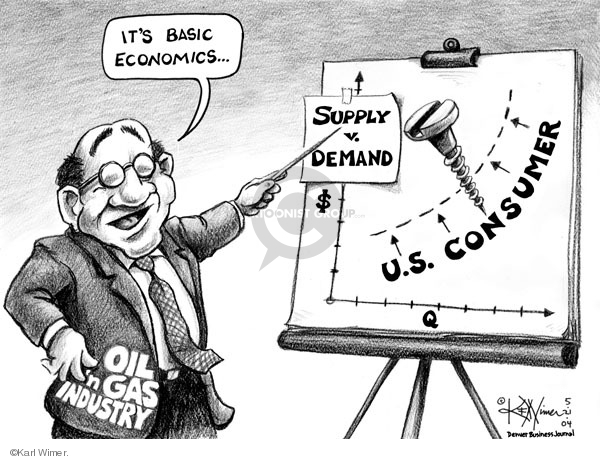 Meaning of Demand
Define demand
Demand is willingness (desire) and the ability to buy a certain quantity of a commodity at the going price at a specific period of time.
Condition for effective Demand
Demand Schedule and Curves
Draw demand schedule and curves
As we have learnt in the introductory paragraph, demand is the willingness and ability to buy goods and services at a specific price. I am pretty sure that, you have gone to the shopping at some point. Before you go to the shopping you have to plot an item against market prices. As it was stated in the law of demand that, the more the price the less we bought. Example, people are very attracted to buy from the sales stores. In this concept, we are going to explore on how to plot a price against quantity(demand schedule) and on how to plot it graphical(demand curve).
DEMAND SCHEDULE: A demand schedule is the chart that summarizes the price of an item and the quantity demanded.
A table that illustrates the alternative quantities of a commodity demanded at different prices. A demand schedule is a simple means of summarizing information about demand price and quantity demanded for a particular good. It is used to highlight the law of demand. It can also be used to derive a demand curve.
A demand schedule is a useful set of information that can summarize several of the more important aspects of demand.
Setting up the Table
In order to set a demand schedule, you need to know the prices and the quantity demanded. By setting up a demand schedule, you will able to plot a demand curve very easily. The price will be plotted in y-axis and the quantity demanded on the x-axis.

This table contains two columns. The first one displays the prices and the second one displays the quantity. As you can see, as price goes up, the quantity demanded by a buyer decreases.
In economics, a demand curve is a graphic representation of the relationship between product price and the quantity of the product demanded. It is drawn with price on the vertical axis of the graph and quantity demanded on the horizontal axis. With few exceptions, the demand curve is delineated as sloping downward from left to right because price and quantity demanded are inversely related (i.e., the lower the price of a product, the higher the demand or number of sales). This relationship is contingent on certain ceteris paribus (other things equal) conditions remaining constant. Such conditions include the number of consumers in the market, consumer tastes or preferences, prices of substitute goods, consumer price expectations, and personal income. A change in one or more of these conditions causes a change in demand, which is reflected by a shift in the location of the demand curve. A shift to the left indicates a decrease in demand
THE LAW OF DEMAND 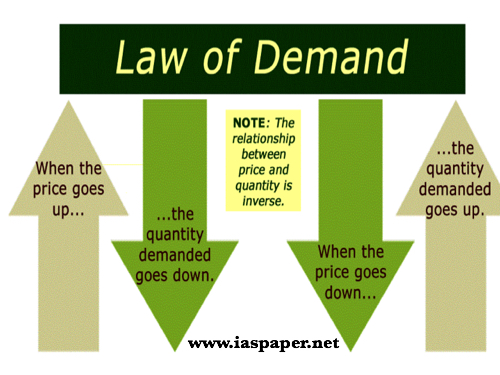 The law of demand states that,all other factors being equal, as the price of a good or service increases, consumer demand for the good or service will decrease, and vice versa.Example, Judith likes to buy lots of clothes but she prefer to buy them only in sales stores. That means, she expects the price to be a bit cheaper. The more the price of clothes, the less is going to be demanded. As a matter of fact, every economist prefer to buy less expensive stuffs.
ASSUMPTIONS OF THE LAW OF DEMAND
The assumption of cardinally measurable utility has been dispensed with not because utility is not cardinally measurable, but simply because such measurement is not at all required for analyzing consumer’s behaviour. The points of distinction between the cardinal and the ordinal measures of utility.
Exception of the law of demand:
The law of demand does not apply in every case and situation. The circumstances when the law of demand becomes ineffective are known as exceptions of the law. Some of these important exceptions are as under.
Factors which Determine the Strength of Demand (Causes for Demand Changes)
Point the factors which determine the strength of demand (causes for demand changes)
The following are the factors which determine demand for goods: 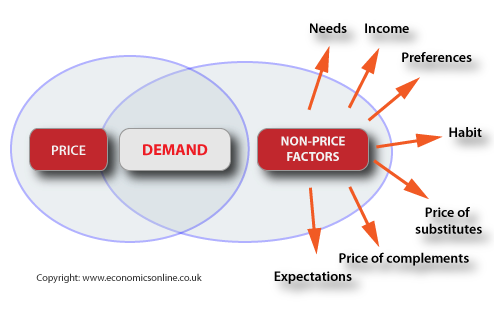 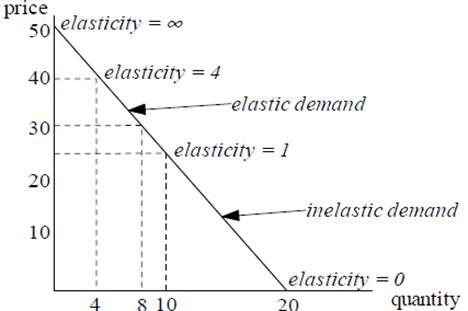 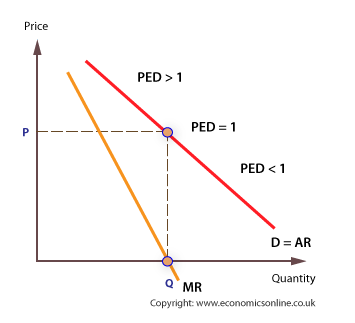 There is a precise mathematical connection between PED and a firm’s revenue.
There are three ‘types’ of revenue:
Answer
Study the patterns of numbers and see if you can analyse the relationships between the three measures of revenue – then answer the following:
Observations
When TR is at a maximum, MR = zero, and PED = 1. 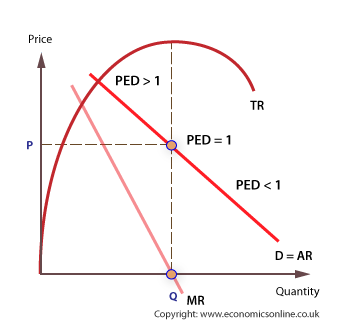 Why does a firm want to know PED?
There are several reasons why firms gather information about the PED of its products. A firm will know much more about its internal operations and product costs than it will about its external environment. Therefore, gathering data on how consumers respond to changes in price can help reduce risk and uncertainly. More specifically, knowledge of PED can help the firm forecast its sales and set its price.
Determinants of PED
There are several reasons why consumers may respond elastically or inelastically to a price change, including:
The effects of advertising
Firms may use persuasive advertising by to win new customers and retain the loyalty of existing ones.
Advertisers use a range of media, including television, press, and electronic media. Advertising will shift demand to the right, and make demand less elastic. 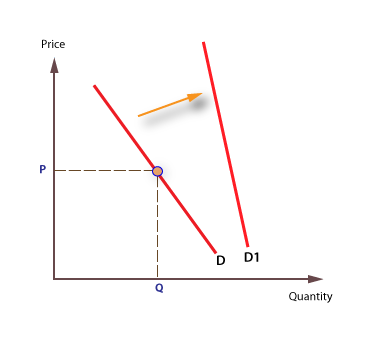 There are three extreme cases of PED. 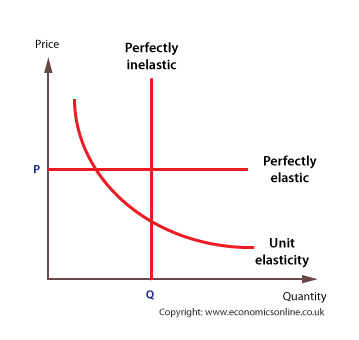