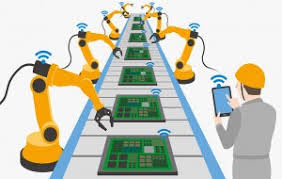 CATEGORIES OF FACTORS OF PRODUCTION
a) LAND-includes all kinds of natural resources. These are all resources we get from nature like land itself, the cost of the land has to be paid before production process. Example, if an investor wants to build a school, he need land first. Then, he will have to buy land and pay for it before ever thing else.
Features of land 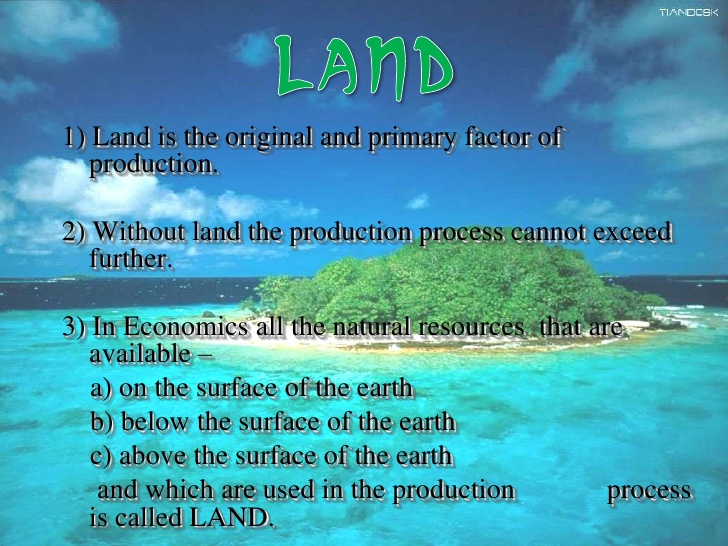 NOTE: The reward of land is RENT.
Importance of land
b) LABOUR-means any mental and physical efforts of human being in the process of production or any mental or physical efforts of human beings for any beneficial productive activity.
Characteristics of Labour:
Labour has the following peculiarities which are explained as under:
DIVISION/SPECIALIZATION OF LABOUR
This refers to a division of work into a number of separate processes. Each process is performed by a single person or a group of persons. For example a work of producing office pins, in this type of production division of labour will be as follows:
BENEFITS
DEMERITS
Division of labour has proved harmful to the individual workers in certain ways:
Different Types of Costs of Production
Explain the different types of costs of production
COSTS OF PRODUCTION.
This the money used to buy the factors of production. Meaning that it is the expense incurred in running a business or producing a commodity. Also the cost of production includes the opportunity cost of producing a commodity. It means foregone benefits which the business could get by using its resources in the production of other commodities. All cost associated with production is known as cost of production
The costs of production are divided into two categories:
IMPLICITY COST (OPPORTUNITY COST)
These are the benefits/gains sacrificed by a firm by not engaging in the production of other commodities. It means a firm, when employing its resources in the production of a particular commodity; it sacrifices other benefits that it could hence obtained by employing the same resources in the production of other commodities.
EXPLICIT (DIRECT COST)
This is the money that is actually used in buying the factors of production.
Cost of production=implicit cost explicit cost
TYPES OF EXPLICIT COST
Variable cost: these are cost which varies according level of production.e.g cost of raw materials, labour etc
Fixed cost/supplementary cost/overhead cost: These are cost which do not change with production.e.g rent, insurance etc
How Division of Labour and Specialization Affect Production
Explain how division of labour and specialization affect production
FORMS/TYPES OF DIVISION OF LABOUR.
Division of labour can be divided into the following types:
LIMITATION OF DIVISION OF LABOUR
c) CAPITAL-is any wealth that is used to produce other wealth. Capital includes all types of producer goods. Example: machinery, money.
Characteristics of Capital:
Capital has its own peculiarities which distinguish it from other factors of production. Capital possesses the following main characteristics:
Types of capital
Public and private capital (social capital)
Fixed capital and circulating capital.
The reward of capital is INTEREST
d) Entrepreneurship/organization.
An entrepreneur is the owner of a business. It is a factor of production, which organizes other factors of production in the production process, and establishes a business.
Functions of entrepreneur.
An entrepreneur has the following functions;
The reward of entrepreneurship is PROFIT OR LOSS.
Importance of Production
Discuss the importance of production
IMPORTANCE OF PRODUCTION
Production in its Branches and Main Occupations
Classify production in its branches and main occupations
BRANCHES OF PRODUCTION AND OCCUPATION
INDUSTRIES. This is concerned with extraction of natural resources and changes their form so that they can be used by people. Industries are classified into three categories according to the different stages of production in which they are involved.
DIRECT SERVICES: these provide services directly to the consumer. For example doctor, lawyer, hotel etc.
COMMERCE: Involves trade and aids to trade.
Exercise 1
QUIZ