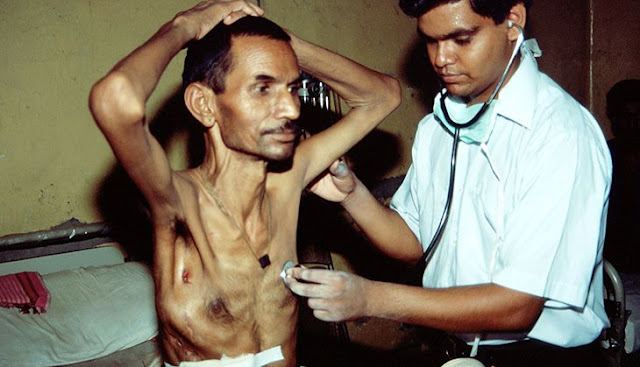 
Relationship Between HIV, AIDS and STIs
Defference between HIV, AIDS and STIs
Distinguish between HIV, AIDS and STIs
HIV/AIDS (Human Immunodeficiency Virus and Acquired Immune Deficiency Syndrome)
Acquired means “to get from” this means that AIDS is gotten from other people, “Immune” means “protect”, this means that the body is normally protected against many diseases. Deficiency means “lack: and syndrome means a group of different symptoms of diseases.
AIDS is the pandemic disease, which is caused by a certain type of organism called virus. These types of viruses are called Human Immunodeficiency Virus.
The Human Immunodeficiency Virus destroys the Immune system, destruction of the immune system makes it easy for the body to be attacked by other diseases.
It takes a long time for HIV to damage the immune system. It takes years before the body’s immune system is destroyed. That is why some people may have HIV in their bodies but not look or feel sick yet. We call these people HIV carriers because they carry the virus in their bodies. When HIV carriers finally begin to show the sign and symptoms of AIDS then we say they have AIDS.
STDS and STIs (Sexually Transmitted Diseases and Sexually Transmitted Infections)
STDs and STIs are diseases and infections, which are transmitted through sexual intercourse. Examples of diseases and infections are: gonorrhea, syphilis, trichomoniasis, candidiasis, chlamadia, genital herpes and hepatitis B.
The Relationship between HIV and STIs
Explain the relationship between HIV and STIs
The link between HIV and other STIs might seem obvious. After all, the same sorts of risk behaviour are involved. However, numerous studies seem to indicate that there is a stronger association between HIV and other STIs than would be expected simply from a behavioural link. Infection with STIs (including syphilis, gonorrhoea and herpes) seems to increase the risk of both acquiring and transmitting HIV over and above a behavioural link. So does bacterial vaginosis, a condition not formally classed as an STI, since it appears not to be transmitted, but which is associated with poor sexual health generally.
Depending on the STI involved and the population, studies have reported that having an STI magnifies the risk of acquiring HIV by anything from two to eight times or more. In the case of people with HIV, having an STI increases viral loads both in the blood and genital secretions, thus making people more infectious – even when taking antiretroviral treatment.
Transmission of HIV/AIDS
HIV can be transmitted by:
Symptoms and Signs of HIV/AIDS
The following are symptoms of HIV/AIDS
Effects of HIV/AIDS
People with AIDS get opportunistic infections and diseases, example of these infections and diseases are:

Counseling and Voluntary Testing (CVT)
The concept of Counselling and Voluntary Testing
Explain the concept of counselling and voluntary testing
Counselling and voluntary test is the process that is undertaken when a person wants to find out if she/he is affected with HIV. Because it is voluntary, a person who think they might have HIV decide on their own whether they want to have the test done or not. If the individual decided to go ahead with testing they will have the opportunity to discuss the test with a trained counselor. Most clinics use rapid accurate scientific tests that make the result available, usually within twenty minutes after the test has been performed.
Voluntary counseling and testing (VCT) for HIV is an efficient internationally recognized approach for people to find out their HIV status at a VCT center. VCT has become one of the most effective and popular ways of diagnosing people who may have been exposed to the virus or who have been infected.
The Significance of CVT in the Control and Prevention of HIV/AIDS and STIs
Outline the significance of CVT in the control and prevention of HIV/AIDS and STIs
VCT is an important tool for preventing the spread of HIV especially in communities where the epidemic is widespread. The following are the importance of counseling voluntary test:
The Procedures and Techniques of CVT for HIV/AID
Explain the procedures and techniques of CVT for HIV/AIDS
There are three main steps in VCT, as explained below:
First Step: There is a session of pre-test counseling where questions about HIV/AIDS and the test are discussed and answered by the counselor. The counselor will help the individual determine whether testing is appropriate given the information that is shared with them about the reason the individual wanted to be tested. Sharing information about their past sexual behaviors will help the counselor determine whether testing is appropriate. After making their assessment, if the counselor deems it appropriate for the person to take the test they should:
Second Step: When the person decided to have the HIV test they must sign a consent form before the test is administered. Informed consent is the crucial part of the VCT process and it is important that the individual is aware of their right to refuse any medical procedure, to be informed about it and to agree to it. There is a statement which they should be asked to read beforehand stating that they have been informed about the HIV-antibody test procedure, that they understand and have given their consent to have the test performed.
Third Step: After the test has been done, the counselor gives the results to the person in the post-test counseling session. (It usually takes around fifteen to twenty minutes after the test has been administered for the results to be ready). If they are found to be HIV positive (meaning that they have HIV) then they are referred to a medical specialist and other counselor in order to aid them in receiving treatment and support.