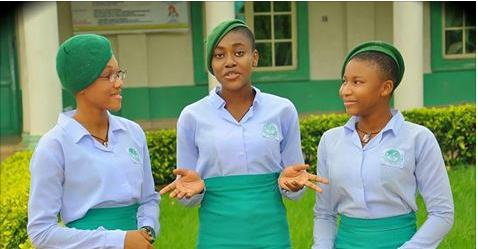 a) Official Language in EAC

Big news! The East African Community has decided to use Swahili as their the official language. This is no surprise, as a large part of the population in most of the association’s countries already speak the language. However, this is not the case in Uganda, which is why all Ugandan citizens have been ordered by the government to learn the language.

When a number of countries form an alliance and a number of countries share the same language, it can be convenient use this language as the main language of communication. According to the Africa Report, this is exactly what happened for the East African Community, which consists of Kenya, Tanzania, Uganda, Rwanda and Burundi. They have declared Swahili to be their official language.

This decision can easily be explained, as Tanzania and Kenya already regard Swahili, which is a mix between the local languages of east African tribes and Arabic, as an official language, the Africa Report says.

In addition, many people in Rwanda and Burundi speak the language as well. The only outsider here is Uganda; here, Swahili is only spoken by a small part of the population.

The Africa Report claims this has to do with the fact that many Ugandans dislike the language because it was used by dictators and colonial officials.

The Ugandan government has decided that now the language will become the official language of the EAC, all Ugandans must learn Swahili.

According to the Africa Report, this president Yoweri Museveni is thus keen to increase the popularity of the language. To create more Swahili speakers, all institutions involved in languages have not only been asked to use Swahili, but also to promote the language and teach it to those that do not speak it. As a result, the government hopes the language will become another national language in Uganda, the African Report says.

According to Barbra Nekesa, Uganda’s Information Minister, the government hopes the decision to make Swahili more widespread in the country will mean conducting business with other EAC states will be easier. She says communication will run more smoothly as the language barrier between business partners will disappear. Nekesa states that the Ugandan government has always promoted the Swahili language but that the negative image the language obtained during the regime of dictator Idi Amin had prevented the efforts from becoming successful.

b) Official Language in SADC

In celebration of 2019 as the International Year Of Indigenous Languages, SADC has adopted a language from its east African brothers and sisters. Not only will Swahili be recognized as an official language, but will be recognized as a mode of communication in business in all sectors and the environment.

Last week the Pan South African Language Board (PanSALB) welcomed the declaration by the Southern Africa Development Community (SADC) to adopt kiSwahili as its fourth official language of communication.

The announcement came as the world celebrated 2019 as the International Year Of Indigenous Languages and was announced during the SADC 39th heads of summit in Tanzanian at the Julius Nyerere International Conference Centre to ensure that the marginalization of African languages as languages of business was dealt with.

“This milestone achievement towards recognition and elevation of indigenous African languages across the SADC region forms part of the greater effort in ensuring development, usage and intellectualisation of our heritage languages,” said the Chairperson of the Board, Dr David wa Maahlamela.

Africa is the only continent where a majority of the languages taught in schools are international foreign languages such as Arabic, English, French, Portuguese and Spanish.

“KiSwahili would be adopted at the level of Council and Summit, first as a language for oral communication, before eventually being adopted for written official communication within SADC,” says GCIS.

It is already an official language of the African Union.

It is also the official language of Kenya, Tanzania and Rwanda with over 100 million speakers.

“We have for long been very much concerned that not only South Africa has experienced the marginalisation of indigenous languages, but also our SADC region, where mostly English language took prominence amongst others.

“South Africa as a member state has a huge responsibility ahead in ensuring that indigenous language not only becomes communication languages, but also business languages in all sectors and environment,” Maahlamela concluded.

The African Union has joined the campaigns to elevate Kiswahili as one of its common languages even as it prepares for heads of State meeting on July 7.

The African Academy of Languages, AU’s specialised institution mandated to develop and promote African languages, has entered into a partnership with the East African Kiswahili Commission to “promote wide use of Kiswahili for regional integration and sustainable development.”

Adoption of Kiswahili as a continental language implies that there will always be a Kiswahili translator at all the bloc’s official meetings with documents, including treaties and agreements also being authored in the East African language.

“The AU has partnered with the EAC to set the pace for the recognition and promotion of Kiswahili as a Language of Wider Communication in the whole of Africa,” the EAC Secretariat said in a statement on Wednesday.

The push to make Kiswahili a pan-African lingua franca comes as the bloc moves to set rules for the African Continental Free Trade Area (AfCTA) unveiled in Kigali last year.

A committee of experts is working on the rules of origin to be applied by all the AfCTA signatories.

On Saturday, President Uhuru Kenyatta is expected to join other African leaders for the AU Extra-Ordinary Summit and the first AfCTA meeting in Niamey, Niger.

A common language plays a crucial role in commerce. African countries have adopted a number of official languages that include English, French, Arabic and Portuguese, depending on their colonial heritage.

In a statement, the EAC secretary general Liberat Mfumukeko, said the Kiswahili push was driven by realisation by EAC policy organs of the importance of the language in regional integration.

“The language is a strategic resource for communication and active citizen participation in development,” he said.

Kiswahili will, from 2020, become the latest language to be taught in South Africa’s classrooms. This East African lingua franca, which is also an official language of the African Union, will be an optional subject.

The news has been greeted with interest and has drawn praise from some quarters. But practical questions related to South Africa’s current sociolinguistic and educational contexts must be asked. For instance, why does South Africa need another language on top of the local 11 as well as the various foreign languages some schools offer? Has the country done all it can to champion local languages before adding another to the mix? And is there space on an already crowded timetable to successfully carry on this project?

These questions shouldn’t be ignored, but I would argue that the benefits of introducing Kiswahili far outweigh the risks. There are several reasons for this, among them the chance to prepare South African pupils for rich interactions in trade, academia and ordinary daily life elsewhere on the continent.

Kiswahili most likely originated on East Africa’s coast. It came about as a result of intermarriage between Bantu-speaking communities along the East African coast and Arabs who arrived at the coast from as early as before 10th C, AD. It then spread into the interior through trade, Christian activities such as missionary work, and exploration activities in the East African mainland.

Today the language is spoken widely in the larger Eastern Africa region as a lingua franca, a language used between people who don’t speak one another’s native language. It’s a national language in Kenya, Uganda and Tanzania, and an official language of the East African Community which comprises Kenya, Uganda, Tanzania, Rwanda, Burundi and South Sudan.

Its use is spreading to southern, western and northern Africa. Currently, however, none of these countries are teaching Kiswahili as a subject the way South Africa intends to; instead, it is generally a language of trade and inter-ethnic communication. However, it may not be long until more countries join South Africa in teaching it in classrooms since the language is spreading fast and becoming a household language in many of these countries in addition to its adoption as one of the official languages of the African Union.

Kiswahili is also a popular research subject at many South African universities. And it’s studied outside Africa, most particularly in the US and Europe. This global interest in the adoption of Kiswahili points at its growing international significance. This implies that its introduction into South African schools is a good move with multiple benefits.