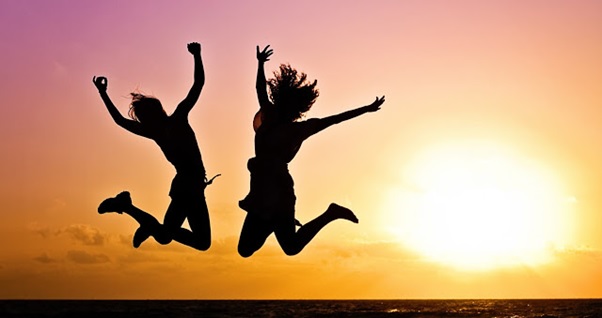 Behold!
The sun has arisen,
And with it the sons of the land have arisen too
Forward they go,
Well armed,
Singing praises to the beauty of the sunrise,
With the determination of long-term warriors,
Challenging the enemy
With the courage of a free mind
And the vigour of a clear purpose.
Sit and wait brethren,
Wait and see what glory they bring at sunset;
How they pay homage to the land -
And their people!

INTRODUCTION
Sunrise is a sonnet written by the late Tanzanian professor, Jwani Mwaikusa (1952-2010) that clearly depicts the subject of Struggle for change. It goes a step ahead to show that there are times when armed struggle is the only means possible to attain the victory over your enemy. But it also capitalizes the importance of unity in such a struggle. Moreover, he shows that in any fight there should be a clear purpose of what you really want to achieve at the end of the struggle.

Like most sonnets they centre on only one subject. This one is no exception. The typical theme is the struggle for freedom. The rest are just the tools to help win the battle such as unity, sacrifice and awareness.

UNITY
Unity is a vital tool in any struggle. If people are united against their common enemy the battle becomes lighter for them than fighting individually. In the poem the ‘sons of the land’ rose in unity, and marched forward with determination.

SACRIFICE
Any armed struggle needs both courage and sacrifice. Because it implies that either you kill somebody or somebody kills you. The sons of the land seem to be well armed and march forward with determination and they challenge the enemy without fear. Just at the beginning of the struggle they just sing songs of praise which shows that they have hopes of winning the battle.
Forward they go
Well armed
Singing praises to the beauty of the sunrise,
With the determination of long-term warriors
Challenging the enemy
With the courage of free mind

RELEVANCE
The poem may still be relevant to us today although we are not under colonialism. There are people, who fight for their civil rights today with unity. Awareness is still needed today for the liberation of the oppressed. There are people who sacrifice their lives for the betterment of their societies. Some of them are imprisoned as they fight against social evils in our societies.
GUIDING QUESTIONS (NECTA 2011)
a)    What is the poem about?
The poem is about the sons of the land who have risen up singing the beauty of the sunrise. They challenge the enemy waiting for victory at sunset. This is to say, they have started up a struggle for redemption of their land and hope to bring victory at the end of the struggle.
b)   For whom does the poem tell us that the sun has risen?
The sun has risen for the sons of the land which symbolically means the oppressed ones; the peasants, workers, or the proletariat class.
c)    What does the word “sunrise” symbolize?
The word ‘sunrise’ symbolises the beginning of the struggle just as it signifies the beginning of a new day.
d)   What type of poem is this?
This is a sonnet because it is made up of fourteen verses.
e)    Comment on the mood and tone of the poem.
Both the tone and mood are optimistic. The sons of the land have risen up singing with hopes of bringing victory at the end of their struggle.
f)    Comment on the structure of this poem.
Ø  It is a free-verse poem with no rhyming pattern.
Ø  There is variation in the length of verses; some are very short and some very long.
Ø  Also the poet has employed poetic licence when he says ‘Forward they go” which is not a normal English structure of SVA. ‘They go forward’
g)   The poem contains two major images. Mention them.
Ø  Sunrise this symbolises the beginning of the struggle (or the war of liberation).
Ø  Sunset this symbolises the end of the struggle.
h)   The poet talks about “challenging the enemy” who do you think the enemy might be?
The enemy might be the colonialists who oppress, humiliate, and exploit the Africans.
i)     What do we learn from this poem?
Ø  Struggle for freedom is not a simple thing it needs determination and sacrifice.
Ø  Unity is very important in any struggle. (the sons have risen with unity)
Ø  Hard work pays at the end.
Ø  When you struggle for something you must have a clear purpose (goal to achieve)