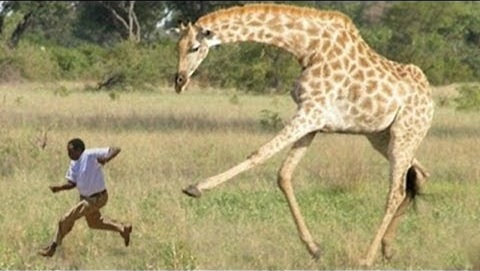 Tanzania’s fauna is notable both for sheer numbers and variety, with representatives of 430 species and subspecies among the country’s more than four million wild animals. These include zebras, elephants, wildebeests, buffaloes, hippos, giraffes, antelopes, dik-diks, gazelles, elands and kudus. Tanzania is also known for its predators, with Serengeti National Park one of the best places for spotting lions, cheetahs and leopards. There are also populations of hyenas and wild dogs and, in Gombe Stream and Mahale Mountains National Parks, bands of chimpanzees. See the Wildlife Guide for descriptions of some of these animals. In addition, Tanzania has over 60, 000 insect species, about 25 types of reptiles or amphibians, 100 species of snakes and numerous fish species.

Complementing this are over 1000 species of birds, including various types of kingfisher, hornbills (around Amani in the eastern Usambaras), bee-eaters (along the Rufiji and Wami Rivers), fish eagles (Lake Victoria) and flamingos (Lakes Manyara and Natron, among other places). There are also many birds that are unique to Tanzania, including the Udzungwa forest partridge, the Pemba green pigeon, the Usambara weaver and the Usambara eagle owl.