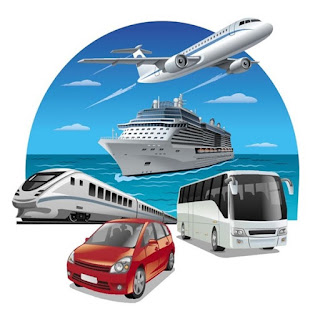 
Transportation
The Meaning of the Term Transportation
Define the term transportation
Transport or transportation is the movement of people, animals and goods from one location to another. Modes of transport include air, rail, road, water, cable, pipeline and space. The field can be divided into infrastructure, vehicles and operations. Transport is important because it enables trade between people, which is very essential for the development of civilizations.
Transport infrastructure consists of the fixed installations including roads, railways, airways, waterways, canals and pipelines and terminals such as airports, railway stations, bus stations, warehouses, trucking terminals, refuelling depots (including fuelling docks and fuel stations) and seaports. Terminals may be used both for interchange of passengers and cargo and for maintenance.
Vehicles travelling on these networks may include automobiles, bicycles, buses, trains, trucks, people, helicopters, watercraft, spacecraft and aircraft. Operations deal with the way the vehicles are operated, and the procedures set for this purpose including financing, legalities and policies. In the transport industry, operations and ownership of infrastructure can be either public or private, depending on the country and mode.
Passenger transport may be public, where operators provide scheduled services, or private. Freight transport has become focused on containerization, although bulk transport is used for large volumes of durable items. Transport plays an important part in economic growth and globalization, but most types cause air pollution and use large amounts of land. While it is heavily subsidized by governments, good planning of transport is essential to make traffic flow and restrain urban sprawl. 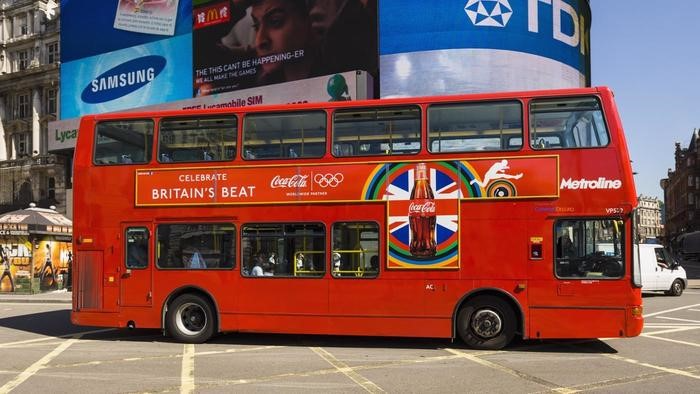 ESSENTIALS OR ELEMENTS OF TRANSPORT SYSTEM

IMPORTANCE OF TRANSPORTATION
FEATURES OF GOOD MEANS OF TRANSPORT
The Different Modes of Transport (Road Transport, Railway, Water, Air and Pipe-line)
Explain the different modes of transport (road transport, rail way, water, air and pipe-line)
MODE OF TRANSPORT: is a term used to distinguish substantially different ways to perform transport. The most dominant modes of transport are aviation, ship transport, and land transport, which includes rail, road and off-road transport. Other modes also exist, including pipelines, cable transport, and space transport. Human-powered transport and animal-powered transport are sometimes regarded as their own mode, but these normally also fall into the other categories. Each mode of transport has a fundamentally different technological solution, and some require a separate environment. Each mode has its own infrastructure, vehicles, and operations, and often has unique regulations. Each mode also has separate subsystems. A subsystem is a group of many parts that make up one part. All modes of transportation have 6 subsystems: Propulsion, Suspension, Control, Guidance, Structural, and Support. Transport using more than one mode is described as intermodal. Transportation that carries around many people and can be used by the public is known as Mass Transportation.
Generally there are three forms of transportation:
1. Land transport: also referred to as ground transport or ground transportation, is the transport or movement of people, animals, and goods from one location to another on land, usually by rail or road. Involves roads, railways, and pipeline.
The Advantages of Each of the Modes
Point out the advantages of each of the modes
Road transport: involve the use of vehicles, bicycles and motorcycles in moving of goods and passengers. The video below summarizes all about road transport.
Importance of road transport
Disadvantages:
In spite of various merits, road/motor has some serious limitations:
5. Lack of Organisation:
The road transport is comparatively less organised. More often, it is irregular and undependable. The rates charged for transportation are also unstable and unequal.

Railway transport: involve the carrying of goods and passengers by trains. Railways transport industries is owned by the Tanzania railway authority (TRA) which operate central area Tanga lines as well as TANZANIA ZAMBIA RAILWAY AUTHORLITY (TAZARA) which operate services from Dar es Salaam to tunduma-Tanzania then to Kampiliposhi-Zambia.
Advantages:
DEMERITS:

Air transport: This involves the movement of goods and passengers by aeroplanes.In Tanzania, the air transport industry is operated by both the public and private sectors which are Air Tanzania company Ltd (ATCL), Precision air and Fast jet. Click the video to see more about air transport.
MERITS:
In spite of many advantages, air transport has the following limitations:
Water transport: This involves the movement of goods and passengers by sea,canals,rivers, and lakes.
Advantages of water transport:
Disadvantages of water transport:
Containerization is a system of intermodal freight transport using intermodal containers (also called shipping containers and ISO containers) made of weathering steel. The containers have standardized dimensions. They can be loaded and unloaded, stacked, transported efficiently over long distances, and transferred from one mode of transport to another—container ships, rail transport flatcars, and semi-trailer trucks—without being opened. The handling system is completely mechanized so that all handling is done with cranes and special forklift trucks. All containers are numbered and tracked using computerized systems.
The system, developed after World War II, dramatically reduced transport costs, supported the post-war boom in international trade, and was a major element in globalization. Containerization did away with the manual sorting of most shipments and the need for warehousing. It displaced many thousands of dock workers who formerly handled break bulk cargo. Containerization also reduced congestion in ports, significantly shortened shipping time and reduced losses from damage and theft. 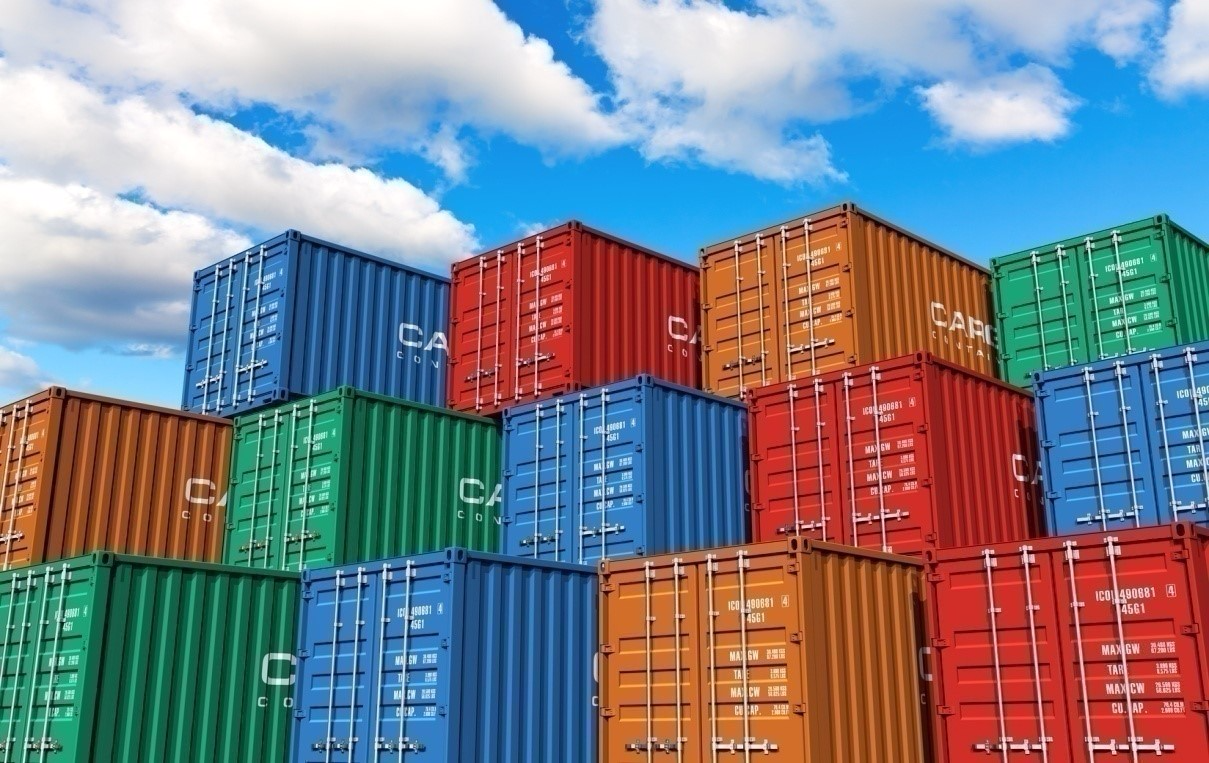 The Benefits of Containerization
The benefits of containerization take place over three main dimensions:
Difference between Various Transport Documents
Distinguish the various transport documents
The main documents used in Transportation.
Bill of lading: Is a detailed list of a shipment of goods inform of a receipt given by the carrier to the person consigning the goods.. 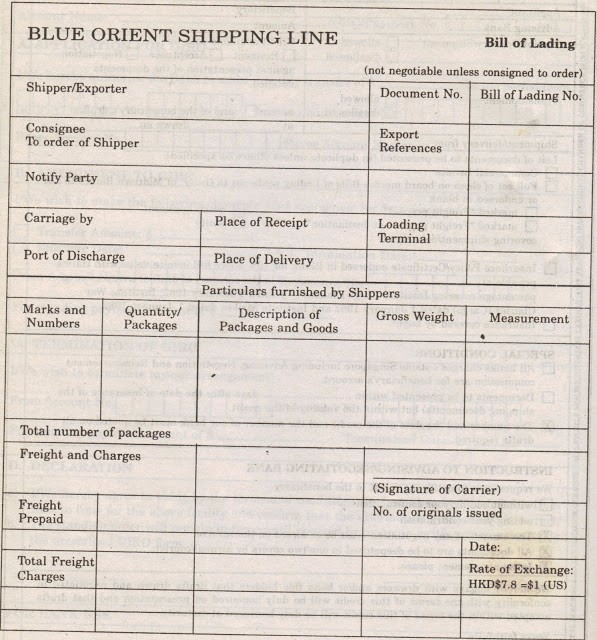 A bill of lading is used whenever goods are sent by ship. It is signed by the master of the ship or by an agent on behalf of the shipping company. The description of the goods should be consistent with the other documents such as the invoice, insurance policy, etc. Freight charges are to be calculated by the shipping company.
Consignment note / Delivery note; 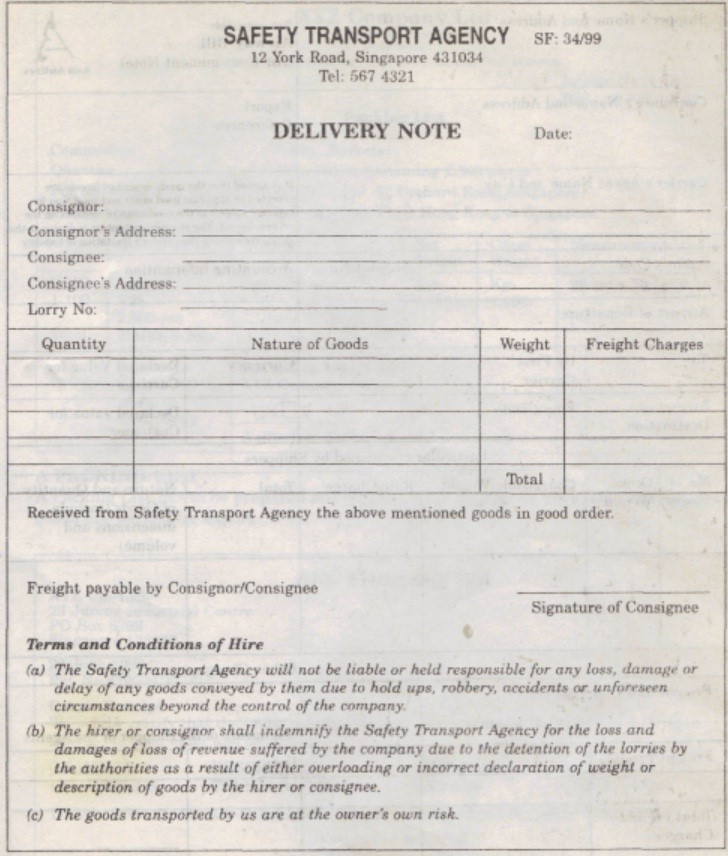 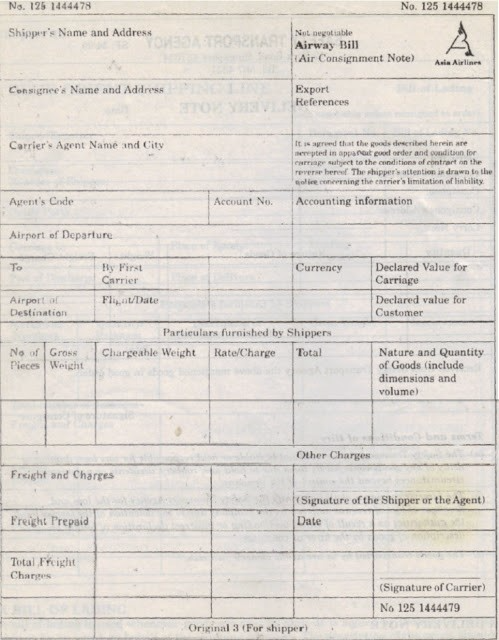 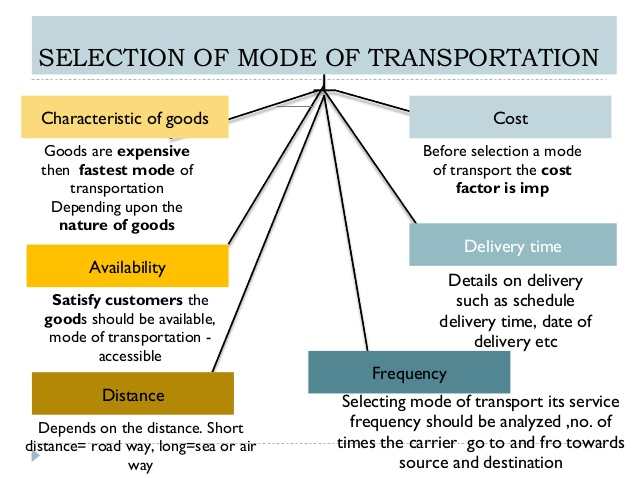 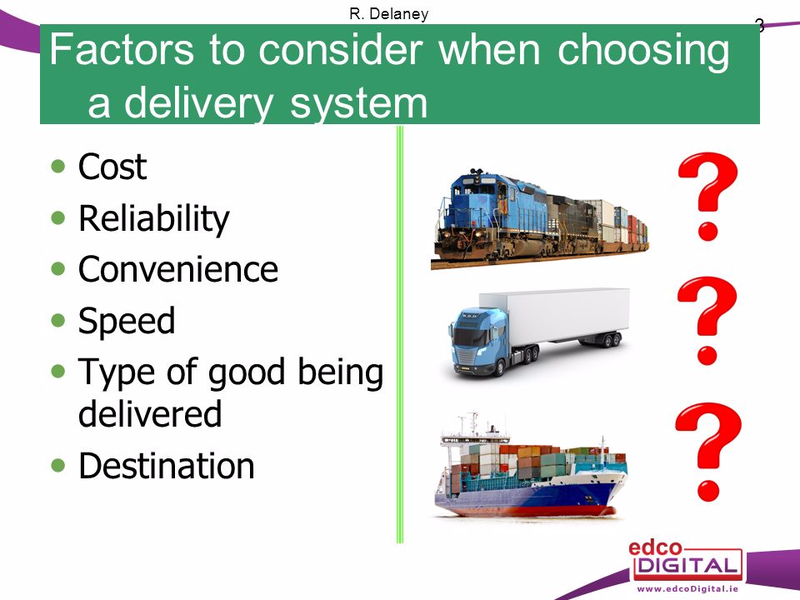