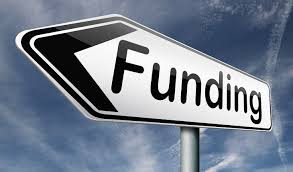 
Sources of Government Funds and Expenditure Estimates
Sources of Government Funds and Expenditure Estimates
Identify sources of government funds and Expenditure Estimates
Government revenue refer to the income generated by the government through various income sources inside and outside the particular government, As to any other person one will be eager to know where government earn money to finance its activity as well as expenditure of the government. The following are the source of revenue of various government including united republic of Tanzania (URT):-
Other sources are: revenue obtain from borrowing, grants, Divident etc
Distinguish between revenue and capital expenditure estimates
Difference between Revenue and Capital Expenditure Estimates
A capital expenditure is an amount spent to acquire or improve a long-term asset such as equipment or buildings. Usually the cost is recorded in an account classified as Property, Plant and Equipment. The cost (except for the cost of land) will then be charged to depreciation expense over the useful life of the asset.
Revenue expenditure is an amount that is expensed immediately—thereby being matched with revenues of the current accounting period. Routine repairs are revenue expenditures because they are charged directly to an account such as Repairs and Maintenance Expense. Even significant repairs that do not extend the life of the asset or do not improve the asset (the repairs merely return the asset back to its previous condition) are revenue expenditures.
Thus, the differences between these two types of expenditures are as follows: