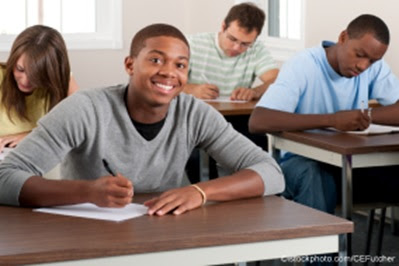 As the second-largest continent, both in population and land mass, Africa is one of the most diverse places in the world. Really, it’s huge – bigger than the United States, China, India, and most of Europe combined. But what's the most spoken language in Africa?

Because of its size, Africa and its 54 countries are incredibly diverse – linguists estimate that nearly 2,000 native languages are spoken in Africa, along with more global languages like English and French. And due to that diversity, many Africans are at least bilingual, if not trilingual.

Below are the top 10 Languages spoken in Africa:

Swahili, which is also known as Kiswahili in the native tongue, is a Bantu language spoken by some 150 million Africans in the African Great Lakes region in Central and Southern Africa.

It is the official language in Tanzania, Kenya, Uganda, Rwanda, Mozambique, Burundi, and the Democratic Republic of Congo. Swahili holds quite an appeal for many language learners owing to the wide number of people speaking this language and its rich history. Many critics fault the decision of the African Union not to include Swahili as a working language in the commission.

The presence of Arabic in the languages spoken in Africa may come as a surprise to many, being that it is a foreign language. Again, this shows the level of external influences on the continent. Arabic is spoken by more than 100 million Africans, making it one of the most spoken languages in the continent.

It is an official language in Egypt, Comoros, Djibouti, Chad, Algeria, Mauritania, Morocco, and Libya and is mostly concentrated in the North African region. Interestingly, although Arabic is regarded as one of the world’s most widely spoken languages, 62% of the total speakers of Arabic in the world are Africans.

French comes third on the list; this means there are more French speakers in Africa than in France. French is a European language that saw the light of Africa after the Colonization period. Not surprisingly, 26 African states form part of the top French-speaking countries on the continent.

In some areas, such as Abidjan, Ivory Coast, and Gabon, French is spoken in the highest percentage in Mauritius, Cote d’Ivoire, Senegal, Sao Tome e Principe, Seychelles, and Guinea. The fact that it has approximately 90 million speakers in Africa comes as no big surprise then.

Hausa, one of Nigeria’s official languages, and a member of the Chadic branch of Afro-Asiatic family of languages is spoken by more than 50 million Africans as their first language. Other than Nigeria, Hausa is spoken in Niger, Benin, Burkina Faso, Cameroon, Togo, Ghana, and Chad.

Hausa makes it to the list of most spoken languages in Africa due to its significance in trade, commerce and business across Nigeria and the West African region. Besides that, it is one of the few African languages that are taught in International Universities due to the huge amount of literature that it possesses.

Yoruba is one of the cardinal languages of Nigeria, accounting for over 30 million speakers in Benin, Nigeria, and Togo. Other populations speaking Yoruba as an everyday language are found in Ghana, Ivory Coast, Liberia, and Sierra Leone.

Oromo, a descendant of Cushitic language, is widely spoken across Africa by 30 million people/ Spoken mainly in the Horn of Africa, Ethiopia, Kenya, Somalia, and Egypt, Oromo has significant speakers to its name.

The people of Oromo account for more than 40% of the Ethiopian population and are the largest ethnic group in the country.

A native language of the Igbo people and one of Nigeria’s official language, Igbo is spoken by over 24 million people, with the greater portion of speakers residing in Cameroon and Equatorial Guinea.

Igbo has more than 20 dialects and descends from the Volta-Niger branch of the Niger-Congo family of language, with the Igbo people being the largest ethnic group in Africa.

The fifth most widely spoken language in Africa (25 million native and 3 million emigrants), Amharic is the second-largest Semitic dialect on the continent after Arabic and mainly spoken in Ethiopia.

Being a native language, Amharic is one of the very few languages having its alphabet, while most others use Arabic or Latin letters. Perhaps this is the reason that it is host to a growing body of Ethiopian literature such as poetry, novels, and journals.

IsiZulu, also known as Zulu, is one of South Africa’s official languages. Branching out from the Bantu/Nguni family of languages, Zulu has more than 10 million speakers and is the second most widely spoken Bantu language (after Shona).

Zulu is written using the Latin alphabet and is influenced by the Khoisan language which accounts for the unique “clicking” sounds within the dialect.

As evident from the wide list of languages mentioned above, Africa is a mixture of many languages fused into it, with each language apart and distinct from the other. The growing influx of migrants, changing political situation, and effervescent law and order situation in Africa has not been able to influence the number of most spoken languages in Africa. To date, this region remains one of the largest continents of the world with a wide number of languages to boast of—which will, undoubtedly, continue to retain themselves in the future.