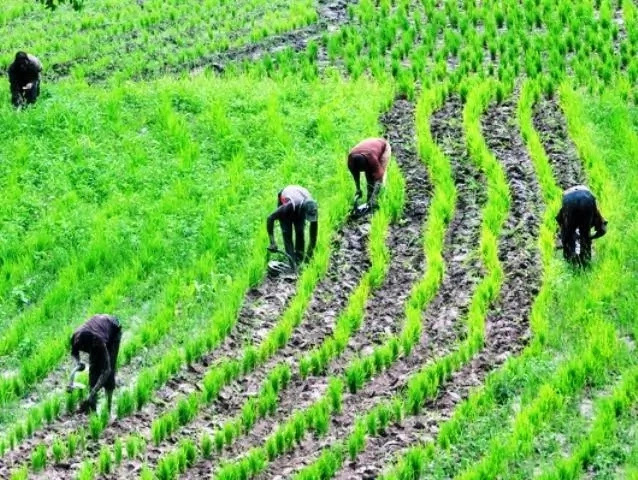 The European powers were motivated by a number of factors to acquire colonies in Africa and other parts of the World during the 19th century. These factors managed from nationalism, the need for cheap industrial raw materials, and the need for markets for their manufactured goods as well as cheap laborers.

Hand in hand with the establishment of various administrative institutions and structures for the administration of colonies, the colonial powers also setup a colonial economy to facilitate the exploitation of the natural resources of their colonies.

Colonial economy refers to the economic systems of goods and services established during the colonial era. It comprised activities such as trade, manufacturing, agriculture, mining, transportation and communication as well as the establishment of financial institutions.

The colonialists introduced these kinds of economies in order to fulfill their economic demands such as raw materials, cheap labor, areas for investments and areas for settlement.

1. It was export-import oriented colonial economy specialized in production of raw materials for the metropolitan industries and importation of manufactured goods in the colonies.

2. It was based on the exploitation of African resources such as man power minerals and so on.

3. It was based on monoculture system of production.

4. They specialized in the production of major commodities such as Mauritius - sugarcane and Ghana - cocoa.

5. It involved the building of physical infrastructure such as roads, harbours and railways for easy transportation of raw materials.

6. It was characterized by Domination of European. African role of middlemen was suppressed instead of that European established their trade companies.

7. Colonial production was based on coercion. The colonialists used Africa as a dump place for their manufactured commodities such as clothes, wine, sweets and beards. Introduction of money economy. Establishment of processing industries such as cashewnut pupling industries.

1. Colonies were expected to provide raw materials, both agricultural products and minerals, to the factories of the European countries. Examples of the agricultural raw materials includes cotton, coffee, sisal, pyre thrum, tea, cocoa and palm oil.

2. Colonies were expected to import manufactured goods like clothes, shoes, blankets and utensils from Europe.

3. The Colonized people were expected to provide cheap labour for the benefit of colonial masters.

4. Colonies were also expected to be self- supporting. This means that the colonized people were expected to raise revenues that cool support administrative costs of colony.

These were three methods used to establish economy which were:

1. PRESERVATION
Under preservation the colonial economy preserved the followings:-
a) Labour unit. eg The use of family labour
b) Tradition system of production e.g shifting cultivation mixed farming and inter cropping. This was done mainly in the peasant economy.

The colonialists instilled retaining some elements of pre-colonial economy to support production of raw materials which were needed by European example of things which preserved were Traditional tools in peasant agriculture and families remained as the basic unit of production and precolonial relation production feudal societies were reserved.

1. Presence of resistance from the masses. In some areas in Africa which were centralized were strongly resisted new colonial economies systems e.g. disagree to pay taxes, land alienation etc.

2. Ignorance and absence of reactions of people. Colonialists preserved some traditional African economic systems because in some areas Africans were ignorant with a new economic system and were not ready to apply them.

3. Reluctant/ conservativeness of the people. Some areas Africans were not ready for the changes hence colonialists preserved their traditional economic systems.

4. Absence of enough land. In some areas land alienation was impossible hence colonialists left the Africans to maintain their traditional economic systems under colonialist supervision.

6. Awareness of cash crops production. In some areas In Africa including Buganda they had knowledge of practices cash crops even before colonial rule hence colonialists preserved them.

These are small scale agriculture productions where by a farmer produces both food crops and cashcrops. Colonialists introduced peasant agriculture during colonial rule for the following aims/reasons;
a) Earning cash by selling cash crops.
b) Production and producing food crops for their survival during colonial rule.
c) To ensure that peasants [small scale farmers] are producing for capitalists.


How Peasant Economy was Introduced in Africa

Introduction of peasant, cash crop farming in Africa was difficult because of the following reasons:
1. African traditional was only producing food crops for direct consumption.
2. Ignorance. Many Africans were ignorant [not aware] on cash crop production.
3. Readiness of the people. Many people were not ready to produce cash crops.
4. Poor technology. Most of the peasants were using poor technology in the farming i.e. hand hoes, axes, panga etc.

Due to the above difficulties colonialists applied the following things in order to introduce peasant cash crops production;

3. The chiefs and African head men received orders from colonialists to force their fellow Africans to grow cash crops.

5. Establishment of large farms in villages which grow cash crops where by people were forced to work there.

7. Encouraged the use of poor (crude) technologies in production i.e. the use of hand hoes, panga, axes etc.

1. Family was the unit of production. Peasant economy was characterized by the members of the family to be sources of labour in production.

2. Peasant based on a small unit of land. Peasant was characterized by practice of agriculture on a small piece of land which was populated.

3. Peasant based on inter-cropping. Peasant practiced more than one type of crop in a single area for food and cash crops.

4. Peasant used poor technology. The use of poor technology in production such as hand hoes, axes and pangas were much applied in the peasant economy.

The colonial government was afraid of the centralized kingdoms that proved to be tough against the establishment of settlers’ agriculture. Some areas were tough and unfit for white settlement i.e. Uganda equatorial region had high temperatures that discouraged white settlements. Certain crops i.e. [cotton and coffee in Uganda] needed great care and could not be mixed easily with other systems of agriculture. Centralized and strong kingdoms in Uganda proved efficiency and capability to organize and supervise agricultural activities in their areas. These traditional chiefs were paid lowly for supervising that activity. Taxation was imposed on the people so that they could cultivated cash crops.

Uganda was among of the first colonies which peasant economy was introduced by colonialists. The reasons behind for people of Uganda to be preserved to continue to practice small scale agriculture it was because Uganda was a centralized state having good traditional and systems under feudal relations before colonial rule. Due to that Britain did not want to disturb that system so as to avoid resistance. Therefore they left the people of Uganda to continue growing food crops alongside cash crops under British supervision.

Factors / Reasons Why Peasant Agriculture Economy was Introduced in Uganda and Not other Areas.

1. Dense population. It was difficult for the British to alienate and get huge land from the natives.

2. Problem or shortage of labor supply. Labour supply in Uganda was a problem since traditionally family was a basic unit of production hence colonialists introduced peasants.

4. The nature of crops. Peasant economy was introduced in Uganda because the types of crops such as coffee which were grown in Uganda needed great care and great supervision.

8. Peasant economy was cheap and easy to control.
9. The infrastructure and the territorial problems in some areas of Uganda and Tanganyika.

Therefore the factors/reasons above were the factors behind the introduction of peasant economy not only in Uganda but also in north Nigeria and Tanganyika (in Kilimanjaro, Bukoba, Mbeya).

This involved production by foreigners. These foreigners usual presented the interests of the metropolis (i.e. their main interest were mining and agriculture in the colonized countries). The promotion of agricultural production was to go hand in hand With settlements in Africa, especially in those areas that were fertile. Settlers settled in big numbers in central Africa (Malaysia Zambia, Zimbabwe), South Africa, parts of French equatorial Africa, French West Africa, and in East Africa (Kenya).

1. Land alienation with differently issue land ordinaries, in 1900 the land occupation ordinance was enacted in Zambia. The ordinance required that Europeans who had been allocated land must occupy and use that land or otherwise they would pay taxes for leaving such land redundant. In Kenya in 1597, the land regulation office set a si.. vacant land for European settlements, in 1902, the native Land ordinance allowed the commissioner to sell or give crown land to the Europeans, and in 19. large scale land alienation in Kikuyu began.

3. Forced labour was required to reduce costs that were necessary in public services. In Zimbabwe in 1897, the Nature regulation Act was passed, forcing African chiefs to produced labourers at law coast.

4. Taxation: the hut tax was introduced in Malawi in early 1890 in Zimbabwe in 1898, and in Zambia in 1900. In Kenya the Hut Tax was introduced in 1980, and poll tax in 1910. The intention of the tax was to cover administrative expansion ways by which Africans would be forced to work in European farms in order to raise money to pay their taxes.

5.  Migrant labourers were transported from faraway places to work in settler plantations.

6.  The development of infrastructures to serve the settlers.


Why Settler Agriculture Dominated in Kenya than in Uganda or Tanganyika?

2. Kenya was made a 'crown land' means for Europeans settlements as results Africans were no right to own land.

4. Africans were prohibited to grow cash crops. This also made British settlers to attracted in Kenya as there were competition from Africans.

5. Construction of Buganda railway which facilitated the transportation of raw materials from interior to Mombasa.

Why Plantation Agriculture was Established in Tanganyika

1. Due to change of colonial masters. In the beginning Tanganyika was under Germany but after the 1st World war Tanganyika became under the British.

2. The interests of the British colonial governors in Tanganyika. For example sir Byatt 1919-1924 from Somali and Donald Cameroon from Nigeria; these were committed to peasant or plantation agriculture rather than settler economy.

3. Tanganyika had a large areas where settler agriculture was not suitable to manage it but; they settled only on highlands around Kilimanjaro, Usambara and South Western highlands of Iringa and Tukuyu.

5. There was no good and efficient transport and communication; it was not very much provided in this particular sphere of influence.

Mining was another area of colonial economic activity; among of their demands was obtaining minerals in Africans such as Gold. Examples of areas where mining economy was taking place were;