CIVICS: FORM ONE: Topic 1 - OUR NATION 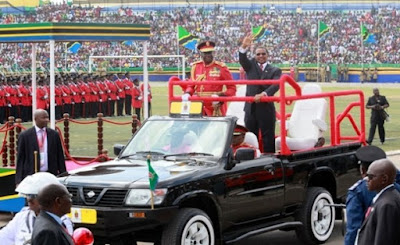 A Nation can be defined as a large group or community of people living in a defined geographical area language under one government. Examples of nations include Tanzania, Japan, Zimbabwe, India and USA nations as a sovereign state andshould be free to decide and implement its own policies. It should no the control of another nation.

THE COMPONENTS OF OUR NATION

For any nation to be recognized as a nation it must have the following components: Sovereignty, People, culture, boundaries and government

Sovereignty. The word “Sovereignty” comes from the Latin word “superanus”, which means “supreme”. Therefore, by a nation to control all individuals and associations within its territory.
Sovereignty can also be defined as the highest power which belongs to the people. National sovereign implement its decisions without being interfered with by any external forces from other nations. And social matters independently.

1. National sovereignty is important because it maintains good relations with other nations throu matters concerning other nations.

2. It helps maintain peace and security of a nation through execution of national laws, rules and with other nations.

4. Citizens are free from being dominated by other nations

1. Poverty. This is the inability to afford basic needs like food, shelter and clothing which is the m whereby most are economically poor. This results in African countries depending on developed which create conditions that violate the sovereignty of some African countries.

2. Civil wars. The fighting between ethnic groups within the same nation can affect the freedom to maintain peace and security within the nation, United Nations will intervene to protect human r

3. Natural hazards. Disasters such as floods, earthquakes and volcanic erruptions undermine the hinders national sovereignty since the government cannot depend on its own capabilities and nthrough aid.

Population is the number of people living in a particular defined area. According to the 2010 populati people. More than 80% of Tanzania's population lives in rural areas. Tanzania mainland has over 125 and the largest population group is Bantu who occupy approximately two-thirds of the country and a where we can find leaders, citizens and the army which protects the country and builds up a strong nation.

Natural boundaries of Tanzania include the Indian Ocean to the East, Mount Kilimanjaro to the North, Ruvuma River to the South, Lake Nyasa to the south west, and Lake Victoria to the North and Lake Tanganyika to the West.

Tanzania is bordered by eight nations, namely:
Kenya and Uganda to the North,
Rwanda, Burundi and Democratic Republic of Congo to the West,
Mozambique to the South, Malawi and Zambia to the South West.
The Indian Ocean borders Tanzanian’s Eastern side.
The islands of Zanzibar and Pemba lie along the coast of Tanzania Mainland.

The government is an administrative organ of the state. It consists of elected and selected groups of people who are responsible for controlling and maintaining the laws and orders of acountry. The state has three organs which assist each other in fulflling its functions. These organs are:

b) Judiciary. Thisorgan functions to interpret the laws and make rulings over disputes
in the state.

c) Legislature is the law making body of the state. It is the state organ whose members are elected to represent different constituencies. Some of them are appointed. Legislature is also called parliament and is comprised of the President and the National Assembly. The President is part of the parliament but not a member of the parliament. This is because the president does not participate in parliamentary discussions but participates in the process of making laws by signing the bills to
become laws.

5. CULTURE
Refers to the customs and beliefs of a particular group of people. It also includes the people`s way of life and social organization.

What is a National Symbol?

a) A symbol is a sign that represents something.

b) National Symbols are signs, which represent a nation. These symbols are very important as they serve as a reminder of our nationhood to us and to the rest of the world; they promote our culture and remind us about events that have taken place in our nation. Tanzania has several symbols; these include tangible things like money, flags and the coat of arms, as well as intangible things like the national anthem and language.

The Significance of each National Symbol

The main function of the national Flag is to show that Tanzania is a completely independent and sovereign nation. Our Flag has four colors; Green, Yellow, Black and Blue.


Compositions of the Coat of Arms

The coat of arms comprises of the following things:
1. Two human figures – The man and the woman represent the people of Tanzania. The two figures also symbolize the need for cooperation between men and women in order to bring about development.

2. Two elephant tusks – These represent our national heritage in terms of wildlife. Tanzania has beautiful national parks and game reserves in which different animals and plants are found in their natural habitats.

3. Shield and spears – They represent weapons that were used by Tanzanians to resist colonialism. These weapons represent the readiness of the people to defend their independence

4. Golden band on the upper part of the shield - This represent the mineral wealth of the country

7. Red band on the shield- this represent the fertile red soil found in our country
8. Crossed Axe and hoe – These represent the tools which Tanzanians use to develop their country.

9. Sea waves – These represent water bodies found in Tanzania. Approximately 62,000Km square of Tanzanian`s total area is made up of water bodies. This includes the Indian Ocean, rivers, lakes and swamps.

10. Peak of mount Kilimanjaro- This is the highest mount in Tanzania and Africa in general which represents attractive geomorphological features.

12. The wards “Uhuru na Umoja” which means freedom and unity express the
belief that, Tanzanian`s strength depends on people`s solidarity.

Importance of the Coat of Arms
a. It is used as the symbol of the authority and official government seal.
b. It symbolizes our national culture and history.
c. It symbolizes state power.

This is the official song which reflects people`s national feelings, desire, glory and pride in their nationality. The Tanzanian national anthem is sung during important national occasions such as when a special announcement is made by the president, when foreign heads of states visit our country. When the president or the vice president and the prime minister visit another country officially, and when our national teams are playing against teams of other countries, before and after the president addresses the nation, and when the national flag is hoisted.


Importance of the National Anthem
1. It is a symbol of our nationality , freedom and it unifies Tanzanians
2. It makes citizens feel proud of their country
3. National anthem expresses a sense of belonging to Tanzania and Africa
4. It identifies Tanzania outside the country.

This is the torch of freedom which also known as independence touch introduced by the first president of Tanzania Mwl. J.K.Nyerere as a symbol of freedom, unity, love, dignity, solidarity and hope among Tanzanians. It was first lit on top of Mount Kilimanjaro at midnight on 9th December 1961. This was the day Tanganyika got independence from Britain.

Is the system of money that a country uses. Our national currency is the Tanzanian shilling. Currency is also called money. Money is used for measuring value, trading and paying for goods and services in a country. Tanzania money is the form of notes and coins.


Importance of National Currency
a. It acts as a medium of exchange in trade transactions that is selling and buying of goods and services in the country
b. It is used to measure value and identify the nationality and freedom of a nation
c. It is the means of settling debts.

This is the language spoken by all the people within a country. The national language of Tanzania is Kiswahili.

Importance of the National Language
a. The national language acts as the media of communication within a county.
b. It symbolizes the culture of the nation concerned which is Tanzania
c. It unifies people with a common history.
d. It also identifies the country internationally

A national constitution is the system of laws and principles by which the nation is governed by. A constitution provides guidelines which society must follow. Our country Tanzania is ruled according to the constitution that was enacted 1977. Since that time year, it has been undergoing some amendments to suit the contemporary needs.


Importance of the National Constitution

1. The government rules by the will of the people through the constitution
2. The constitution is the basic law from which all other laws are created.

3. Under constitution there is separation of power between the executive, the legislature and the judiciary.

4. The constitution provides for elections through which the people elect their representatives in the government

5. The constitution gives people the freedom to enjoy their right.

6. The constitution provides individuals with the mechanism to claim their rights before the courts of law.

The cover of the constitution of Tanzania 1977

National festivals are special public days created by the state which exempt people from doing any government or official work and therefore people are expected to rest. In Tanzania these days are called Public holidays.

1. Religious Public Days
These days are marked by special religious events or festivals according to the beliefs and faith of particular group of people. In Tanzania there are two dominant religious, namely Christianity and Islamic. The public holidays associated with these religious are;
1. Christmas day - falls on 25th December each year
2. Easter holiday – depends on Christian calendar
3. Eid-el-Fitri and Eid –el-Haj – Depend on Islamic calendar and sighting of the moon
4. Boxing day – Falls on 26th December each year


3. Universal Public Days
These are special days for the rest and celebration for all people in the world. These universal holidays are;
1. New Year – falls on 1st January each year
2. Workers day/ labour day – falls on 1st May each year

1. These days mark important events in our country

2. The celebration keep the history alive since Tanzania are reminded of what has taken place in their country

3. During these events leaders pass important information to the public

4. Public celebration provides an opportunity for citizens to meet and share views, experience and knowledge.

5. Celebrating together enhance the unity of Tanzanians.

7. These events helps the leaders to identify problems in the society as citizens
highlight their problems through speeches, posters, drama or songs. 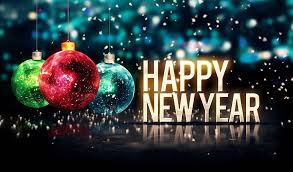