Study carefully the photograph provided carefully, then answer the questions that follow: 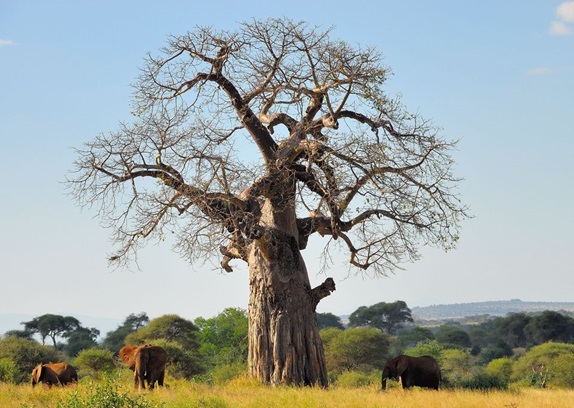 a) Name the of photograph
Ground or Horizontal Photograph because of the following reasons:
- It shows only the side view of the objects
- The foreground look larger than the middle and background
- The horizon is easily seen at the backward of the photographic area
b) Describe the possible climate of the area
Semi - Arid Climate due to the following reasons:
- The baobab trees are commonly found in semi
- arid region since they are very resistance to drought condition
- The presence of bush land and thicket vegetation support the climate