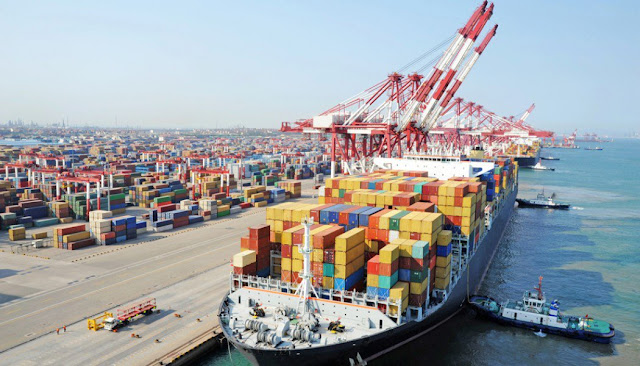 
Import Trade
The Meaning of Importance of Import Trade
Explain the meaning and importance of import trade
Import trade is the trade that involves buying goods from abroad. Examples of goods in Tanzania they are bought from abroad are cars, petrol and computer.
There are basically five main reasons for which a country may decide to import a certain good or service:
IMPORTANCE OF IMPORT TRADE
The Main Organizations Involved in Import Trade in (Tanzania)
Identify the main organizations involved in import trade in (Tanzania)
Import procedures
Introduction
Import means goods and services brought to Tanzania from a foreign country. Importprocedures have to be followed in order to clear goods from Customs control as per the East Africa Community Customs Management Act (EACCMA) 2004.
Imports to Tanzania are subjected to different stages whereby the importer is advised to make declaration through his appointed Clearing and Forwarding Agent by lodging documents at least seven days before arrival of the vessel.
Importation procedures to Tanzania
Import documents include:
Note
TRA rejects illegible and incomplete with insufficient descriptions through Integrated Query System (IQS) which is available in TANCIS. Pre – Arrival Declaration Procedure
What is Pre – Arrival Declaration?
Pre – Arrival Declaration (PAD) is the system used by Customs and Excise department to process importation documents during clearance of goods. However the initial process starts with the importer through his/her appointed Clearing and Forwarding Agent. (CFA)
Note: The following regimes do not undergo Pre – Arrival Declaration Process
The importer hands over the importation documents either manually or electronically to the CFA who uploads them in the PAD system and lodges the same to TRA; whereby a reference number is automatically generated; these include:
Note: Legible copies of Pro-forma invoices are acceptable for verification and registration purposes only but not for issuance of any clearance report (P-PAD, A-PAD etc.)
Note: Current other stations exclude Dar es salaam and Tunduma
TRA will verify the submitted PAD application for completeness, legality and confirm acceptance by registering the number generated upon lodgment by the agent. An automatic email notification is sent to the CFA.
Note: GREEN color signifies direct release while YELLOW documentary check/SCANNER and RED physical examination or scanner.
Note: For TANCIS users (Currently Dar es salaam and Tunduma)
How long does this process take before getting my goods?
Difference between Two Types of Imports Direct and Indirect
Differentiate, the two types of imports direct and indirect
TYPES OF IMPORT TRADE
The Import Procedure and Formalities with Special emphasis on: Documentation; Terms of Payment; Terms of delivery
Explain the import procedure and formalities with special emphasis on: Documentation; term of payment; Terms of delivery
Some of the most important documents used in import trade are as follows: (i) Indent (ii) Bill of Lading (iii) Bill of Entry (iv) Letter of Credit (v) Bill of Sight (vi) Dock Challan (vii) Dock Warrant.
There are many documents used in import trade which have already been discussed in the Import Procedure.
To name a few, the most important documents used in import trade are:
Financial Documents
Government Documents
RULES FOR SEA AND INLAND WATERWAY TRANSPORT
‘The seller also contracts for insurance cover against the buyer’s risk of loss of or damage to the goods during the carriage. The buyer should note that under CIF the seller is required to obtain insurance only on minimum cover. Should the buyer wish to have more insurance protection, it will need either to agree as much expressly with the seller or to make its own extra insurance arrangements.
INTERMEDIARIES IN IMPORT TRADE
Role of Clearing Agents
A clearing agency assume the following duties: