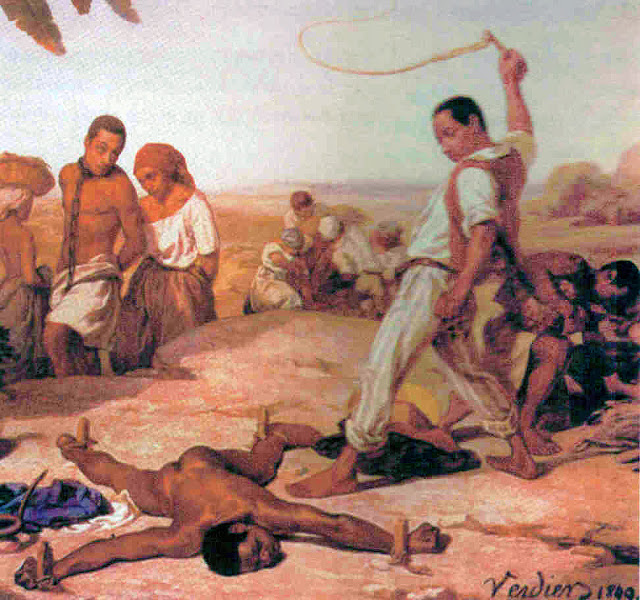 Colonialism is the practice by which a powerful country directly controls less powerful countries and uses their resources to increase its own power and wealth.

From about 1880 European attitude to colonies in Africa changed remarkably and as a result within a space of 20 years nearly the whole of African continent was under European rule.

By 1870’s witnessed the rise of monopoly capitalism which involved with cut-throat competition among the imperialist European nations. European factories were producing  a lot of cheap goods that were running  out of people to sell them to. With there home market saturated European manufacturers and merchants turned more to Africa. Cloth, clothing, alcohol, guns and metal manufactured goods were poured in market in search for new market. Because of stiff competition, free trade was abolished and protectionism was adopted. Britain’s major trading rivals, France and later Germany realized that the only to beat British competition was to establish colonies or protected areas in Africa. Where other European nations will not be allowed to trade or heavily taxed.

After the Berlin Conference of 1884/1885, the Europeans conquered the African continent officially, the colonial State was implanted as a devised mechanism for imperialist occupation and exploitation. Being foreign, undesired and repressive, the colonial state was imposed and upheld by coercion — from the start to the end, it worked with instruments of coercion; army, police, courts and prisons. 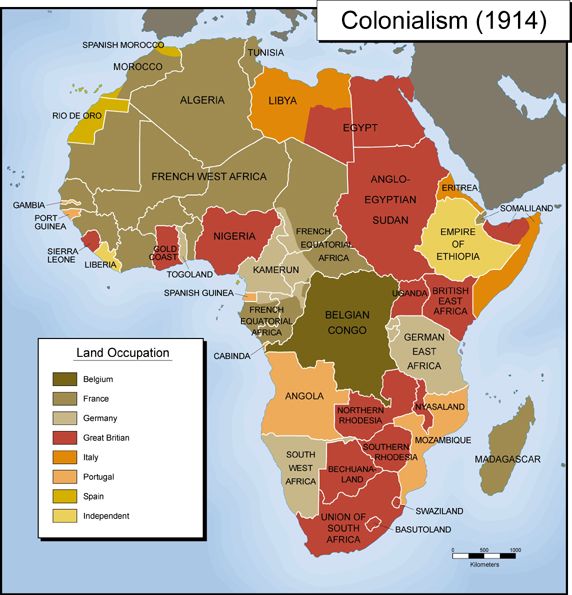 THE SCRAMBLE FOR AND PARTITION OF AFRICA

The scramble for Africa refers to the way European powers struggled among themselves to acquire colonies in Africa while the partition of Africa refers to the different steps taken by the European powers to divide Africa into territories and fixing colonial boundaries. The major European powers that were involved in this exercise were Britain, Germany, France, Portugal and Belgium. By 1880’s it was only Africa which was not colonized therefore it became the centre of imperialist attention which was driven by the development of capitalism.

2. Strategic factors.
This is one of the factors that determined the pattern of the scramble and the partition of Africa. Britain controlled Egypt because of the Suez Canal which was used to transport raw materials and manufactured goods into and outside Africa.
Britain also controlled Uganda because it wanted to protect the source of river Nile which is found in Uganda.

3. Agricultural potentialities.
The imperial powers struggled for areas that had fertile soils that could support the growth of cash crops. Various powers struggled for the Congo and Niger rivers because the areas around the rivers were very fertile and therefore suitable for cash crop production.

4. Mineral potentialities.
The imperials powers struggled for areas that had minerals in large quantities. Colonies such as Zimbabwe was very vital because it had large amounts of gold and diamond. Many imperialist powers were also interested in the Congo (DRC) because of the existence of large quantities of copper.

5. Population
Population was one of the major factors that determined the nature of the scramble and partition of Africa. The colonial powers struggled for those areas with high population because they ensured constant supply of cheap labor and ready markets for the European manufactured goods. 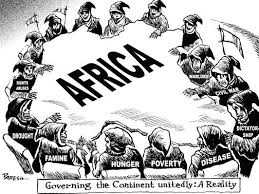 ESTABLISHMENT OF COLONIAL RULE OF AFRICA

The partition of Africa marked the end of Africa’s political independence and the beginning of subjection to foreign rule. In the event of establishing colonial rule, the European powers used different methods depending on nature and attitude of the nature population. Sometimes the methods depended on the prevailing circumstances on the ground such as geographical location of the colony.

The Tactics that were Used to Establish Colonial Rule include the following:
- Treaty signing
- Use of military force
- Alliances
- Gun butt diplomacy
- Mercenary technique
- Berlin conference

1. Treaty signing.
This was one of the most common techniques that were used to establish colonial rule in Africa. The European powers urged African leaders to sign treaties with the European claiming to give protection against their local and foreign enemies. Karl Peters signed treaties African chiefs in Tanganyika which put Tanganyika under German control. Moffat an Anglican Missionary encouraged Lobengula.

2. Use of Military force.
Sometimes direct military confrontation was used to establish colonial rule in Africa. The military was used in areas that resisted the establishment of colonial rule. The British used military force against the Nandi in Kenya and the Germans used force against the Hehe and Abushiri in Tanganyika. The colonial powers used force because they were determined to establish their rule in Africa so as to exploit African resources.

3. Alliances.
This method was used in areas were two societies were in conflict, that is situation of enmity. The colonial powers allied with one society against the other one and then controlled all of them together. In Tanganyika the German sided with Sango and Bena against Hehe and in central Africa, the British allied with chief Lewanika of lozi Kingdom against lobengula of the Ndebele people in Zimbabwe. This led to the defect of Lobengula and the final colonization of Zimbabwe by the British

4. Gun butt diplomacy.
This was the tactique where the colonial powers had threatened to use force but they did not actually use force. This method aimed at forcing African into submission. This method was used by British against King Jaja of Opobo in West Africa.

5. Mercenary Technique.
In this policy, colonial powers used Africans to establish their rule in Africa. Here they used people who had no blood ties with the people who are being invaded for example the Germans used the Rugaruga in Tanganyika.

6. Berlin Conference.
This was one of the methods used to establish colonial rule in Africa. This conference legalized the scramble for and partition of Africa. It laid down the principles that were to be followed when controlling Africa. One of the principles was effective occupation of African territories.

Objectives of the colonial state

1. The colonial state was supposed to provide a link between the colonies and the metropolitan state. It had to ensure that the demands of the capitalists are satisfied such as the acquisition of raw materials and markets.

2. The colonial state was supposed to enforce laws and orders in the colony. These laws were supposed to ensure that the interests of the capitalists are protected.Laws concerning land alienation and taxation were meant to ensure the exploitation of African resources. 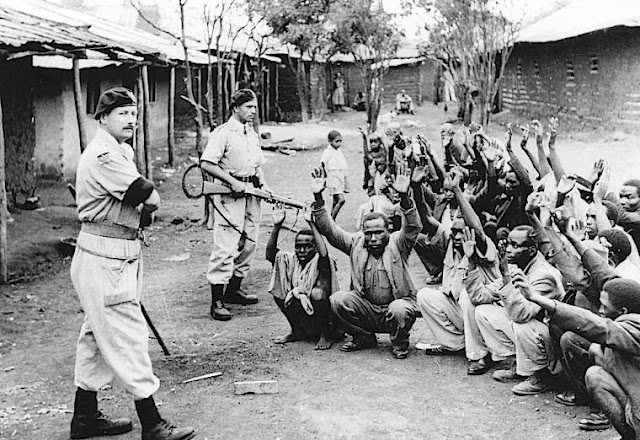 Significance of Agriculture in the Colonial Economy

Significance of agriculture in colonial economy within African colonies may be seen from the advantages which colonialists got after the establishment of agriculture and to less extent Africans also benefited.

1. Agriculture led colonialists to get raw materials such as (cotton, tea, sisal, Pyrethrum, cocoa.etc)that were needed in their capitalists industries for more development.

2. Expansion of market for European manufactured goods such as Agricultural tools.

4. Facilitated exploitation of African resources for the benefit of European capitalist, resources being both human and natural resources.

5.Agriculture boosted the development of industries in Europe because industries operated nicely because of enough availability of raw materials.

6. Agriculture led to the construction of social services infrastructure like schools which prepared African elites such Mwl. Julius Kambarage Nyerere, Jomo Kenyatta and hospitals.Other physical infrastructures like roads and railways were contracted for transporting raw material from productive areas to the coast to full fill the interests of capitalists.

How the Colonial State was Violent

a) Introduction of taxes.
The colonial state introduced taxes such as the pole and hut taxes as ways of getting revenue to run the colonies. The collection of these taxes was done in a very brutal manner. Those Africans who failed to pay taxes were usually flogged and some were even killed, these actions show the violent nature of the colonial state.

b) Acquisition of cheap labour.
The colonial state used violent means to acquire labour. It introduced various labor laws in Africa to ensure constant supply of labor on economic enterprises; these labor laws include the Kipande system in Kenya and the pass laws in South Africa and Zimbabwe. When the Africans failed to provide labor, punishment was meted out.

4. Destruction of African traditional industries.
The colonial state destroyed African traditional industries to ensure that Africa remains a producer of raw materials and a market for European manufactured goods. The destruction of these industries involved the use of force. E.g. in Belgian Congo the colonial state decided it was illegal for Africans to engage in handcraft industries, those who are caught will have their hands chopped off.

5. Distribution of colonial social services.
The distribution of colonial social services such as education and health involved the use of violence (psychological). These services were made available only in those areas where the production of raw materials took place. E.g. in Tanganyika there was mainly offered in Arusha , Morogoro etc. Those areas that had nothing to offer to the colonialists were danced education.

NOTE:
Given the above scenario; one rightly assets that the colonial state was the most violent or ruthless because it used the element of force to satisfy the interests of the capitalists in the metropolitan countries.

1. Dense population made it difficult for and alienation to be practiced. Settler and plantation agriculture was impossible to develop, thus peasant agriculture was reinforced.

2. Centralized and strong kingdoms were preferred for indirect rule and a peasants economy rather than settle and plantation system were introduced. These kingdoms proved to be on the establishment of settler agriculture. In this regard, peasant agriculture was introduced. The notable examples are Buganda and Northern Nigeria.

4. Territorial and nationality problems. Before 1919, Tanganyika was ruled by Germans, but after the First World War, it was ruled by the British. Disagreements appeared regarding various issues of administration and the creation of a settler colony. Thus peasant agriculture dominated in many parts of Tanganyika.

5. There was always a labour supply problem when the economy favored. only one crop.

6. Nature of the crops. Certain crops such as cotton, coffee and cocoa needed great care and could not be mixed easily with other systems of agriculture.

7. Climate condition. Some area were thought to be unfit for the European settlement as far as climate condition was concerned. The notable examples are Nigeria and Uganda. In these areas, peasant agriculture was encouraged.

8. In case for mandate territories after the world War II, colonies would be granted independence. Therefore, no settle could be invited because they were preparing for majority rule. The notable examples are Tanganyika and Cameroon.