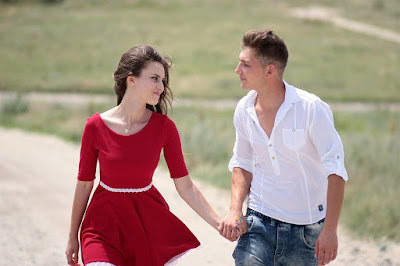 The Concept of Gender

There are various concepts which are used in relation to the concept of gender. It is important to know how they interrelate or differ in the whole process of dealing with gender issues. These concepts are:

1. GENDER EQUALITY
Gender equality is the exercise of fairness and justice to all sexes without discrimination or considering whether one is born male or female. It is based on the belief that all people are equal and should therefore have equal access to opportunities and resources. It is practiced in giving equal rights, responsibilities and opportunities to women and men.

2. GENDER EQUITY
Gender equity is based on the principle that measures should be taken to bridge the inequality between men and women. It is about giving priority to women in order to reduce the imbalance that already exists. 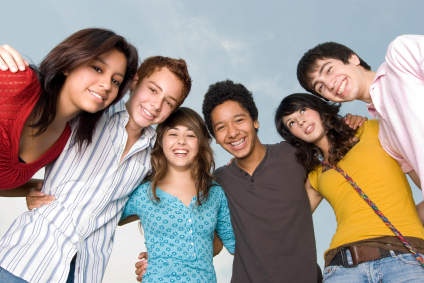 a) Reproductive Roles are the activities that include child-bearing and other domestic-related tasks. Some societies do not value reproductive roles because they have no economic return. However, these roles are very important for social and family stability

b) Productive Roles are the activities that men and women engage in to earn a living. These are valued in many societies because they contribute directly to the economy

c) Gender Stereotyping is to have a fixed idea about a community, group or person, but which is usually not true in reality. Gender stereotyping is whereby opinions are formed about what men and women are capable of doing. It reflects people’s attitudes and practices on gender division of labour. For example, some people believe that boys are more capable in science subjects than girls. This is gender stereotyping.

d) Gender Discrimination is a situation where one sex (male or female) is treated either better or worse than the other some traditions and customs discriminate against women and favour men. Women and girls are discriminated right from the family level. For example, some people do not believe that girls should go to school. As a result, there are differences in socioeconomic and development activities.

e) Gender Analysis is a systematic effort to identify and understand the roles of women and men within a given society. It involves collection of gender-specific information and data from the community. This analysis is the first step towards making the gender-sensitive planning needed for promoting gender equality in the society.

f) Gender Mainstreaming is the taking into consideration gender issues in development activities at all levels, for example, making laws, policies and programs. It helps women and men to benefit equally from development projects.

g) Gender blindness is the inability to know that there are different gender roles, gender responsibilities and a gender-based hierarchy. This leads to the failure to realize that policies, programs and projects can have a different impact on men and women.

h) Gender Balance is majorly a human resource concept. It is about ensuring that men and women participate equally at their work places. 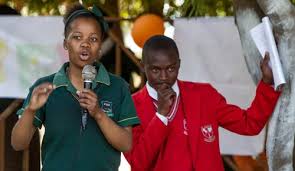 GENDER ISSUES IN THE SOCIETY

Gender issues are topics which arise for discussion because there existsinequality among the two sexes (male and female) in a society. The following are some of the gender issues in the society:

1. Bride price
2. Wife inheritance
3. Female genital mutilation
4. Male dominance in the family community and society
5. Unequal distribution of domestic or economic tasks between men and women.
6. Sexual harassment
Gender issues occur due to contacts with other societies, religions and types of education.

Culture refers to the totality of society’s way of life. It includes the customs, art, beliefs and social organization of a particular group of people. In different societies, there are socio-cultural practices that hinder equal participation between men and women.

1. Wife Inheritance
To inherit means to receive something such as a house, car, farm or money from someone when he or she dies. Some societies in Tanzania regard women as property that can be inherited. In these societies, when a woman’s husband dies, another man who is a member of her husband’s family can inherit her.This practice dehumanizes women and contributes to the spread of diseases such as HIV/AIDS and other sexually transmitted diseases.

Female Circumcision is a Negative Practice because:
1. It can cause women to develop complications when giving birth.

2. The tools which are used for circumcision are not hygienic and are used on many people. Hence, the spread of HIV and AIDS is very likely.

3.Bleeding after circumcision can lead to anaemia or even death.

4. Many girls drop out of school after the initiation because they consider themselves mature women.


3. Early Marriage
Early marriage is the marriage of people who have not yet reached the legal age for such a union. In Tanzania, this age is 18 years.

Early Marriage leads to:
1. Dropping out from school, hence increasing illiteracy in the society.
2. Greater risk of death because the reproductive organs of the young mother are still immature.
3. Higher possibility of divorce and family instability as the couple has little knowledge on family affairs.

This is a situation whereby women are treated badly in comparison to men. This is because of the traditions and customs that exist in some Tanzanian communities. For example, men are the heads of families and are also decision-makers. Women have no right to land, property, education and employment opportunities.

Socio-cultural practices which discriminate against women should be abolished. This is because if women are given a chance, they can contribute a lot to the family, community and society. They are as capable as men in any profession necessary for national development.

5. Cruelty/Violence against Women
Some Tanzanian communities have traditions and customs which give men power to oppress women. Domestic violence is becoming a major problem in many families. Some husbands beat their wives because their traditions and customs encourage this practice. Women are forced to endure this mistreatment because they are dependent on their husbands.

6. Regarding Women as Sex Objects
Some societies in Tanzania regard women as sex objects. A woman has to remain at home so as to refresh a man when he comes from work. She is not allowed to work outside the home. These societies do not allow girls to get higher education, with the belief that it is a waste time and money because girls are married off to serve their husbands.

Though it is very important for a nation to maintain its culture, there are some negative sociocultural practices which should be abandoned in order to bring equality between men and women in the society. Therefore, corrective measures should be taken jointly by the government, community, family, nongovernmental organizations and individual citizens on the following aspects:

1. Empowerment of women: Women should be given a chance to make decisions and exercise their rights.

2. Mass education: People should be educated about the dangers of negative socio-cultural practices such as early marriage and female genital mutilation. This will make people aware of the harm caused by these practices.

3. Enhancing the existing laws on women’s rights: The government should enhance these laws to enable women to participate in the same socio-economic activities as men. For example, women should be able to own and inherit properties like land, houses and business so as to have a strong economic base.

4. Use of mass media: Radio, television and newspapers can be used to educate and give people information concerning negative cultural practices and their effects in the society.

5. Adjust the school curriculum: Students should be made to understand the dangers of negative cultural practices. They should be taught the effects these practices have on the society and also what would be a better way of doing things.