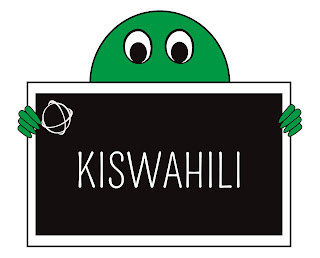 MOST SPOKEN LANGUAGES IN AFRICA

It is common knowledge that Africa is a huge continent—the second largest and most populous one. Spanning over a land area of 30.3 million square kilometers, Africa is home to around 2000 languages and has a population of 1.216 billion people belonging to different native tribes and groups. The 54 countries in Africa all have a wide range of languages as diverse as their ancestral tribes.

This list of languages is not in any particular order.

The most spoken language in Africa is Swahili which is said to have between 100 and 150 million speakers. Known as a ‘Bantu’ language, Swahili apparently originated from other languages like Arabic. This is the official language of Tanzania, Uganda, the Democratic Republic of Congo and Kenya, but it is also used in countries like Ethiopia, Sudan, Burundi, Rwanda, southern Somalia, northern Mozambique and the Comoros Islands. Swahili is the main medium of instruction in schools and it’s not considered a difficult language to learn, especially if you already know some Arabic.
Fun Fact? Swahili was the language used in The Lion King. Remember ‘Hakuna Matata’? That means no worries in Swahili and ‘Simba’ means ‘lion’!

Amharic is one of the main languages spoken in Ethiopia by over 20 million speakers. It is considered the second most spoken Semitic language in the world after Arabic – these are languages that originate from the Middle East alongside Hebrew, Tigrinya and more. Amharic is written using the very unique Ge’ez writing system known as ‘fidel’.
Fun Fact? The capital of Ethiopia is Addis Ababa – this means “new flower” in Amharic.

There are over 30 million Yoruba speakers in Nigeria, Benin and Togo combined, making it one of West Africa’s most spoken languages. This African language has more than 15 dialects including Ekiti, Ijebu, Oworo, Ijesha and Akoko.
Fun Fact? The name Yoruba is also associated with the Yoruba Ethnic Group, which is one of the largest African ethnic groups in the region.

A significant language spoken in countries like Ethiopia, Kenya, Somalia and Egypt is Oromo. Approximately 30 million people use this language and its people account for over 40% of the Ethiopian population. Believe it or not, the Oromos people were forbidden from writing this language between 1974 and 1991. In fact, it was considered a crime. Later however, Oromo scholars adopted a Latin script and it was then used to teach reading and writing.
Fun Fact? The Oromo language is actually called Afaan Oromoo.

As one of Nigeria’s official languages, Hausa has over 40 million speakers around the continent. It is also spoken in countries including Benin, Burkina Faso, Cameroon, CAR, Chad, Congo, Eritrea, Germany, Ghana, Niger, Sudan, Togo and a lot of North Africa. Hausa uses the Boko and Latin alphabet and it is said to be one of the most advanced languages in Africa as a whole.
Fun Fact? Hausa is the only Nigerian language that has foreign station broadcasts. These include the BBC, Voice of Russia and Radio France Internationale.

Alongside Nigeria, IGBO is also spoken in countries like Cameroon and Equatorial Guinea. This popular African language is spoken by 20 million people and it has over 20 individual dialects including Owerri, Eche and of course, Central Igbo. Most Igbo speakers are said to be bilingual in English as it is the principal literary language taught in Nigerian schools.
Fun Fact? The IGBO language gained prominence from Chinua Achebe, author of “Things Fall Apart” and whose majority of books were written in IGBO.

One of the most widely spoken languages of South Africa, Zulu is said to be used by over 10 million people. Part of the Bantu language group, Zulu is very much related to other languages including Xhosa and Ndebele. As a matter of fact, Zulu and Xhosa have such similar dialects, that many wrongly mistake them for being one language.
Fun Fact? “Zulu” is not only a language, it is also the largest Ethnic group in South Africa.

Most prominently spoken in Zimbabwe along with English, Shona is an African language used by over 10 million people. There are 3 distinct Shona dialects including the Karanga, the Zezuru and the Korekore. Stemming from the Bantu/Nguni language family, Shona uses the Latin script in its writing system.
Fun Fact? There are two different versions of Shona used for different purposes. A “low” variety of the language is used on a more casual basis like at home, while the “high” variety is used when praying.

Spoken by 280 million people worldwide, Arabic is also used by people in countries like Egypt, Algeria, Morocco, Mauritania, Libya, Tunisia and Eritrea. There is Modern Standard Arabic which is mainly used in communication with most Arabic speakers. This is the dialect used to write the language and is present in media and books. Classical Arabic, on the other hand, is mainly used to learn the language in an academic way.
Fun Fact? Arabic is one of the six most spoken languages in the world!

Did you know that Portuguese is the official language of six African states? Known as “Lusophone Africa”, these states include Angola, Mozambique, Guinea-Bissau, Cape Verde, Sao Tome e Principe and Equatorial Guinea. Portuguese is used as a mother tongue by approximately 14 million people on this continent and it is said that there are around 30 million people who use it as a second language.
Fun Fact? Portuguese is actually the working languages of the African Union and the Southern African Development Community.

There are 26 African states that make up “Francophone Africa”. The top French-speaking countries in this continent include Gabon, Mauritius, Cote d’Ivoire, Senegal and Sao Tome e Principe. Apart from these, French is also spoken by in North African countries including Algeria, Tunisia and Morocco. Overall, French is spoken by over 120 million people in Africa.
Fun Fact? It is expected that there will be over 700 million French speakres in the world by 2050 – 80% will be located in Africa.