Home English Literature ENGLISH - Poem - IF WE MUST DIE

ENGLISH - Poem - IF WE MUST DIE 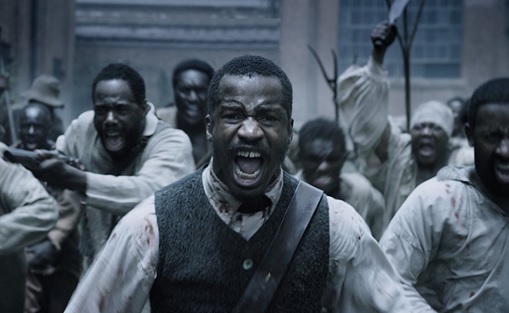 IF WE MUST DIE
By Claude McKay

If We Must Die is a poem by Claude McKay published in the July 1919 issue of The Liberator. McKay wrote the poem as a response to mob attacks by white Americans upon African-American communities during Red Summer.

The poem was reprinted in The Messenger and the Workers' Dreadnought (London) later that year. The poem was also read to Congress that year by Henry Cabot Lodge, the Republican Senator from Massachusetts.

IF WE MUST DIE
By Claude McKay

If we must die, let it not be like hogs
Hunted and penned in an inglorious spot.
While round us bark the mad and angry dogs
Making their mock at our accursed lot
If we must die, o let us nobly die
So that our precious blood may not be shed
In vain; then the monsters we defy
Shall be constrained to honor us though dead.
O kinsmen! We must meet our common foe
Though far outnumbered. Let us show us brave
And for their thousand blows, deal one death blow
What though before us lies the open grave?
Like men we’ll face the murderous cowardly pack
Pressed to the wall dying but fighting back.

Claude McKay was born in 1890 in Jamaica. He went to Kansas to study agriculture at the time when Ku Klux Klan was highly active. He was therefore forced to move to New York in 1914. In 1919 Washington DC newspaper gave stories of an alleged (suspected) sexual assault that was said to be committed by an African American. The stories sparked (caused) a series of twenty riots during the summer of 1919, beginning with white lynch mob (murderous group) that targeted blacks in Washington. There were 28 public lynching (killings) in the first half of the year and the following summer and fall came to be known as “The Red Summer” of 1919. This was the motivation behind McKay’s “If We Must Die”
He wrote the poem amid the violence and bloodshed of 1919, and in this poem he encourages his community to take action and fight back.

SACRIFICE
In the fight against oppression, sacrifice is a valuable commodity. Few People need to sacrifice their lives so that the majority may live in peace. In this poem the poet (McKay) calls for actions against the enemy (foe). However, he shows that the struggle may mean death. But if they must die, it is better to die fighting so that they may be honoured later than dying while doing nothing.
He says
If we must die, o let us nobly die
So that our precious blood may not be shed
In vain! …

HUMILIATION/TORTURE/OPPRESSION
The poet and his fellow kinsmen go through a series of torture and mistreatment from their enemy. They are arrested with no reason, jailed and killed like pigs. This is a situation which affected most African Americans in the time of racial injustice in America and when “Jim Crow laws” were in effect. The poet shows the experience they are going through by saying;
If we must die, let it not be like hogs
Hunted and penned in an inglorious spot.
While round us bark the mad and angry dogs

MOTALITY (DEATH)
Due to this politically charged situation death at least seems the best thing to help a person sort out what is important in life. The speaker speaks about death in a more practical sense - he is actually facing it. It is not the question of whether he will die or what will happen when he dies it is about how he will meet death. To him death is an opportunity to show strength, nobility and purpose.
If we must die, o let us nobly die
So that our precious blood may not be shed
In vain; then the monsters we defy
Shall be constrained to honor us though dead.

AWARENESS.
The persona is aware that they are oppressed by their whites counterparts. He is also aware that whether they fight or not they are bound to die one day. So it is noble to die fighting than to die doing nothing. For him if they die fighting, their enemies will honour them although they are dead.
What though before us lies the open grave?
Like men we’ll face the murderous cowardly pack
Pressed to the wall dying but fighting back

GUIDING QUESTIONS
a)    What is the poem about?
The poem is about the torture, humiliation and oppression the people of African origin were suffering in America and their determination to fight back. The poet shows that it is noble to die fighting against your enemy than to die doing nothing because after all we are bound to die someday whether we fight or not.
b)   What type of the poem is this?
It is a sonnet. It is made up of only one stanza with 14 verses.
c)    Comment on the rhyming scheme.
The poem has a regular rhyming scheme that goes;
ABAB CDCD EFEF GG.
d)   What is the tone and mood of the poem/poet?
The tone is serious and angry and it creates the hatred mood towards the oppressor.
e)    Who is the persona? How do you know?
The persona is a black American who is oppressed, humiliated and persecuted. We know this from the history of the poet and the fact that blacks were hunted, penned (locked in small cells) and killed like hogs (pigs) in America.
If we must die, let it not be like hogs
Hunted and penned in an inglorious spot.
While round us bark the mad and angry dogs
f)    What sufferings does the person experience?
They are hunted (arrested), penned (locked in small cells) with angry and mad dogs guarding them, and they were killed without fair trial.
g)   Is the persona afraid of death? Give reasons to justify your answer.
The persona is surely not afraid of death. The reasons for this are;
o   When you die fighting people will honour you. i.e. it is noble to die fighting. “let us nobly die”
o   Whether he fights or not, he is bound to die someday. “What though before us lies an open grave?”
h)   Comment on the figures of speech and poetic devices
i.    Rhetorical question
o What though before us lies an open grave?”
ii.      Metaphor. He compares the enemy/oppressors with the monsters. ‘The monsters we defy’ and “murderous cowardly pack”
iii.    Images
The poet paints the pictures of;
Visual image. Hogs (pigs) = pigs are killed mercilessly so they should not die the same death.
Barking Mad and angry dogs = this is the picture of the oppressor who guards the Blacks not to escape from punishment.
iv.    Symbolism
“An Open grave” this symbolizes death. Which is to say whether we fight or not death is there waiting for us. Death is the ultimate finality of human life.
‘Blood” is a symbol for sacrifice
v.    Repetition
The phrase “if we must die” is repeated for emphasis
vi.      Hyperbole. “For their thousand blows”
vii.            Simile. If we must die let it not be like hogs
viii.    Satire/Irony
The poet mocks both the enemy and himself.
“Like men we’ll face the murderous cowardly pack.” He mocks the oppressor that he is coward like a group of wolves. But how can someone coward press you to the wall dying. He shows that he is himself weak/inferior to the enemy. Also shows that the enemy is capable of dealing a thousand death blows but he can deal only one.
i)     The poet calls his enemy “the murderous cowardly pack” what does that mean?
A pack is a group of dogs or wolves hunting together. He compares the oppressors as a cowardly pack because the Whites were hunting Africans in notorious mobs and not individually. This shows that they were coward as well.
j)     To whom is the speaker talking?
The speaker calls for action from his fellow kinsmen (the oppressed) or more specifically Black-Americans.
“Oh Kinsmen! We must meet our common foe”
k)   Is the poem relevant today?
ü  The poem is still relevant because oppression, injustice and racial prejudice are still prevalent in different parts of the world. Awareness, sacrifice and determination are still needed when it comes to fighting for our rights.
ü  Also it is very true that those who died fighting during this period of racial injustice in America are honoured until now in the history of America. Think of Martin Luther King Jr, and Malcolm X.