ENGLISH - Poem - I TOO SING AMERICA 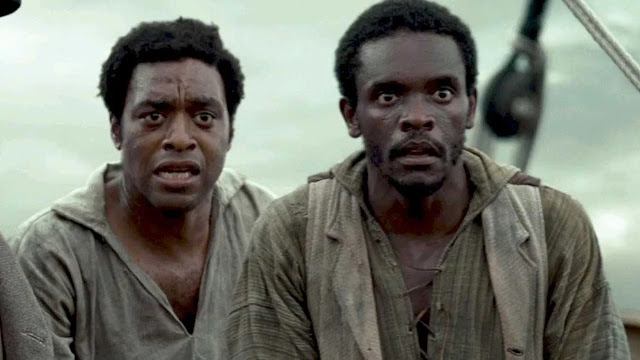 I TOO SING AMERICA
By Langston Hughes

"I, Too Sing America" is a poem written by Langston Hughes that demonstrates a yearning for equality through perseverance while disproving the idea that patriotism is limited by race.
It was first published in March 1925 in a special issue of the magazine Survey Graphic, titled Harlem: Mecca of the New Negro. It was later reprinted in Hughes' first volume of poetry, The Weary Blues in 1926.

I TOO SING AMERICA
By Langston Hughes

I, Too Sing America
I am the darker brother
They send me to eat in the kitchen
When company comes,
But I laugh,
And eat well,
And grow strong

Tomorrow,
I’ll sit at the table
When company comes.
No body’ll dare
Say to me,
‘Eat in the kitchen’,
Then.

Besides,
They’ll see how beautiful I am
And be ashamed –

"I, Too Sing America” is a poem written by Langston Hughes from the perspective of an African-American man - either a slave, a free man in the Jim Crow South, or even a domestic servant. The speaker begins by declaring that he too can “sing America,” meaning that he is claiming his right to feel patriotic towards America, even though he is the “darker” brother who cannot sit at the table and must eat in the kitchen. They were forced to live, work, eat and travel separately from their white counterparts. Hughes is expressing his belief that African Americans are a valuable part of America’s population and that he foresees a racially equal society in the near future.

RACIAL SEGREGATION.
This poem reminds us far back to the common practice of racial segregation during the early 20th century, when African Americans faced discrimination in nearly every aspect of their lives. They were forced to live, work, eat and travel separately from their white counterparts. The persona shows that when there are visitors coming he is sent to eat in the kitchen – a sign of racial segregation. He says
I am the darker brother
They send me to eat in the kitchen
When company comes.
The Blacks were segregated from enjoying the opportunities that America had to offer. They had few civil or legal rights, were often victims of racial violence, and faced economic marginalization in both the North and the South

IDENTITY AND AWARENESS
The persona is aware of his African identity and he is proud of it. Even when they seem to segregate him in enjoying some of the opportunities he does not react with violence. He accepts his condition and turns it into a praise song that though he is a darker brother who cannot sit at the table and must eat in the kitchen, he has the rights to feel patriotic towards America. The words “I am a darker brother” sum up his African Identity. Furthermore he shows that he is so positive about what happens to him. As he says
But I laugh
And eat well
And grow strong

OPTIMISM AND HOPES
The persona is optimistic about his future life. He proclaims that "tomorrow" he will join the others at the table and no one will dare send him back to the kitchen. Not only that, but the "others" will also see “how beautiful” he is and will therefore feel ashamed.
Tomorrow,
I’ll sit at the table
When company comes.
No body’ll dare
Say to me,
‘Eat in the kitchen’,
This statement is extremely hopeful and optimistic. He believes that there will be a day when racial tension in America will come to an end and there will be a racially equal society in the near future. Above all Hughes wants the white population to realize that African-Americans are also a valuable part of the country's population.
I too, am, America.

CLASSES
In America everything was done on the bases of racial prejudice. There are two classes in this society. The low class comprising of the Black Americans who are sent to eat in the Kitchen and the White population who eat at the table.
I am the darker brother
They send me to eat in the kitchen
When company comes,
This class division was so intense during the days of civil rights movement. Today they are gradually fading away as the white population in America is beginning to recognise and appreciate the potentials in the Black Americans. Today as the persona predicted the Black Americans can sit at the table with White Americans in a sense that the opportunities for prosperity described in The American Dream are now free for every American. It is stated that "life should be better and richer and fuller for everyone, with opportunity for each according to ability or achievement" regardless of social class or circumstances of birth.

GUIDING QUESTIONS
Ø  What is the poem about?
The poem is about a Black American who claims his right to feel patriotic towards America, even if he is a “darker” brother who cannot sit at the table and must eat in the kitchen. He expresses his belief that African Americans are a valuable part of America’s population and that he foresees a racially equal society in the near future.
Ø  What type of the poem is this?
It is a freeverse/modern poem as it has variation in the number of verses in each stanza. Specifically it is a Lyric poem. It expresses the strong feelings of the poet towards racial injustice in America.
Ø  Who is the persona and how do you know?
The persona is a black American. This is revealed in the first line of the second stanza when he says “I am the darker brother” and the last stanza “I too am America”
Ø  What is the tone and mood of the poem?
The tone is neutral and optimistic as the persona turns the mistreatments of his counterparts into a praise song about his African-American Identity. He is not angry at what they do to him but remains optimistic waiting for a better future. The mood is neutral and optimistic.
Ø  Comment on the structure of the poem.
The poem is made up of five stanzas of unequal number of verses and uneven length of lines per stanza.
ü  Stanza one has only1 line
ü  Stanza two has 6 lines
ü  Stanza three has 7 lines
ü  Stanza four has 3lines
ü  Stanza five has only 1 line.
Ø  Language use
The language used is simple and easy to understand. He has used some words that carry the message across. A word like “darker” brother tells something about the personas background.
Also the use of ungrammatical English in the last stanza tells something about the language used by the Black Americans. “I, too, am America” instead of “I am an American too”. This is because of Poetic license when the poet wants to achieve a particular effect.

MESSAGES
Ø  Racial segregation should be abolished. Don’t judge the book by is cover.
Ø  Both blacks and whites in America should be given equal rights to enjoy the opportunities in America.
Ø  It is good to remain optimistic about life for good things lie ahead.
Ø  Africans should be proud of their African Identity.

RELEVANCE
Ø  The poem is relevant in those countries that still have racial segregation.
Ø  There are people who are always optimistic no matter what circumstances they go through.
Ø  There are classes in most societies though not necessarily based on colour.